More than two dozen outstanding high school chemistry students from across the region participated in the recent MTSU Department of Chemistry Scholarship Tournament.

Held in the Science Building, the competition recognized nearly 30 outstanding chemistry students from Rutherford and surrounding counties while giving them an up-close look to consider MTSU as their college choice. Participants included seniors who had completed a year of chemistry and qualified juniors. 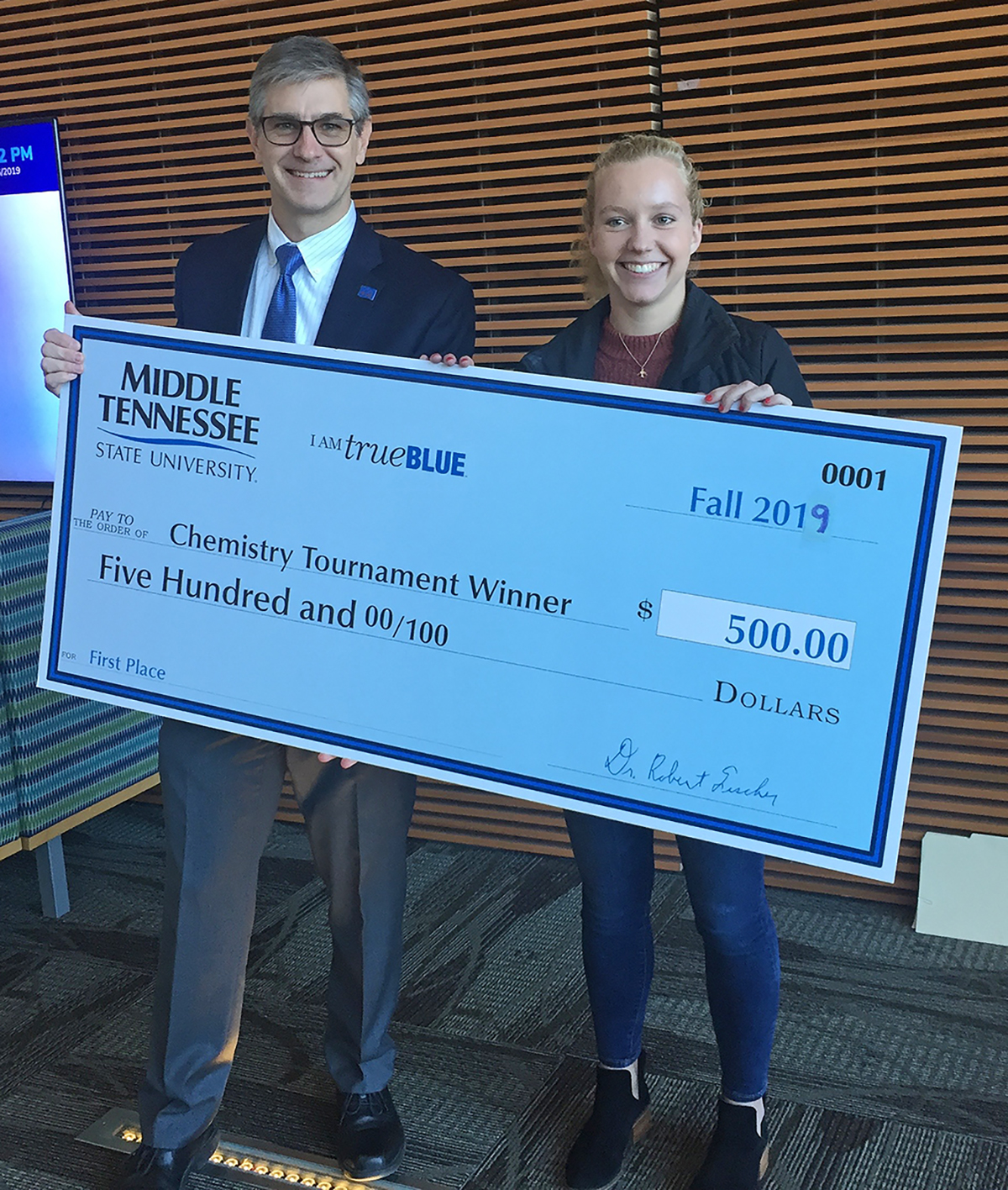 Incentives included special awards (scholarships to attend MTSU and cash) to the top three senior finishers and top junior from the approximately 90-minute exam “based on general chemistry that a high school student would have covered,” said professor Norma Dunlap, who directed the event. 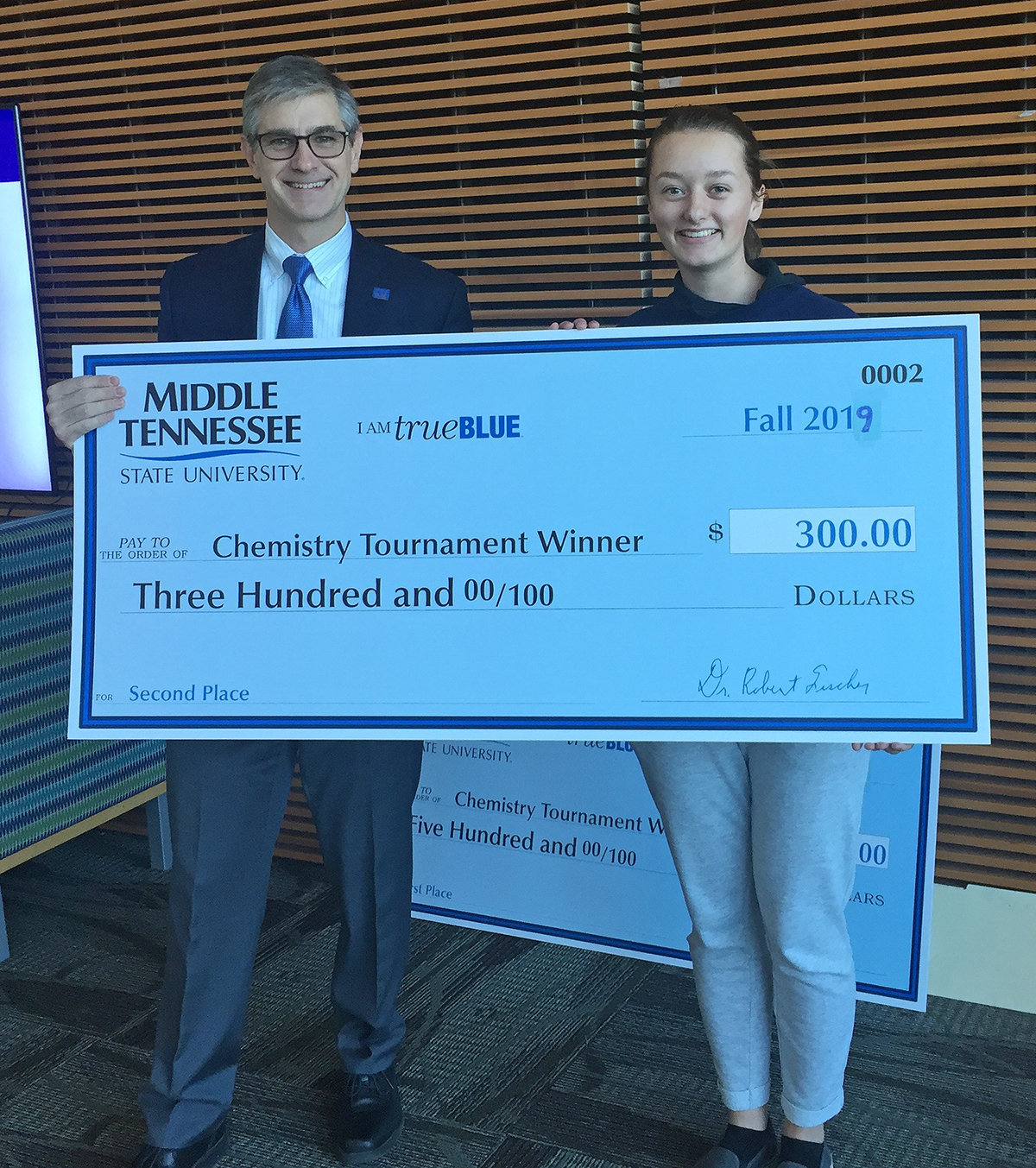 MTSU Department of Chemistry Chair Greg Van Patten, left, presented Sydney Coil with a $1,500 scholarship and $300 cash prize for finishing runner-up in November in the 2019 Chemistry Scholarship Tournament in the Science Building. Coil is a senior at Independence High School in Thompson’s Station, Tenn. (Submitted photo)

The chemistry department scholarships are contingent upon the recipients applying, being accepted and enrolling in classes for the fall 2020 semester, Dunlap said.

The students toured the 250,000-square-foot Science Building (including state-of-the-art research labs and collaborative learning spaces) that opened in 2014 and learned about the program from current students Grace Millican, Jared Frazier, Isabella Barnett and Josh Couch.

Barnett is an Honors student majoring in forensic science. Couch is a senior transfer from Cleveland State Community College.

MTSU has more than 300 combined undergraduate and graduate programs. Chemistry is one of 11 College of Basic and Applied Sciences departments. 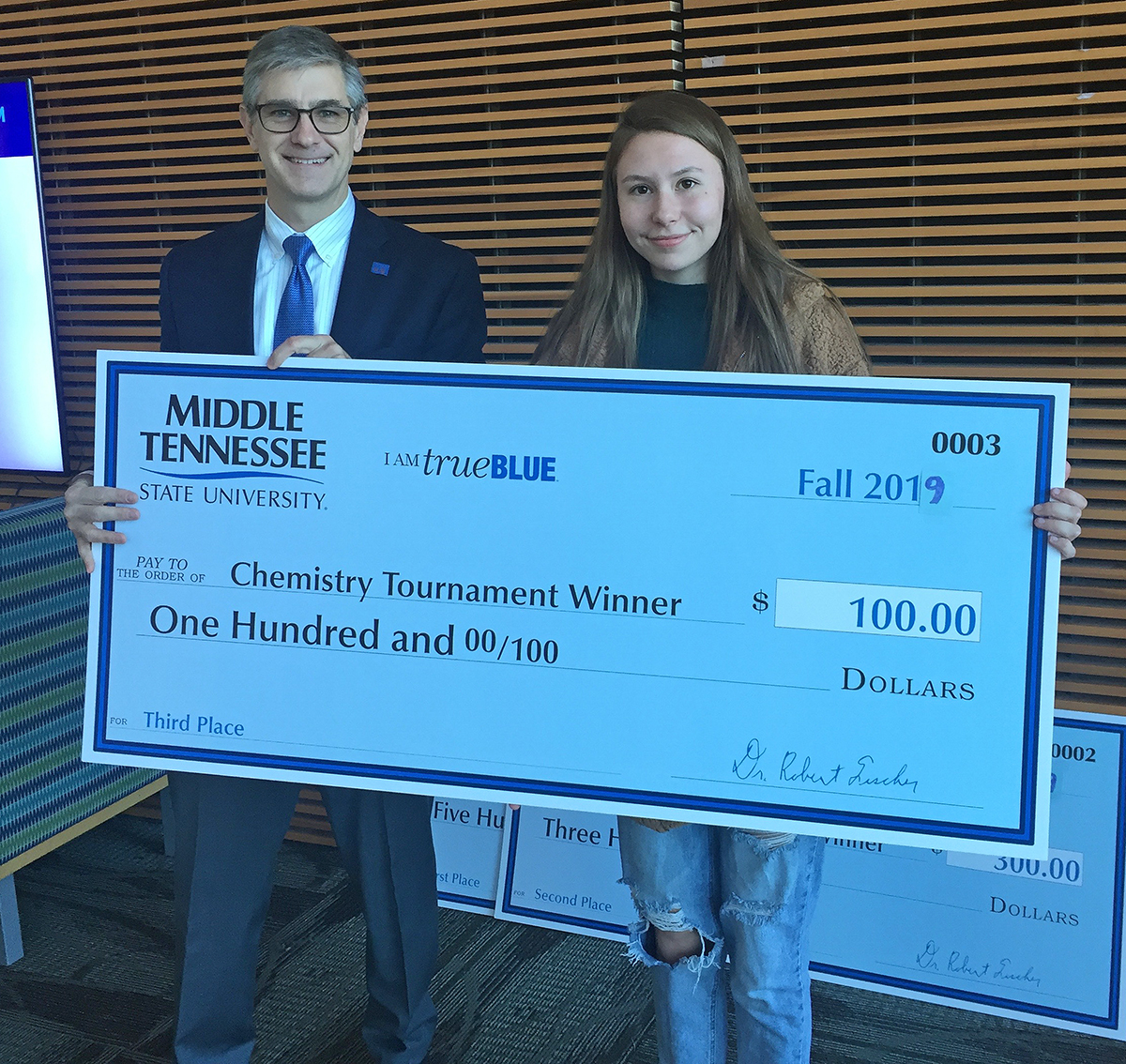 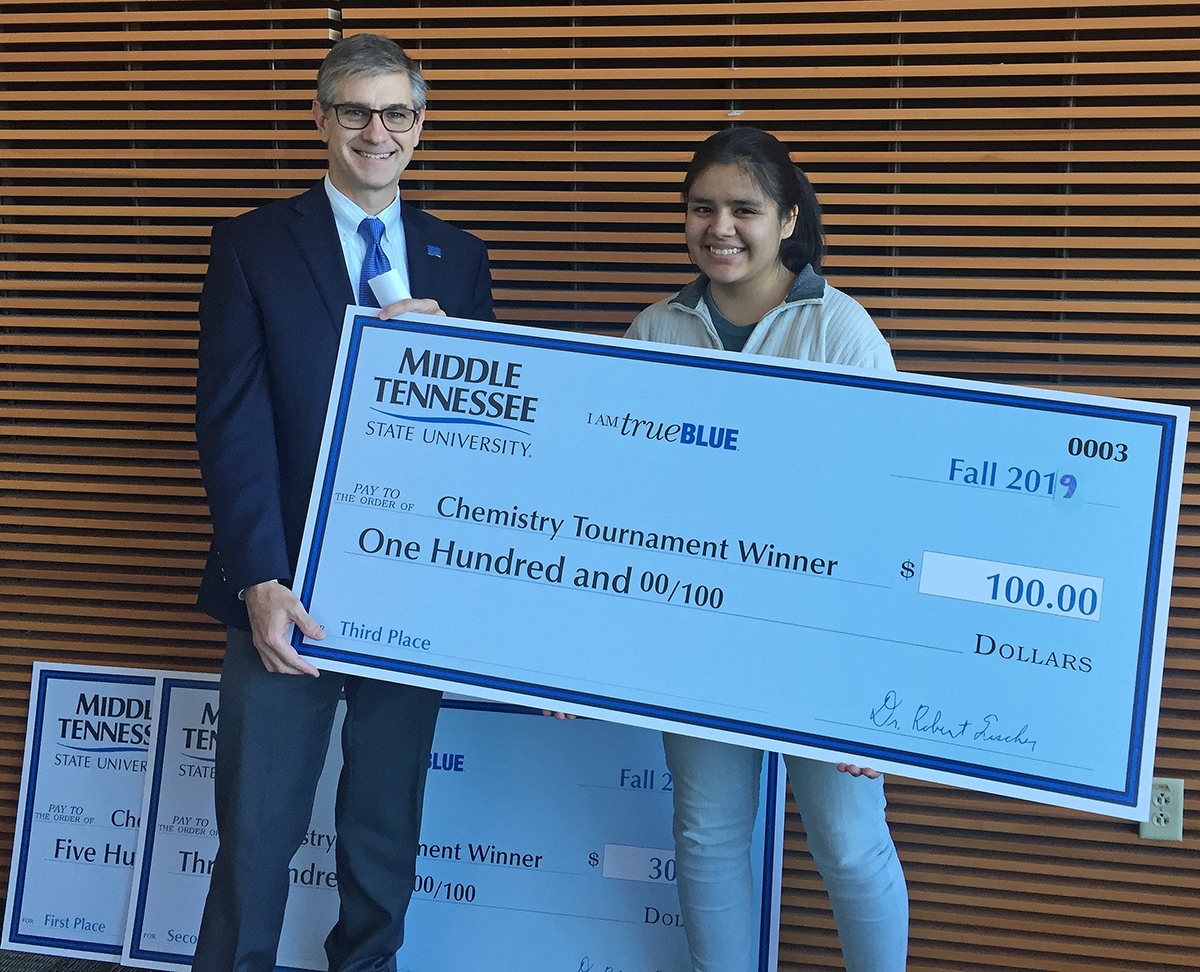 MTSU Department of Chemistry Chair Greg Van Patten, left, awarded Lizbeth Lozano a $100 cash prize for being the top junior winner in the 2019 Chemistry Scholarship Tournament, held in the Science Building on campus. Lozano is a student at Central Magnet School in Murfreesboro. (Submitted photo) 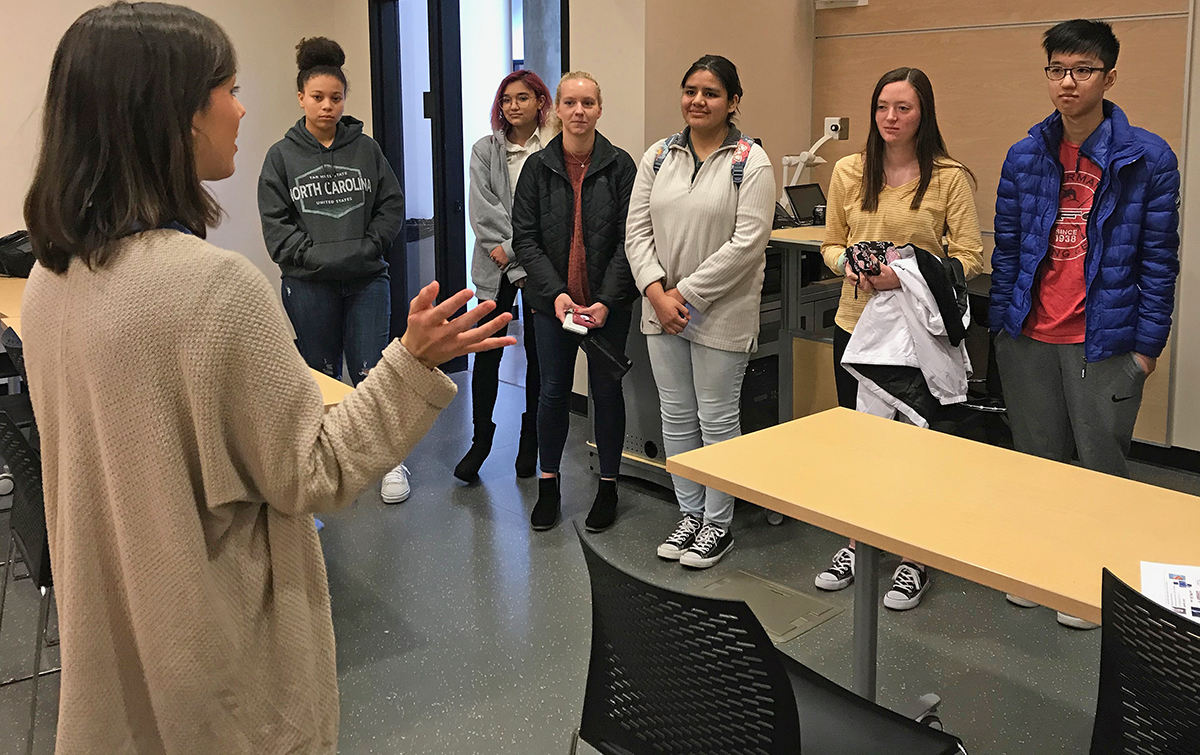