‘You’ve got what it takes’ to succeed, speakers te...

“There will be days you will wake up and say, ‘Oh, no, I cannot face this another day.’ Then when you look in the mirror, you say, ‘Yes, I can do this. I have proven it, because I’ve gotten through Middle Tennessee State University, and there is nothing and nobody who’s going to keep me back. It may slow me down, but it is not going to stop me from reaching my goal.’ Each of you has proven that you’ve got what it takes to get ahead or you would not have succeeded to be at today’s ceremony.” 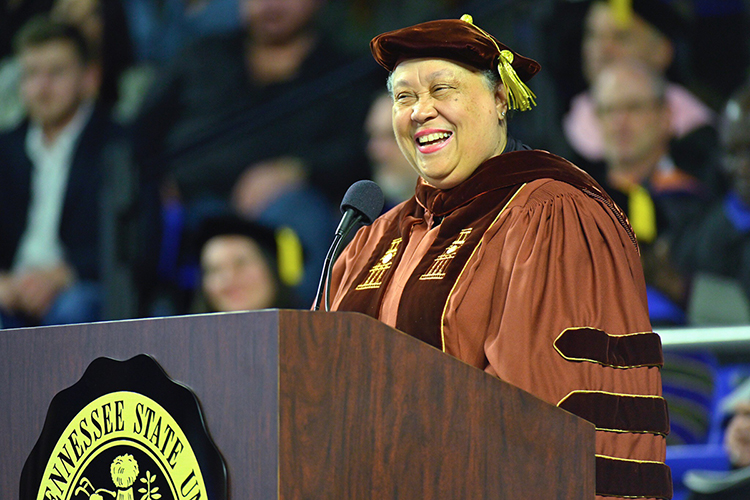 Country music entertainer and former MTSU student Chris Young told graduates at the morning commencement event that the skills and effort they used to earn their degrees will be useful again and again.

“On the hard nights where you operated on little to no sleep, getting things done, putting in the work that no one is aware of? That’s all on you. And you should be incredibly proud of that. All of the work that you did that no one sees? That’s the thing that will separate you from everyone who didn’t do it,” he said.

“It’s easy to talk about the hard work you want to do. It’s much more difficult to put that time in. To really dig deep on the days that you don’t want to — that’s the perseverance that will make the difference.” 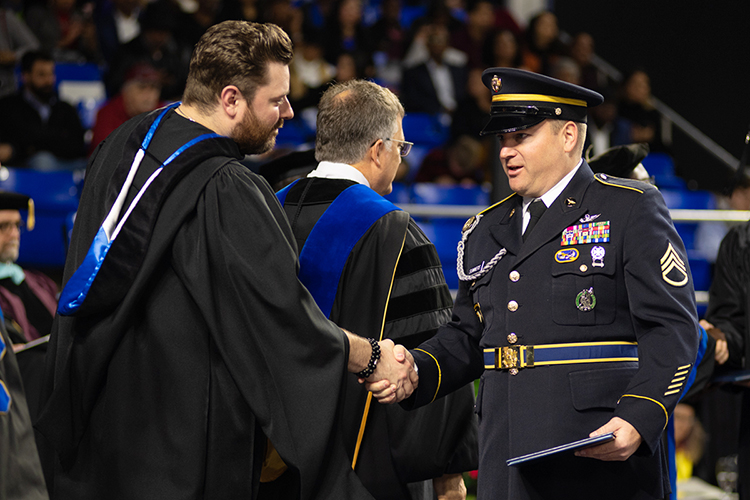 Lindsay Redus, a management major who accepted her Bachelor of Business Administration degree from the Jones College of Business in the morning ceremony, said she’s ready to start a great new life chapter.

“It doesn’t feel real, but I’m ready for it,” said Redus, a Memphis native who now lives in Murfreesboro.

Her internship at La Vergne, Tennessee-based Cardinal Health is turning into a full-time job in pharmaceutical sales, and she’s full of confidence thanks to the Dale Carnegie Communications and Human Relations Seminar she took this fall with business Dean David Urban.

“I wanted to speak confidently in front of a group and now I can,” she said. “It was a big struggle. I needed help with talking to people — something that was holding me back.”

“A high school teacher got me interested in forensic science, so I came to MTSU’s CSI Summer Camp and met Dr. Hugh Berryman,” said the Dickson, Tennessee, native. “From there, I found out I liked anthropology as a whole.

“I can’t believe it’s over. All my professors are like family. Being here has been like having a second home.”

MTSU President Sidney A. McPhee pointed to the fact that nearly 8 out of 10 graduates remain in Tennessee to put their new degrees to work, creating an economic impact of billions of dollars annually.

“This institution and our graduates fuel much of the prosperity we enjoy in our region and state,” he said. “As proud as I am of all that we represent at this university, I am even more proud to shake the hands of these exceptional students and confer the degrees that they have earned.”

Graduation information — including links to maps and driving directions to MTSU, cap-and-gown information, official photographs and contacts for the Registrar’s Office — also is available anytime at http://mtsunews.com/graduation-info. 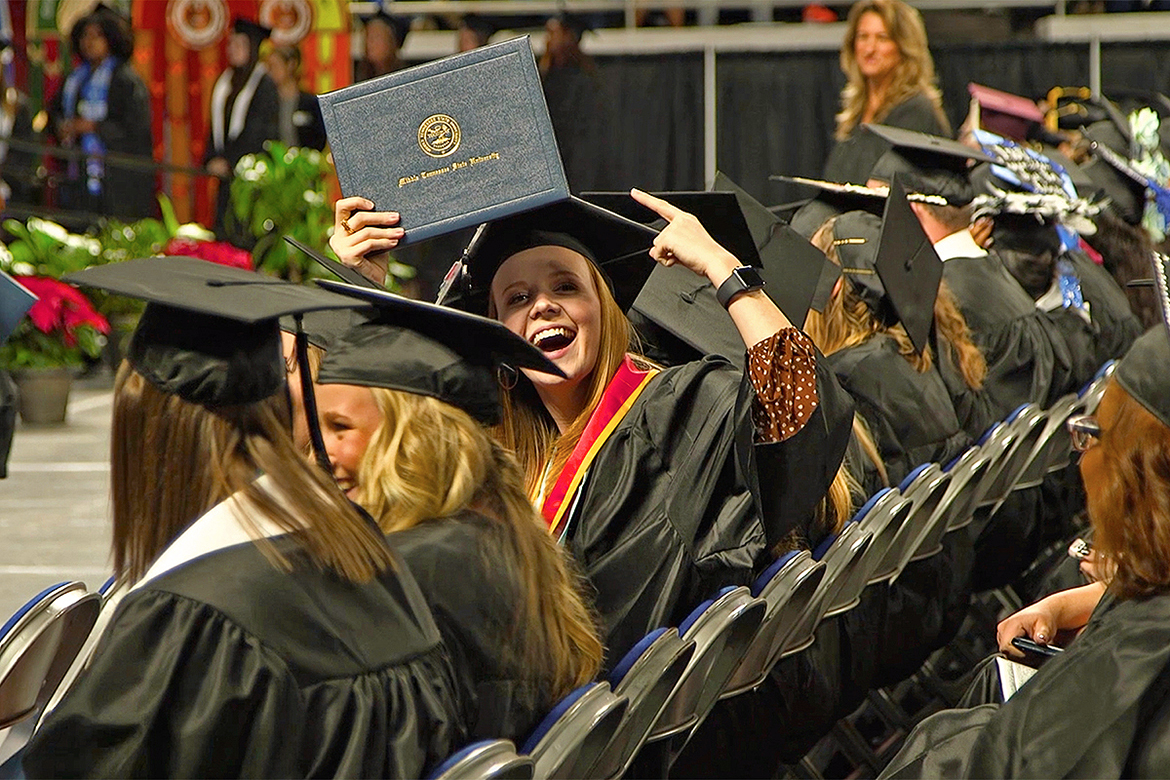 A new MTSU graduate shows her degree to family and friends in the audience at Murphy Center Saturday, Dec. 14 at the university’s fall 2019 commencement event. MTSU presented 1,759 undergraduate and graduate degrees in two ceremonies concluding the fall 2019 semester. (MTSU photo by Joseph Poe) 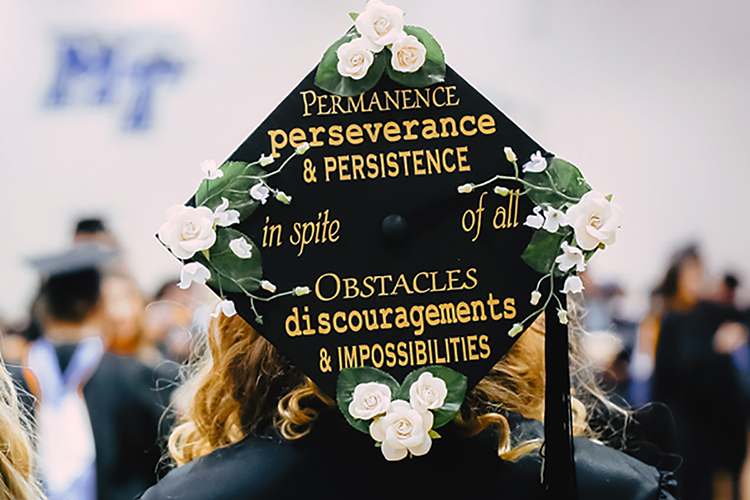 An MTSU Class of 2019 graduate proudly displays her customized mortarboard, complete with an inspirational quote from Scottish historian and essayist Thomas Carlyle, while preparing for the university’s fall 2019 commencement ceremonies inside Murphy Center on Saturday, Dec. 14.(MTSU photo by GradImages) 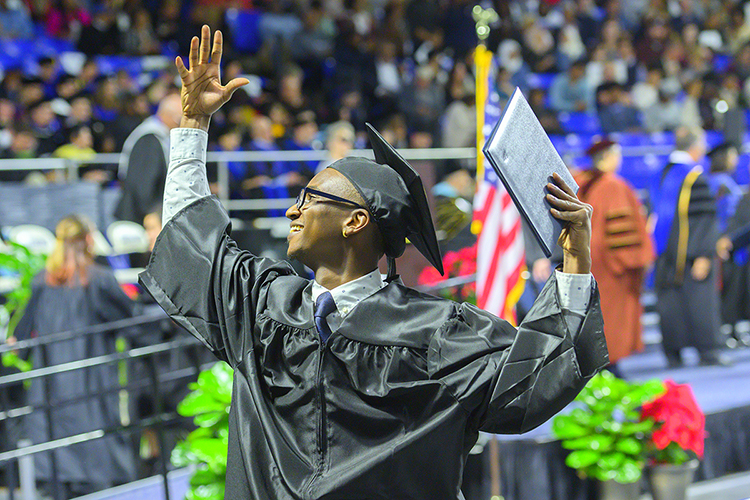 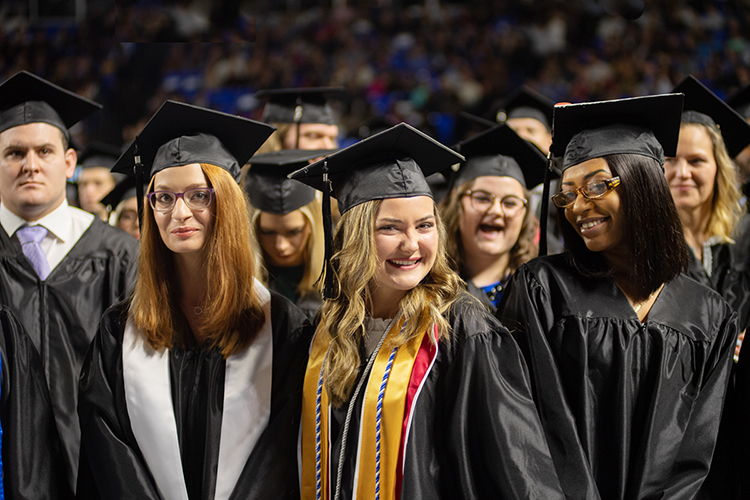 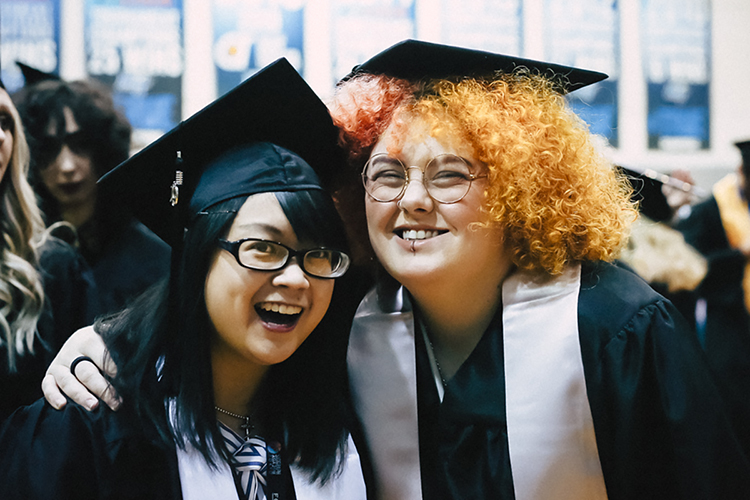 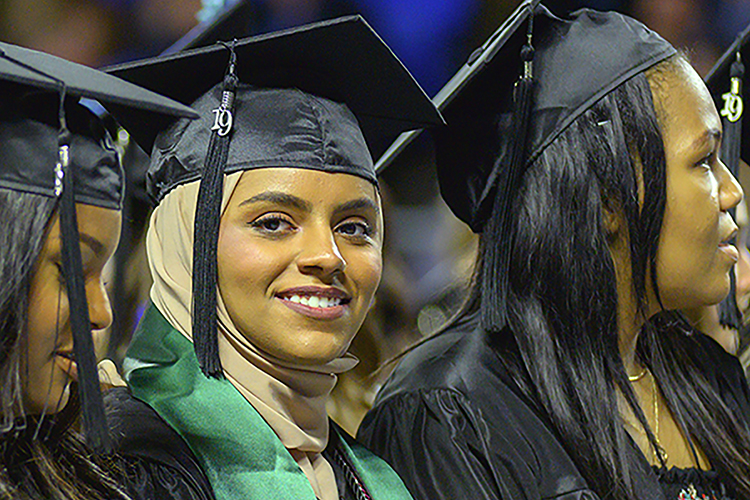