MTSU police, community meet for donuts, dialogue at Coffee with a Cop event 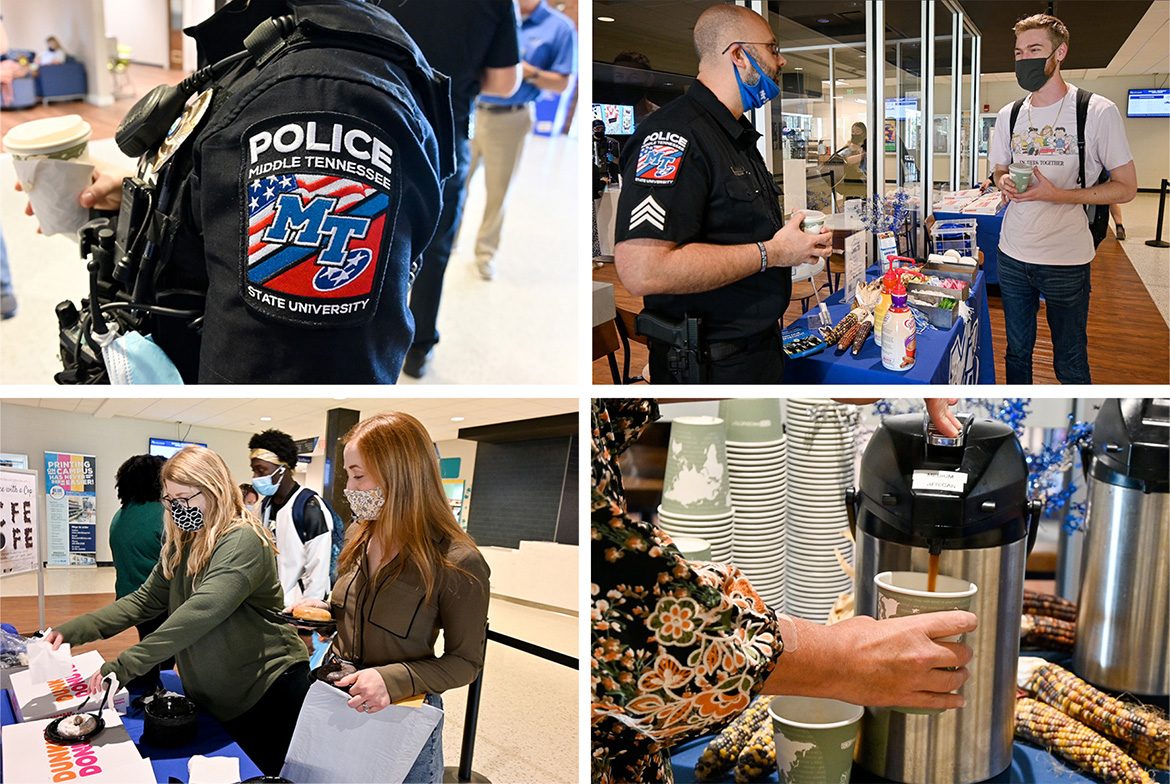 MTSU Police hosted students and the campus community to share casual conversation along with complimentary coffee and donuts recently at Brewed Awakenings inside Keathley University Center.

Kevin Williams, interim chief of police, said outreach is critical for the department’s sincere engagement with the True Blue community.

“We believe our very existence is to serve and protect the most precious MTSU assets: students and university employees,” Williams said. “Research has shown such partnerships are best developed and sustained when the community knows its officers.

“When the campus community knows we are committed to serving with a guardian mindset, we have accomplished one aspect of our mission: building and maintaining trust.”

At the coffee shop and surrounding lobby inside the KUC, MTSU community members dropped by the Sept. 29 event to refuel with the food and drink and chat with the officers.

Many were surprised by the normal, everyday conversations they shared with the men and women who serve the campus community.

“When you get a chance to sit down and have conversations with someone, you learn more about them as a person and where they are coming from,” said Capt. Jeff Martinez, who participated in the event.

“Our department is dedicated to being honest and open with our community, and we want them to know that we have the same issues anyone else has. Getting a cup of coffee and listening to our community is important to us, and we are happy to engage and listen to their opinions, needs and wants for MTSU.” 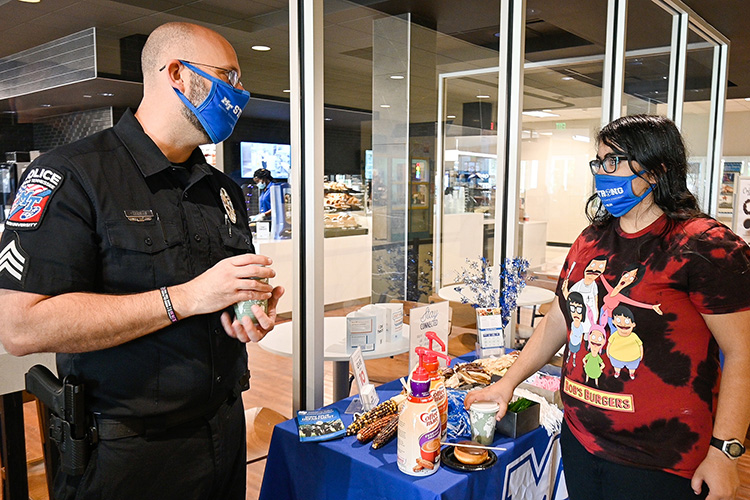 “Our conversation was good. It humanized the police officer,” Habib said.

“The officer I spoke with was genuine, down to earth and seemed interested in connecting with me,” Walton said. 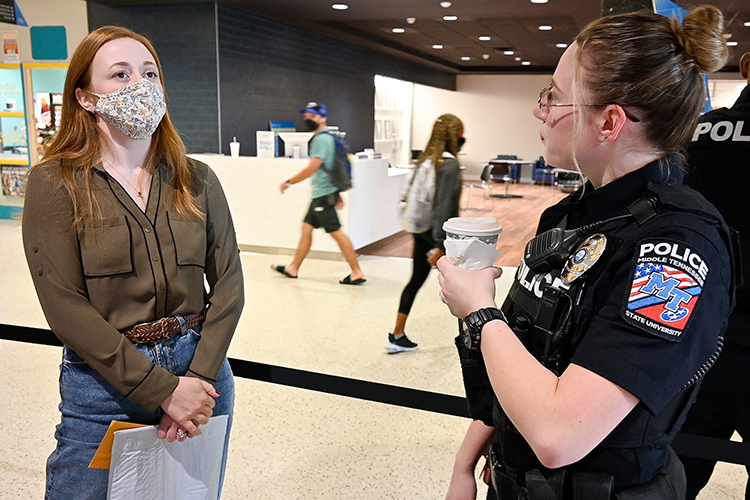 Campus police have successfully hosted several other community outreach programs, including DUI seminars and traffic stop simulations. The department previously partnered with the Murfreesboro Police Department in an off-campus Coffee with a Cop event, but this was the first one put on exclusively for the campus community.

The officers hope to make it an annual event.

For those who were unable to attend, officers encourage MTSU community members to connect with them through social media on Twitter, Instagram and Facebook or to stop by the department directly on campus.

“As long as we are not currently handling a call or actively on a traffic stop, we will do our best to answer any questions someone may have,” Officer Katelynn Erskine said.

The MTSU Police Department is an independent law enforcement agency recognized as such by the FBI and the state of Tennessee. The department currently consists of 36 commissioned police officers, six full-time dispatchers, approximately 20 part-time student workers, plus full-time administrative staff. University Police operates 24 hours a day, 7 days a week, and is located at 1412 E. Main St. The main number is 615-898-2424. 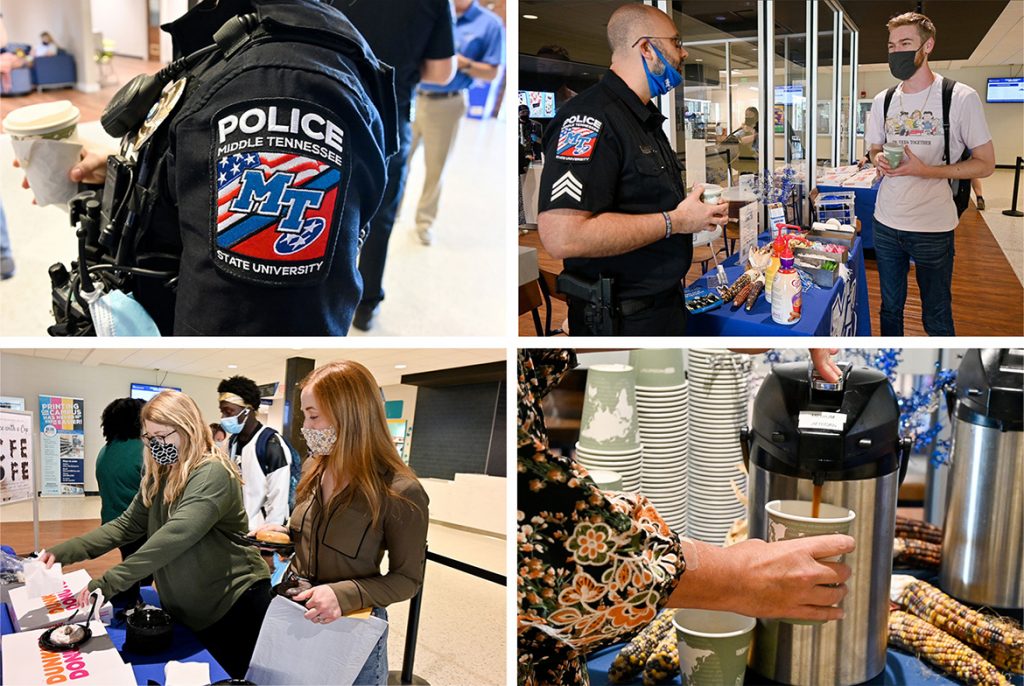 Middle Tennessee State University Police shared complimentary coffee, donuts and conversation with the MTSU community at the Coffee with a Cop event hosted at the Keathley University Center on campus on Sept. 29, 2021. (MTSU photos by Stephanie Barrette)