Addressing the new batch of Middle Tennessee State University freshmen, the Class of 2023, near the end of her 20-minute talk, historian and author Tara Westover provided sound advice. 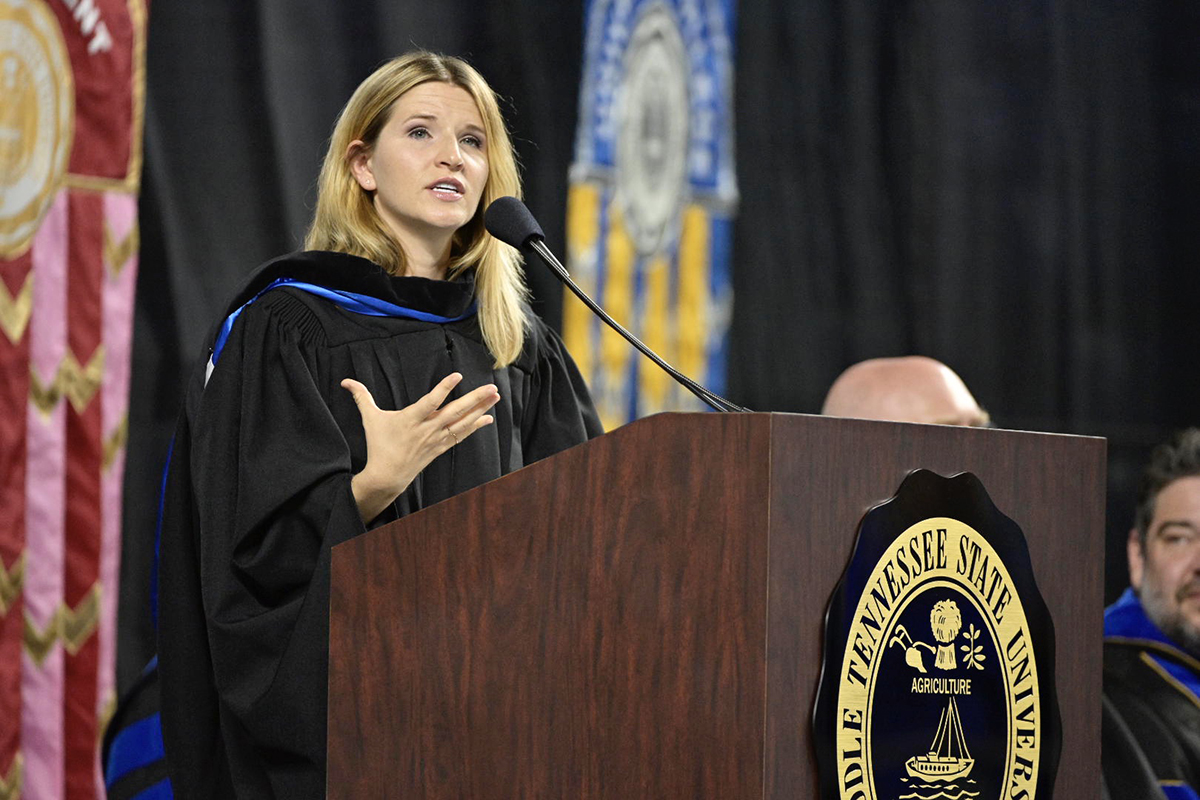 Author and historian Tara Westover addresses the crowd of more than 5,000 people at the 18th University Convocation. Westover spoke Saturday, Aug. 24, in Murphy Center. “Don’t mistake the middle of your story for the end,” Westover said. And regarding passions in your life, “take your passion seriously before you turn your back on that because you don’t necessarily know where your passion will take you.” (MTSU photo by Andy Heidt)

Convocation marks the official start of the 2019-20 academic year at MTSU. “Educated: A Memoir” was chosen as the Summer Reading Program selection, a book all freshmen were to read before classes begin Monday, Aug. 26, and one that faculty will use in a number of classes across campus to stimulate dialogue.

The book is a coming-of-age biography about Westover’s upbringing in a survivalist family in Idaho and her choices to leave that life behind and pursue public education, eventually leading to her earning a doctorate in history from Cambridge University.

Earlier in her talk, Westover told the audience she considers “passion (as) the love of hard work. It’s pretty rare to have a passion. So whatever yours are, look after them. Take your passion seriously before you turn your back on that because you don’t necessarily know where your passion will take you. You know that if you don’t have one (a passion), it won’t take you anywhere.”

Homeschooled along with three brothers and a sister by their mother, Sandy Fecci, Seth Fecci, 18, of Woodbury, Tennessee, a College of Media and Entertainment interactive media major and Jones College of Business marketing minor, thoroughly enjoyed reading Westover’s book, as did his mother. 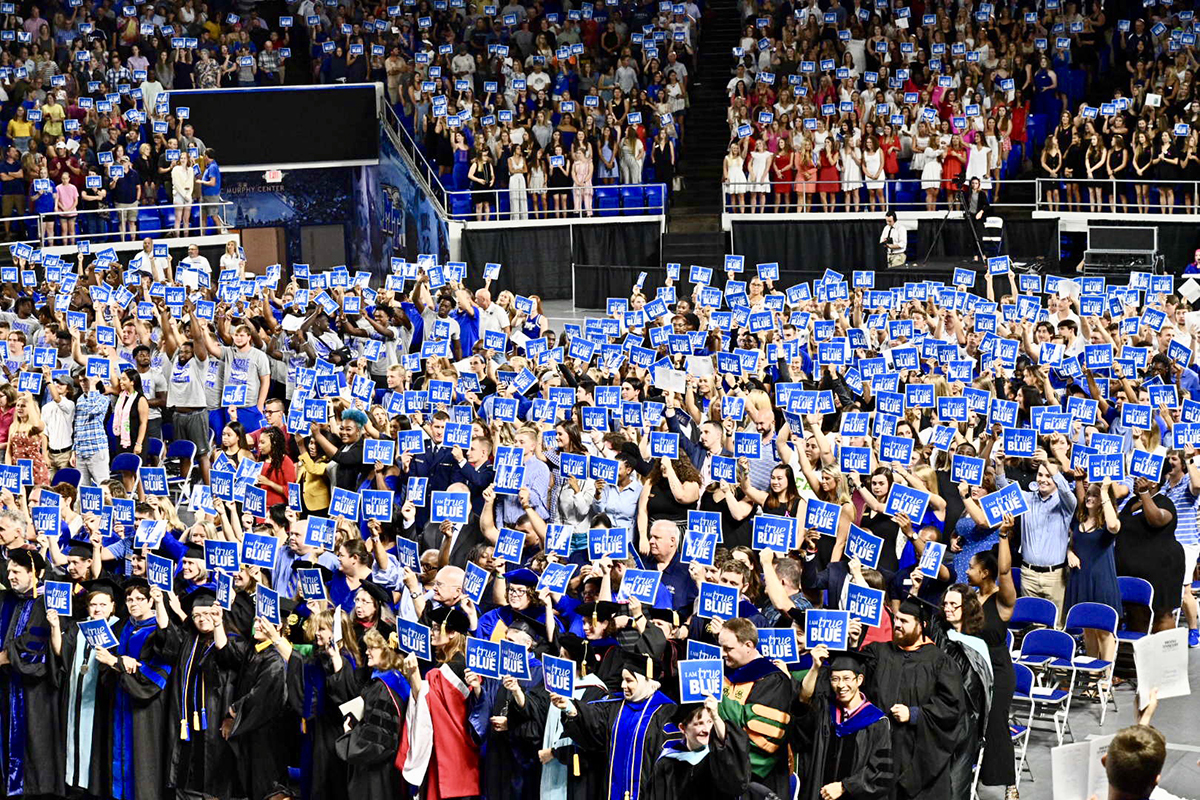 “The way she writes is so captivating, with all the little details, like how she told how her dad dumped scrap iron, which caused her leg to get cut,” Seth Fecci said. “Seeing her dad’s view of education and his misconception that government is terrible and the FBI is going to come after them. It was a great book. I loved it.”

Following CUSTOMS orientation — “they make it so easy, the (Blue Elite) ambassadors do such a phenomenal job that I want to do that one day — Fecci’s all-in at MTSU. He will take five classes, commute from home, where brother Joel Fecci is an MTSU dual-enrollment student, continue to work at Chick-fil-A and be involved on campus, attending football and basketball games, and in leadership at Believers’ Chapel.

MTSU President Sidney A. McPhee told the new students the start of the new academic year means “new relationships — you will be meeting individuals (faculty and staff) who will change your life and are the heart and soul of MTSU.” He also said the freshmen set another record for ACT and that this is the third-largest freshman class in the history of the university. 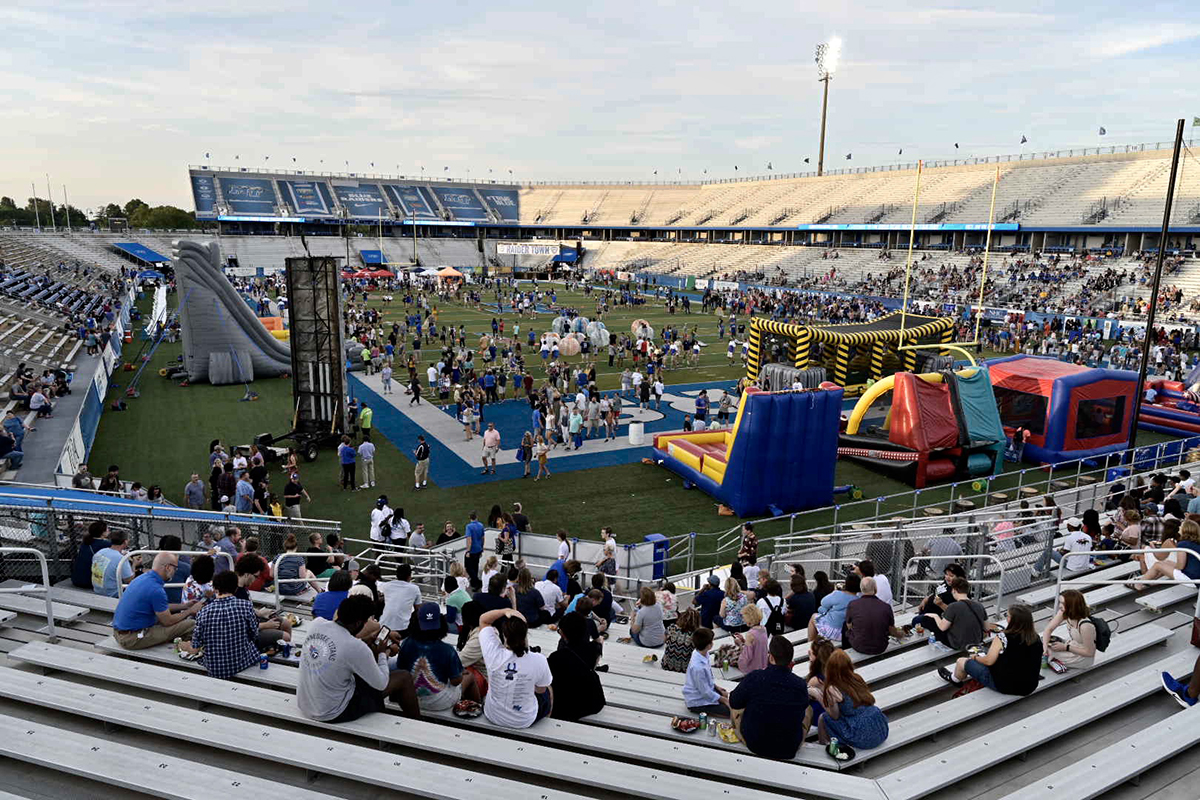 Deb Sells, vice president of Student Affairs and vice provost of Enrollment and Academic Services, told the freshmen they were entering “a community of learners and making the transition from where you have been to where you are going.”

Delanie McDonald, Student Government Association president and an Honors College Buchanan Fellow, and MTSU first lady Elizabeth McPhee drew two of the largest audience acknowledgements. In what has become a tradition, McDonald led the audience in recitation of the True Blue Pledge that outlines the university’s values.

Convocation was followed by the annual President’s Picnic in Floyd Stadium, where the freshmen posed for a group photo. As a bonus, MTSU Athletics held Fan Day in Floyd Stadium after the picnic, with a number of community partners participating. 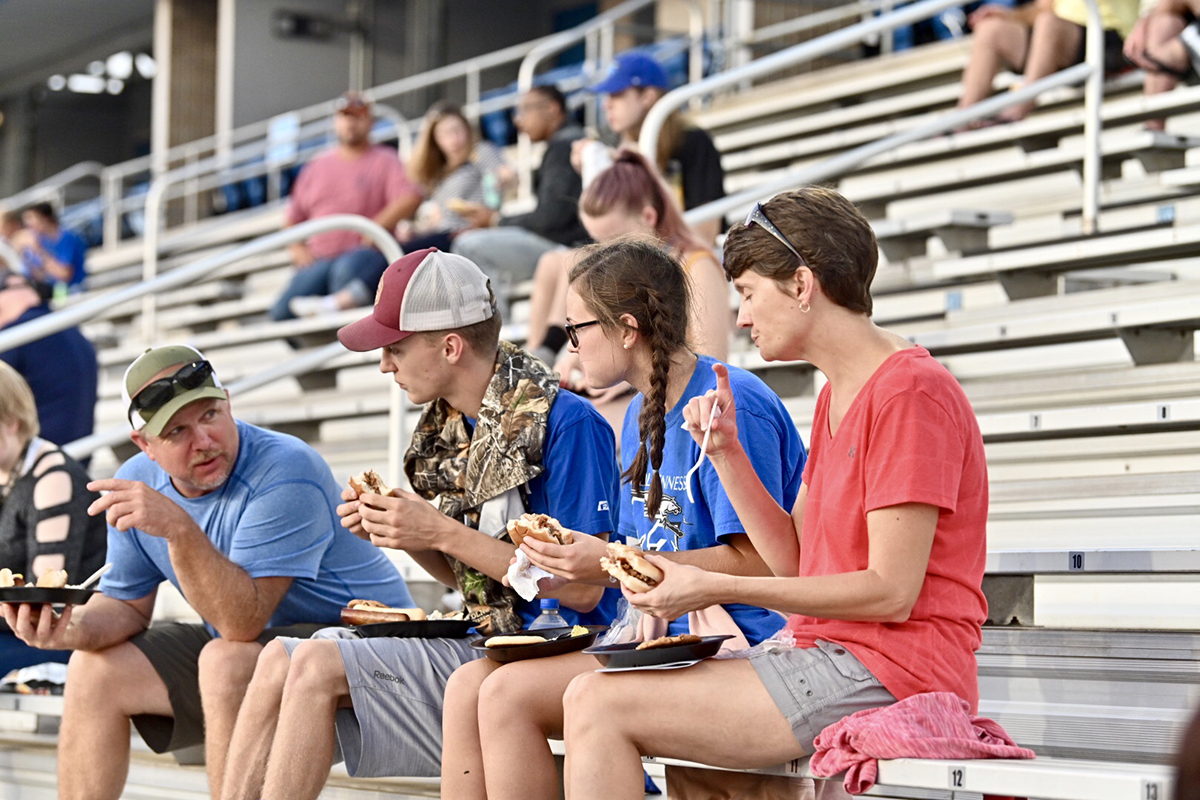 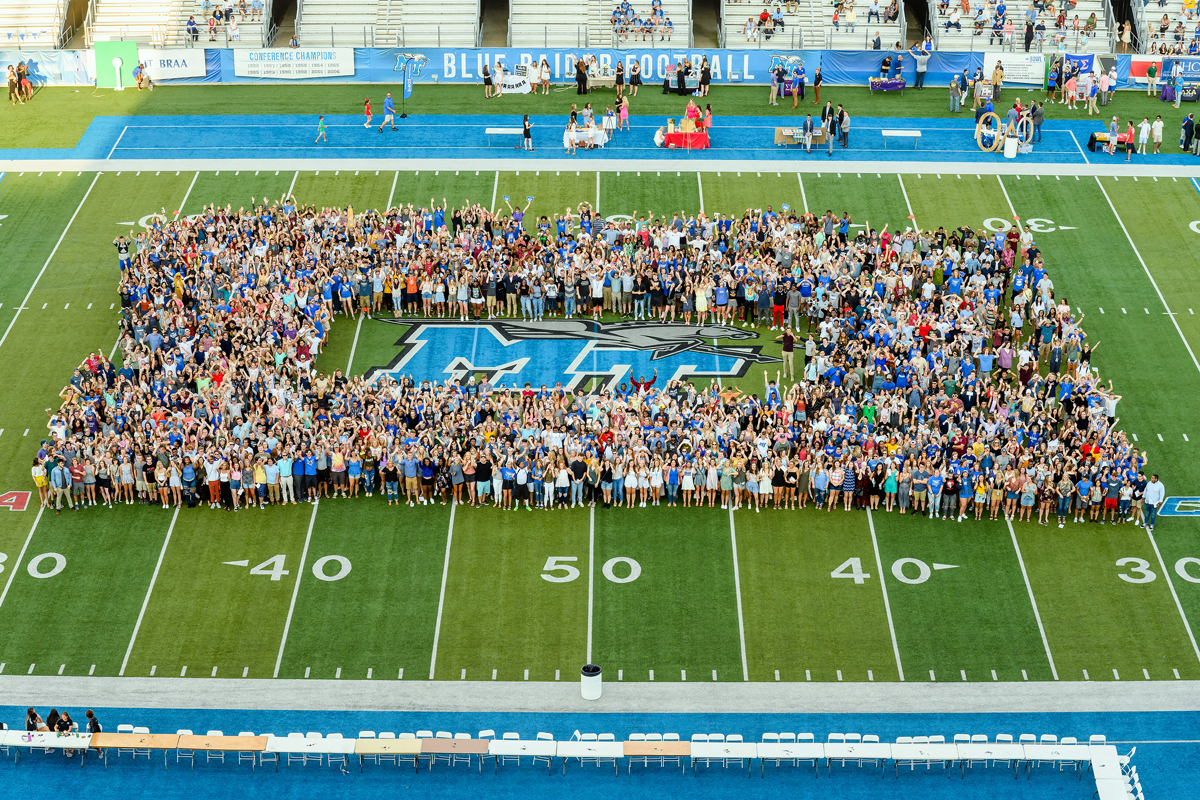 The 2019-20 MTSU freshman class — aka Class of 2023 — gathers on the turf of Horace Jones Field in Floyd Stadium for a group photo as part of University Convocation, the President’s Picnic and MT Athletics Fan Day Saturday, Aug. 24. (MTSU photo by J. Intintoli)