‘This Could Be Big’ drives big.. 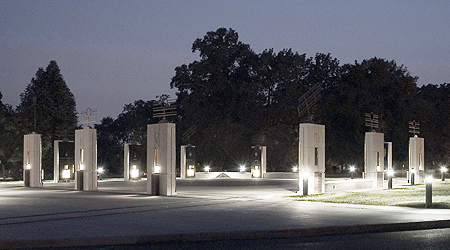 Wallin discussed “The Large Synoptic Survey Telescope: A New Telescope for the Digital Millennium” at 6:30 p.m. Sept. 7 in Room 102 of Wiser-Patten Science Hall.

The “First Friday Star Parties,” which begin with a 30- to 45-minute public lecture followed by telescope observing outside, if weather permits, are always free and open to the public. MTSU students, faculty and staff and children also are welcome. Free parking is located behind Wiser-Patten, and a printable campus map is available at http://tinyurl.com/MTParkingMap12-13.

MTSU faculty conduct star parties each semester for the public and MTSU students, showcasing astronomy-related events along with the MTSU observatory and naked-eye observatory on Old Main Circle between Wiser-Patten and the Cope Administration Building.

The giant telescope of Wallin’s lecture topic, which is located on the El Penon peak of Cerro Pachon near Vicuna, Chile, currently is in the design and development phase. The project is a partnership of the National Science Foundation, the U.S. Department of Energy and a number of private contributors.

“The Large Synoptic Survey Telescope is going to be the major telescope project from NSF over the next decade,” said Wallin, who is a member of the LSST Informatics and Statistics Science Collaboration Team.

“The purpose of this telescope is to monitor any changes in the night sky,” Wallin continued, , adding that the telescope will have an 8.4-meter mirror.

“To do this, it will take images of the entire southern sky every three days using a 2-gigapixel camera. This project is going to generate approximately 30 terabytes of data per day and 70,000 terabytes of data over its 10-year lifetime.”

The facility, depicted in an artist’s rendering at left, will produce an unprecedented wide-field astronomical survey of the universe using the 8.4-meter ground-based telescope. It is in the midst of a seven-year, three-month building phase and is being built alongside the existing Gemini South and Southern Astrophysical Research Telescopes.

At 3,200 megapixels, it will be the world’s largest digital camera. Its light-gathering power is among the largest in the world, enabling it to detect faint objects with short exposures.

The Large Synoptic Survey Telescope’s uniquely wide field of view allows it to observe large areas of the sky at once and move quickly between images. It can cover the sky twice a week and take more than 800 panoramic images each night.

Wallin said the primary science purpose of the telescope is to explore “dark energy,” a force that is pushing accelerating galaxies further and further apart.

Click on the graphic above for a printable fall 2012 “Star Parties” schedule.

Numerous other projects also will take advantage of this facility, he said, including galaxy-evolution studies, asteroid detection and variable star detection.

He added that the project recently received the final go-ahead by the National Science Foundation.

“We anticipate there being funding available in the 2014 budget, with construction slated to be completed by about 2020,” Wallin said.

In addition to his duties as a physics and astronomy professor, Wallin serves as director of MTSU’s computational sciences doctoral program. His primary research is aimed at understanding the gravitational interactions in the universe.