‘MTSU On the Record’ assesses consequences of ‘Los...

‘MTSU On the Record’ assesses consequences of ‘Losing Power’ in Tennessee

The transformation of Tennessee politics along racial lines in the early 21st century was the subject on a recent “MTSU On the Record” radio program.

Host Gina Logue’s interview with Dr. Sekou Franklin, an associate professor of political science and international affairs, first aired April 7 on WMOT-FM Roots Radio 89.5 and www.wmot.org. You can listen to their conversation above.

Co-written by Franklin and Ray Block Jr. of Penn State University, the book chronicles Tennessee’s transition from a relatively moderate Southern state to one that is deeply conservative. 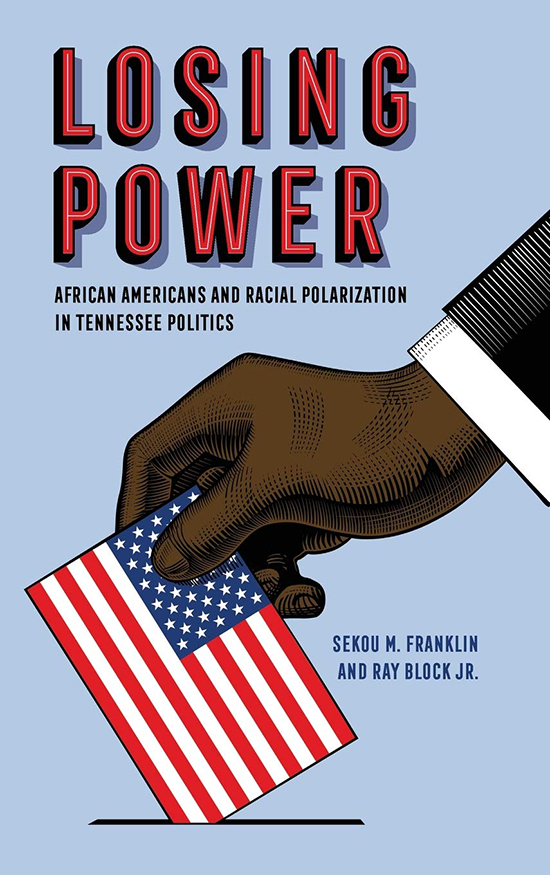 The authors posit that racial polarization through issues such as Gov. Don Sundquist’s failed attempt to enact a state income tax; the 2004 cut of more than 300,000 people from TennCare; and Rep. Harold Ford Jr.’s impressive but unsuccessful bid for the U.S. Senate against Republican Bob Corker cost African Americans political clout.

Franklin said some base Democratic leaders and some, but not all, African American leaders were inclined toward political acquiescence in this era to minimize racial animus.

“The underlying ingredient behind that was this constant fear that, if African Americans spoke out too much, in some cases, it could undermine party solidarity and it could expose or make vulnerable those Democrats who relied on swing voters or moderate voters,” Franklin said.