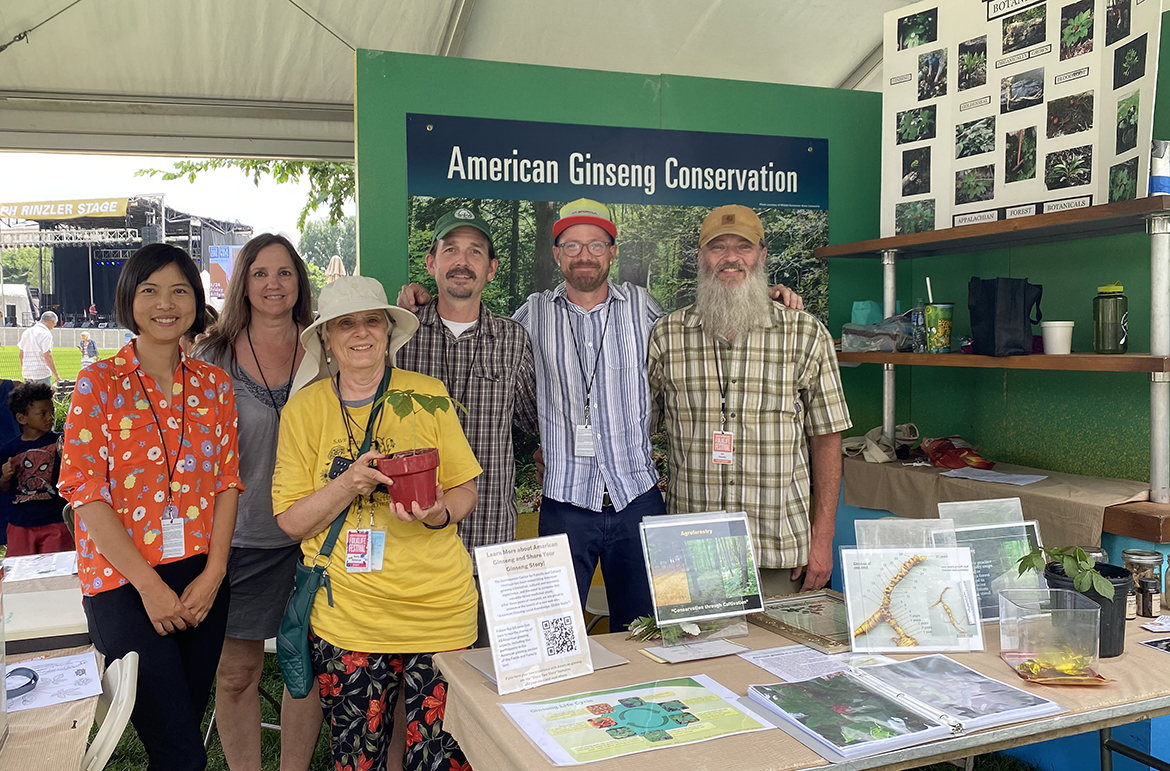 Continuing what has been a busy year for MTSU’s International Ginseng Institute — including participation in the annual Smithsonian Folklife Festival in Washington, D.C. — this month’s annual fall conference will attract leading ginseng experts and those interested in cultivating the crop.

Ginseng growers from across the region are invited to attend the institute’s Ginseng Workshop and Demo Day, which will be held from 10 a.m. to 1 p.m. Friday, Oct. 21, at the Wilderness Station at Barfield Crescent Park, 697 Veterans Parkway in Murfreesboro.

To register, email ginseng@mtsu.edu. The ginseng institute and the park are co-hosts of the U.S. Department of Agriculture-funded event, which is free to attendees. It’s organized by the institute and MTSU.

• Caitlin Elam, botanist and ginseng coordinator for the Natural Heritage Inventory Program in the Tennessee Department of Environment and Conservation.

• Ed Fletcher, president and COO of Native Botanicals Inc., which is involved with sourcing and supply chain establishment and management.

• Nate Phillips, a professor in the Plant and Soil Science Program in MTSU’s School of Agriculture.

• Iris Gao, professor and director of the International Ginseng Institute at MTSU.

“Fall is the best season of the year for ginseng lovers, both for harvesting and collaborators,” said Gao, who said she’s pleased with the array of scheduled regional and national presenters for the event.

In America, ginseng primarily grows in the wild on hilly and mountainous areas across the region and the Appalachians and is valued for its medicinal properties. Plants usually mature and produce seeds after five to 10 years.

This summer, Gao and research colleague Ethan Swiggart were invited to speak at the annual Smithsonian Folklife Festival on the National Mall in Washington, D.C.

They brought their ginseng enthusiasm and knowledge to thousands of attendees at the festival. Gao and Swiggart presented talks on forest pharmacy and conservation practices of this endangered plant.

“It was a privilege to participate in such an awesome festival at the national level,” Gao said. “It was nice to see so many people interested in forest botanicals. We got a lot of questions in the panel about how to use forest botanicals for their well-being.

“People were also interested in sustainability and how to maintain biodiversity for these forest-grown herbs, and this is also our goal of all the research, so we’re very happy to see this public awareness and have the opportunity to interact with thousands of people from all over the country and the world.”

Swiggart said one of the event’s highlights was “getting to interact with various people from all over the world and explain to them about ginseng and hear their experiences with ginseng as well, and share stories about how we enjoy the forest, conservation and a love of plants in general.”

Gao, who has been a Folklife Festival advisory committee member since 2019, said she was “very proud MTSU was invited to this great opportunity.”

“As a group, we discussed what we want to display and what kind of activities we wanted to set up for the festival. It was great exposure for the university and lets a lot of people know about our research.”

The festival, established in 1967, honors contemporary living cultural traditions and celebrates those who practice and sustain them. Produced annually by the Smithsonian Center for Folklife and Cultural Heritage, the festival has featured participants from all 50 states and more than 100 countries.

• Gao presented a workshop at the Organic Growers School at Mars Hill, North Carolina, in the spring.

• The institute participated in the Conservation Days event for Earth Day in April at the Wilderness Station at Barfield Crescent Park.

• The institute is collaborating with the University of Tennessee’s plant pest diagnostic lab in Nashville, Tennessee, to identify fungal pathogens causing diseases in ginseng in Tennessee. Gao said 138 labeled fungicides, including organics, were summarized and available for the first time in one place for state ginseng growers.

Former MTSU student intern Robert Eichas participated in the project and was mentored by the center’s plant pathogen and insect diagnostician, Dr. Eleanor Lopez. The project summary is available at www.tiny.cc/ddtzuz.

Eichas graduated and accepted a job with the Natural Resources Conservation Service in California.