This is MTSU’s seventh annual Grammy gathering, where alumni and former students were saluted and current students travel with faculty and staff to learn firsthand about the awards in both backstage and pre-show events.

MTSU honored its nine alums nominated for Grammys at a brunch Saturday afternoon in downtown Los Angeles. The event celebrated the appointment of alumna Beverly Keel as dean of the College of Media and Entertainment. 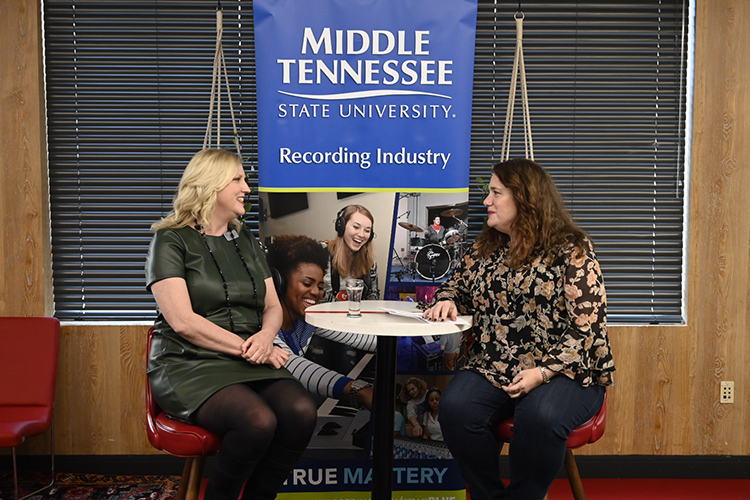 Beverly Keel, left, new dean of the MTSU College of Media and Entertainment, discusses her new role at an alumni outreach brunch held Saturday in advance of the 62nd annual Grammy Awards set for Sunday at Staples Center. (MTSU photo by Andrew Oppmann)

Also, Saturday night, the university partnered with the Americana Music Association for a pre-Grammy concert event at The Troubadour, the legendary live music venue in West Hollywood, to celebrate the music of Willie Nelson. A star-studded lineup included John Prine and Tanya Tucker.

On Friday, President Sidney A. McPhee and Provost Mark Byrnes hosted a dinner for Southern California graduates from disciplines beyond and including recording industry.

“This weekend is a perfect example of why MTSU travels every year to the Grammys,” McPhee said. “We connect our students with leaders in their chosen discipline and recognize the careers and accomplishments of alumni.” 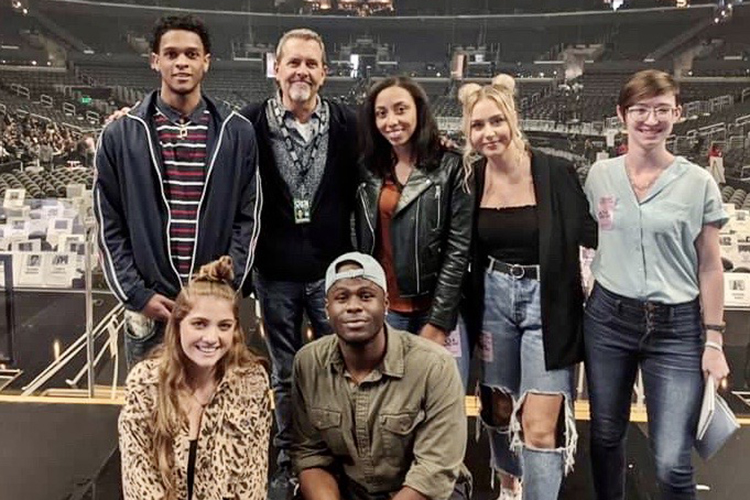 A group of MTSU College of Media and Entertainment students joined a university delegation of faculty and staff in Los Angeles for pre-event activities and outreach before the 62nd annual Grammy Awards set for Sunday at Staples Center. (MTSU photo by Andrew Oppmann)

This year marks the first trip by Keel, former chair of MTSU’s Department of Recording Industry, as dean of the college. Keel was named to the college’s top job on Jan. 1.

“MTSU has one of the world’s most respected and recognized recording industry programs, so it’s important to be a part of music’s biggest night,” Keel said.

“It allows our faculty and students to spend time with industry leaders, learn about new trends in the changing entertainment landscape and celebrate those who make the music.” 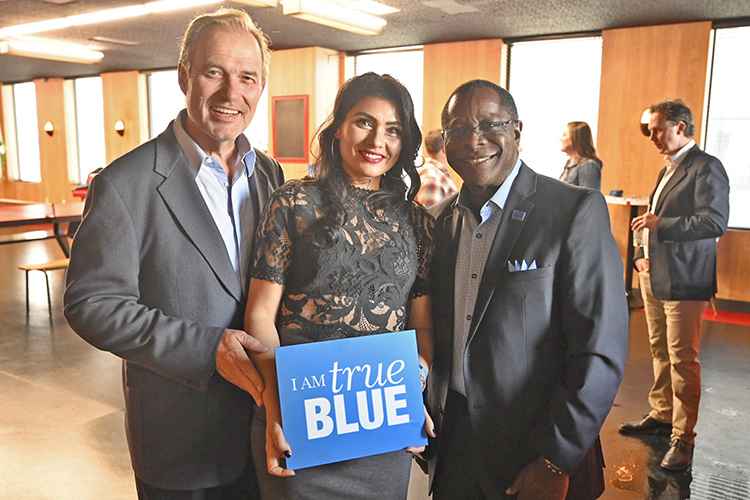 MTSU President Sidney A. McPhee, right, led a delegation of university students, faculty and staff to Los Angeles for outreach activities before the 62nd annual Grammy Awards set for Sunday at Staples Center. This is MTSU’s seventh such trip to the event. (MTSU photo by Andrew Oppmann) 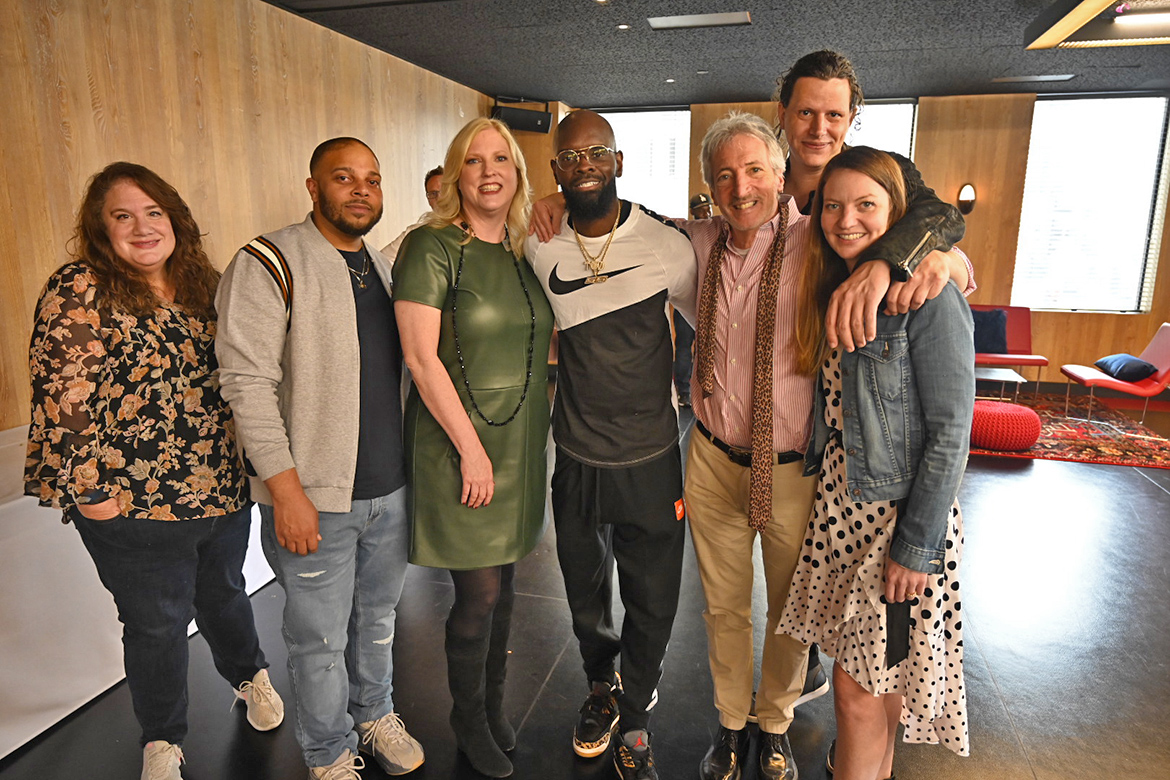 Beverly Keel, third from left, new dean of the MTSU College of Media and Entertainment, poses for a photo during an alumni outreach brunch held Saturday in advance of the 62nd annual Grammy Awards set for Sunday at Staples Center in Los Angeles. (MTSU photo by Andrew Oppmann)