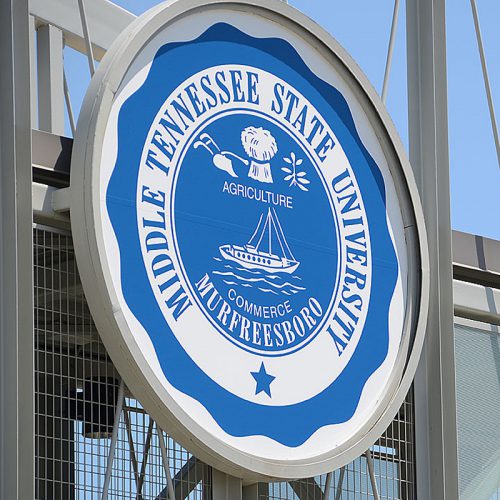 Middle Tennessee State University’s governing board is one of six to be appointed by the governor, a result of the governor’s FOCUS Act passed by the General Assembly earlier this year.

The appointees to the MTSU board are:

“There is incredible momentum around Tennessee’s college enrollment rate, which increased to a historic high of 62.5 percent in 2015. With Tennessee Promise and Tennessee Reconnect we’ve been successful in increasing access to higher education, but as we change the conversation and culture of expectations in our state we have to ensure our colleges and universities are supported in their efforts to create student success,” Haslam said.

“These six local governing boards will provide more focused support to the institutions as we continue the Drive to 55, our push to have 55 percent of Tennesseans with a degree or credential by 2025,” Haslam added.

MTSU President Sidney A. McPhee said, “I am thrilled and very excited by the nominations put forward by Governor Haslam for the Board of Trustees for Middle Tennessee State University. I am very familiar with our nominees, and know well the broad range of experience and expertise they would be able to offer our university. We are honored that these outstanding citizens have allowed the governor to put their names forward for service to our university and the communities we serve.”

For a PDF version of expanded bios about the appointees, click here.

Subject to confirmation by the General Assembly, the board appointments are effective January 16, 2017. If confirmed, board members will undergo orientation and professional development delivered by the Tennessee Higher Education Commission. The MTSU board will assume responsibility upon the first called meeting by Haslam.

The six state universities will have increased autonomy with the authority to appoint the campus president, manage the university budget and set tuition, and oversee other operational tasks.