Vile, Honors dean since 2008, earned the recognition citation for his excellence in teaching, research and public service. He recently received the award from the national Phi Kappa Phi organization, which canceled its annual in-person meeting because of the COVID-19 pandemic. 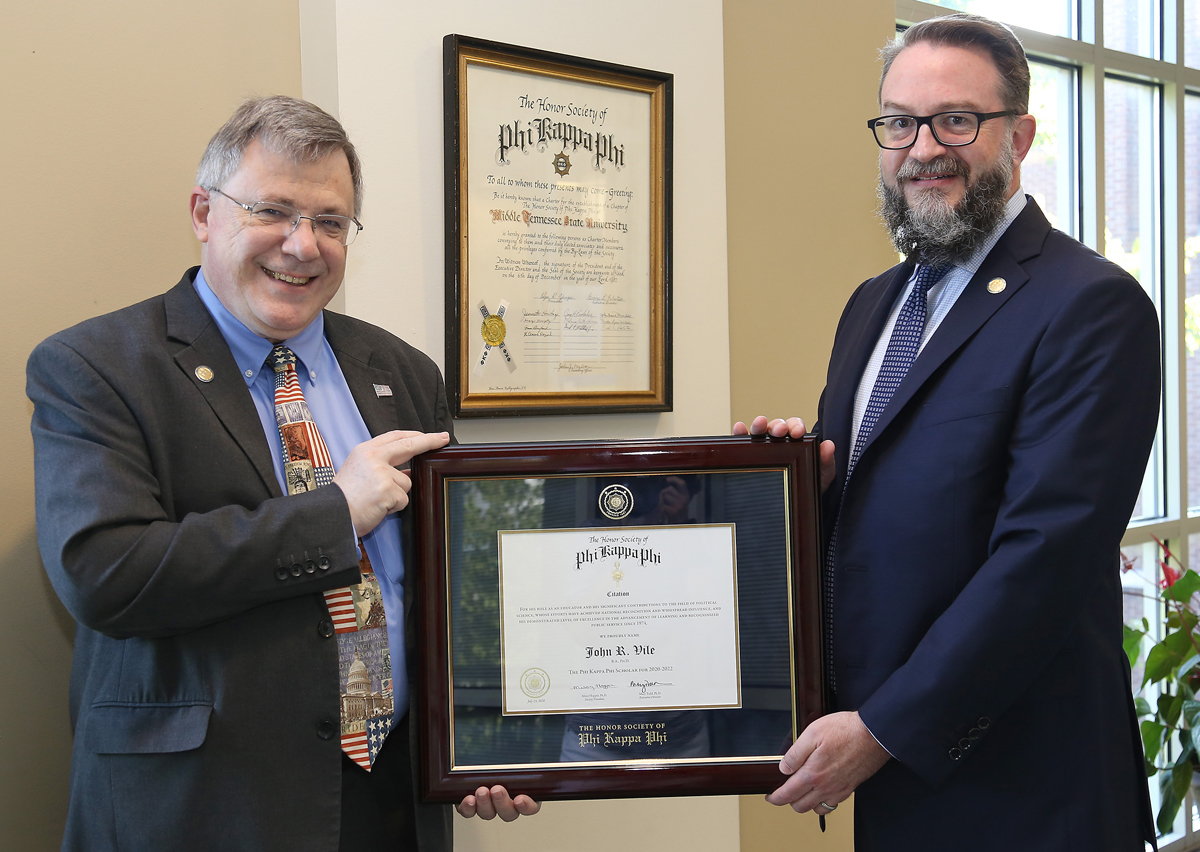 The Phi Kappa Phi Scholar and Artist awards honor those individuals who demonstrate the ideals of the society through their activities, achievements and scholarship. Recipients receive the citation, life membership and a $1,000 donation to a nonprofit of their choice (he chose the Honors College). Scholar awards are presented every two years.

“It is a tremendous honor to receive this award from an organization that focuses primarily upon recognizing the achievements of undergraduates students since I consider myself to be a lifelong learner,” Vile said.

“Phi Kappa Phi will always have a special place in my heart because my daughter, Virginia, who attended MTSU, was a recipient of its undergraduate fellowship award, which helped her attend law school,” he added.

Society Executive Director Mary Todd said the award “affirms John Vile as a model of the teacher-scholar, as evidenced by his distinguished and highly productive academic career and long service to the academy.”

Vile has made significant contributions to scholarship in the field of political science, spanning a 40-year career. He has contributed broadly to governmental, political and historical literature by authoring more than 25 books, editing or co-editing 15 books and many chapters and peer-reviewed publications.

The Virginia native, with degrees from The College of William and Mary (bachelor of arts) and the University of Virginia (doctorate), is frequently consulted by media on political issues because of his recognized expertise.

His recent professional years have been some of the most productive in his career. In the past five years, Vile has authored five encyclopedias, four of which are published and one pending publication — on the American flag, Declaration of Independence, Liberty Bell, national anthem and the Bible in American law and politics.

Vile is a community leader, pastoring a local church in Beechgrove, Tennessee, for nearly 20 years, teaching Sunday school and leading a Bible study for immigrants. He received the statewide Harold Love Award for Public Service for 2017-18. 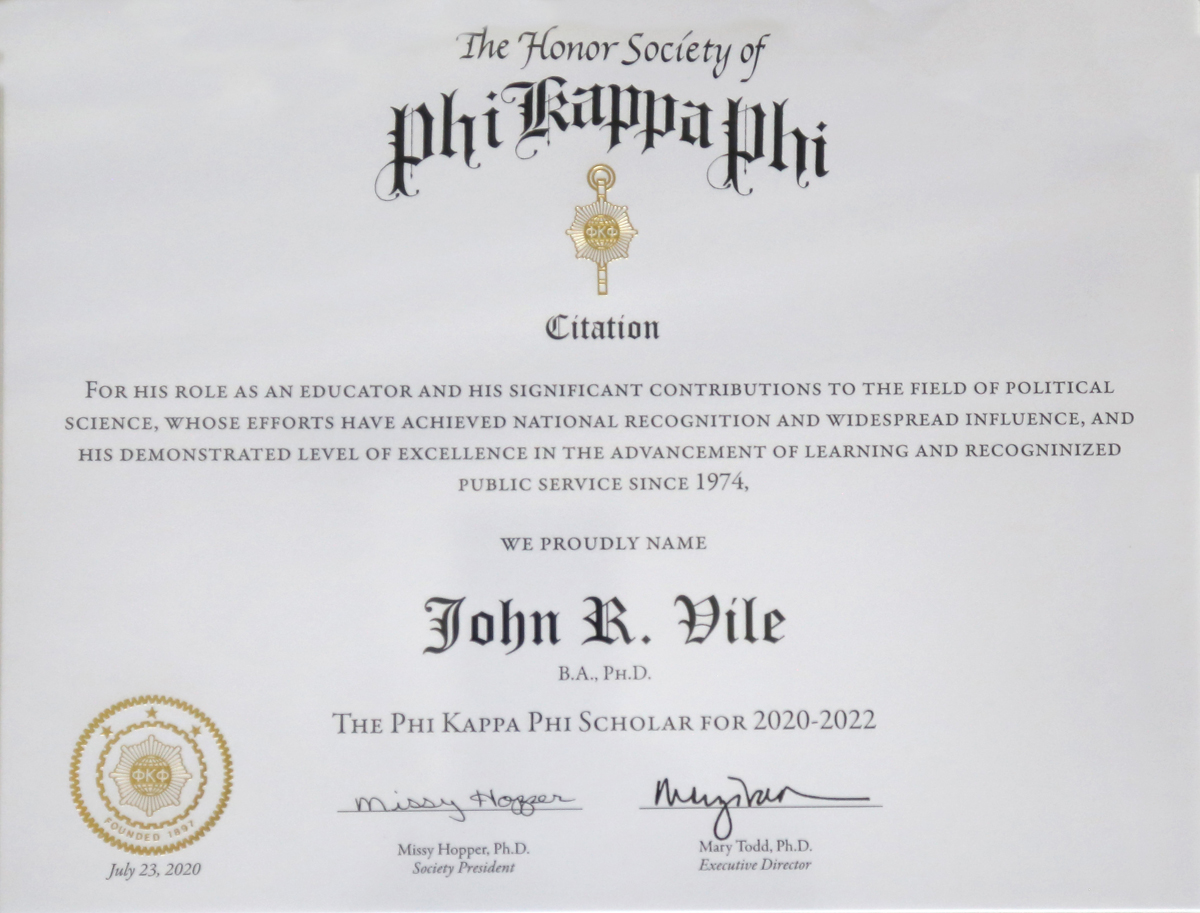