Justin Williams began his freshman year in college at MTSU on Aug. 24.

The interactive media major in the College of Media and Entertainment from Memphis, Tennessee, had an edge, however: He received a jump-start two weeks earlier through the Office of Student Success’s weeklong Freshman Summer Institute. 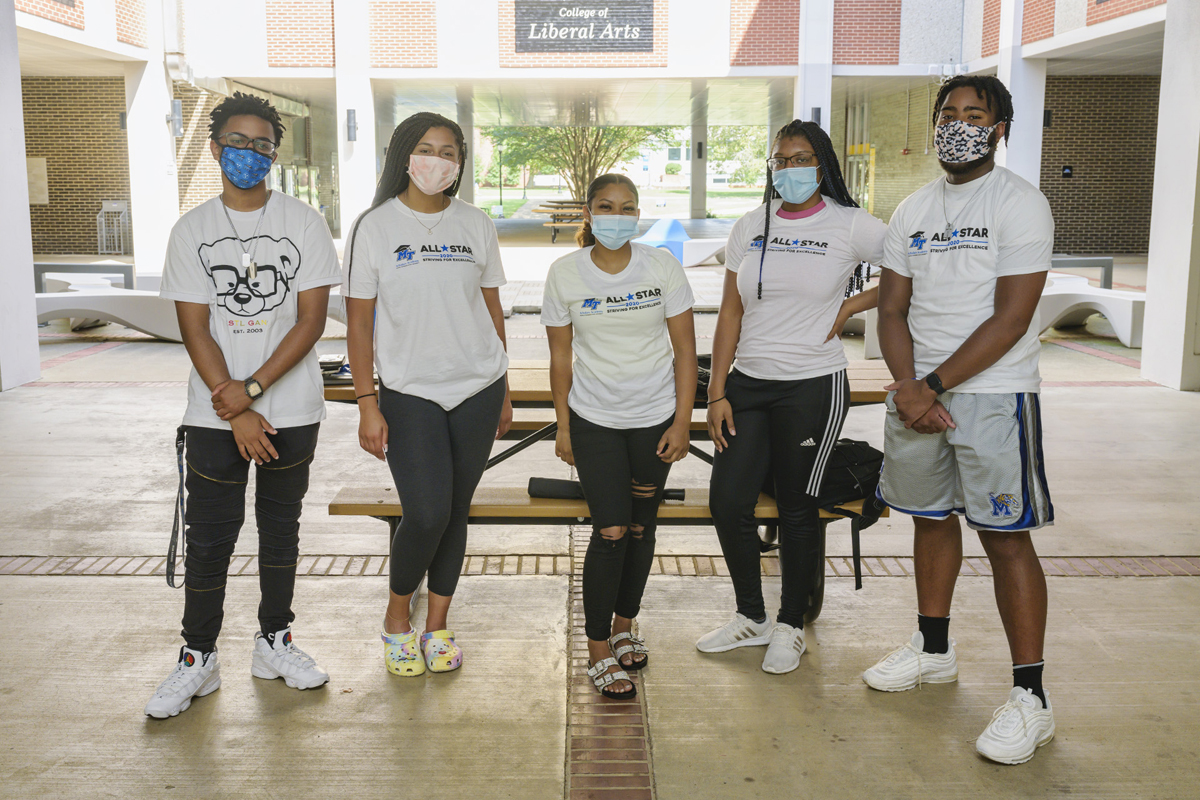 Scholars Academy and the STAR, or Student Transition and Academic Readiness, Program are part of MTSU’s early arrival programs.

The programs are designed to serve all students with emphasis on the needs of first-generation, underrepresented and/or underprepared university students, providing them with an introduction to college in a supportive learning environment.

Nearly 100 students participated in the summer 2020 institute, held virtually this year because of the COVID-19 pandemic.

A highlight was a midweek talent show that featured mostly singers. 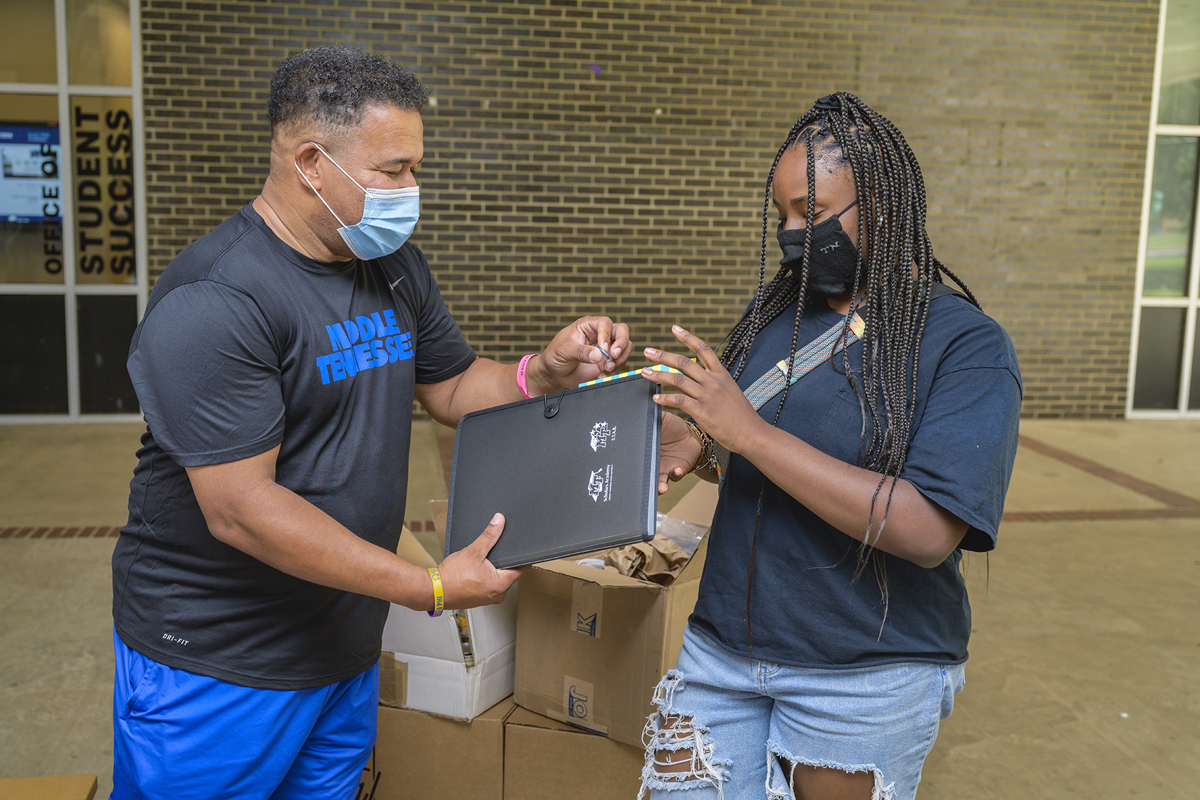 “The Summer Institute was a nice pathway in (to college),” said Williams, 17, a graduate of Freedom Preparatory Academy who plans to minor in mass communication in the Department of Media Arts because of his radio background.

“I would have been at a roadblock if I had not participated in Scholars Academy,” he added. “It helped me meet people.”

Katelyn Powell, 19, a freshman from Greenbelt and Woodbine, Maryland, said she wished the program had been on its usual in-person, two-week schedule.

Still, she said, the University 1010 class she took remotely via Zoom “helped me a lot with my communications.”

“I had to deal with that,” added Powell, who’s a double major in music business and recording industry in MTSU’s Department of Recording Industry with a minor in music industry. Her minor is based in the School of Music in the College of Liberal Arts.

“No kid wants to answer or say anything if they don’t know the topic. The teacher was always asking questions to make us answer. I was speaking and connecting with others and always asking for help. I learned you need to study and do the work.” 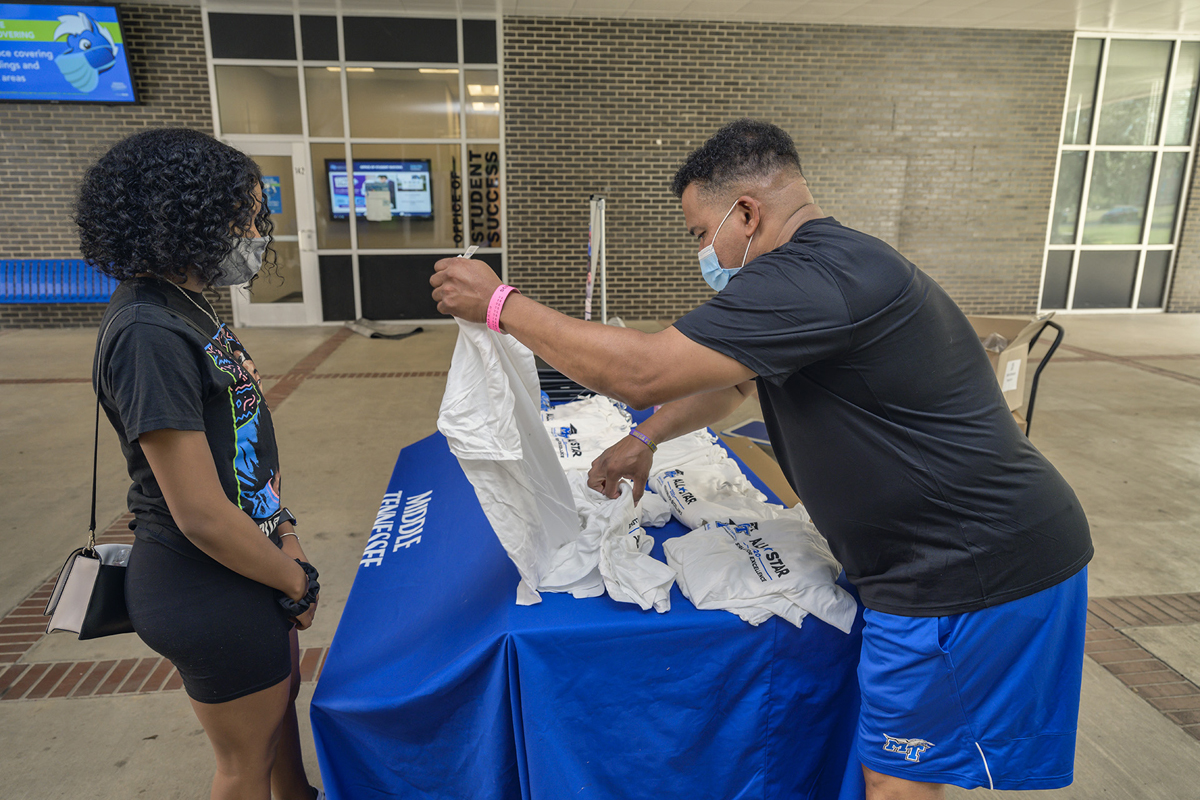 MTSU senior Tamia Hambrick, left, of Antioch, Tenn., a 2020 Scholars Academy peer mentor, receives a T-shirt for her program participation from staff member Marvin Spencer during a recent gift giveaway for freshmen and mentors outside the Office of Student Success in Peck Hall. (MTSU photo by Andy Heidt)

“That’s why I chose MTSU,” she said. “When I toured, I talked to professors, who explained about studio time, the business side, how to own your own business and how to produce and make music.”

Williams and Powell praised the Scholars Academy mentors, whom they called “amazing,” for their support during the week and making themselves available to the new students during the fall semester.

At the initial welcome on Aug. 9, Vincent Windrow, associate vice provost for student success, told the students “to take advantage of the opportunities” before them.

“You can be successful. Pursue your dreams,” he said.

Scholars Academy Manager Brelinda Johnson, who said the week was extremely successful, was assisted by Student Success staff members Travis Strattion and Marvin Spencer. They rewarded the students with T-shirts and gifts during move-in week. 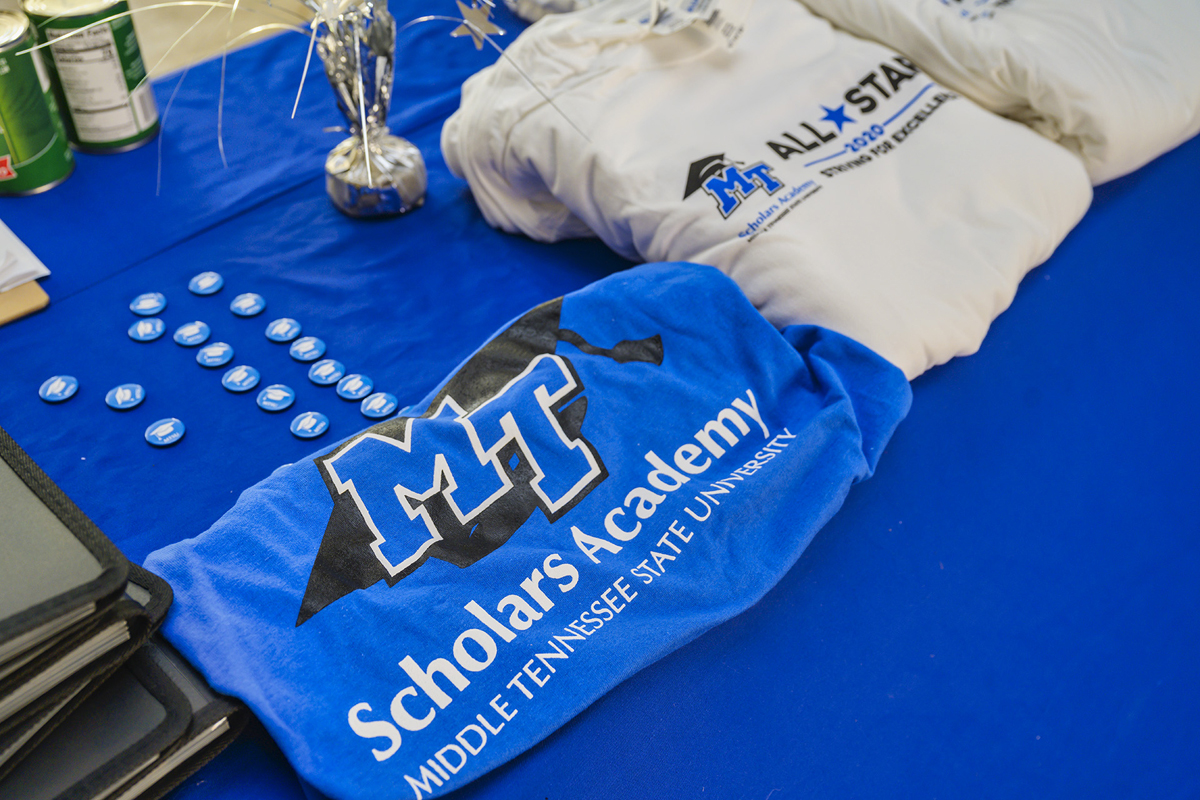