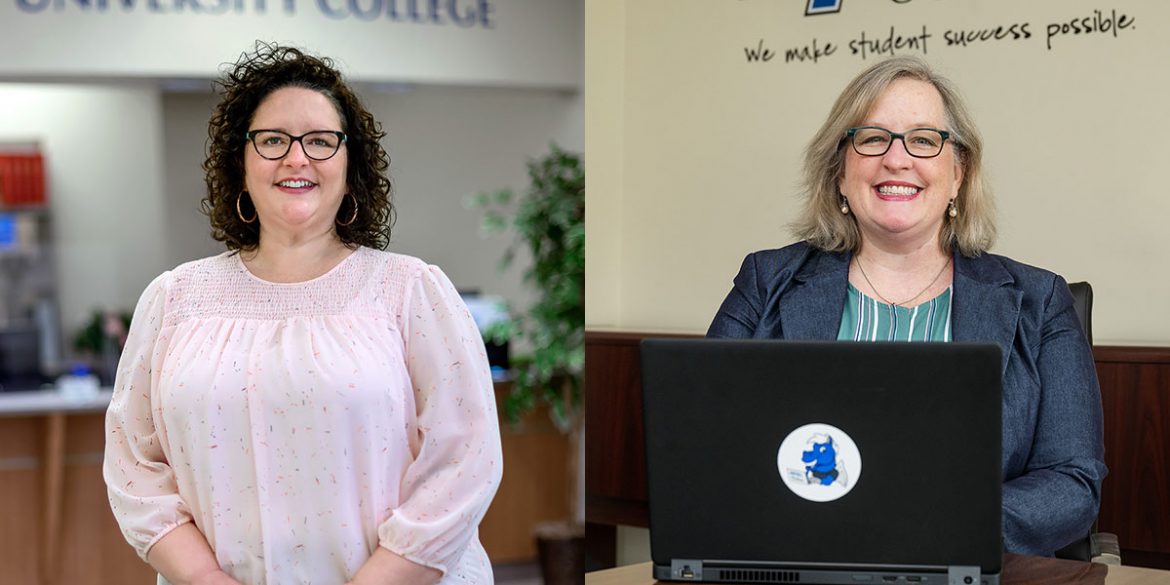 Developing an online course takes time – about a year – and careful consideration of the curriculum for the class. When the university chose to transition to remote instruction in March two instructional designers, Dr. Kim Godwin and Tara Perrin, were forced ramped up their workload like never before.

The pair could see it coming, holding meetings a few weeks before everyone learned spring break would be extended. The biggest hurdle was making sure everyone, both students and professors were comfortable with some version of a virtual format. They both knew that not all professors had experience teaching online, so they developed two courses for faculty, a Remote Instructions Standards course, and an Online Instructors Certification course.

Since the spring, more than 900 faculty members have participated in the two courses. 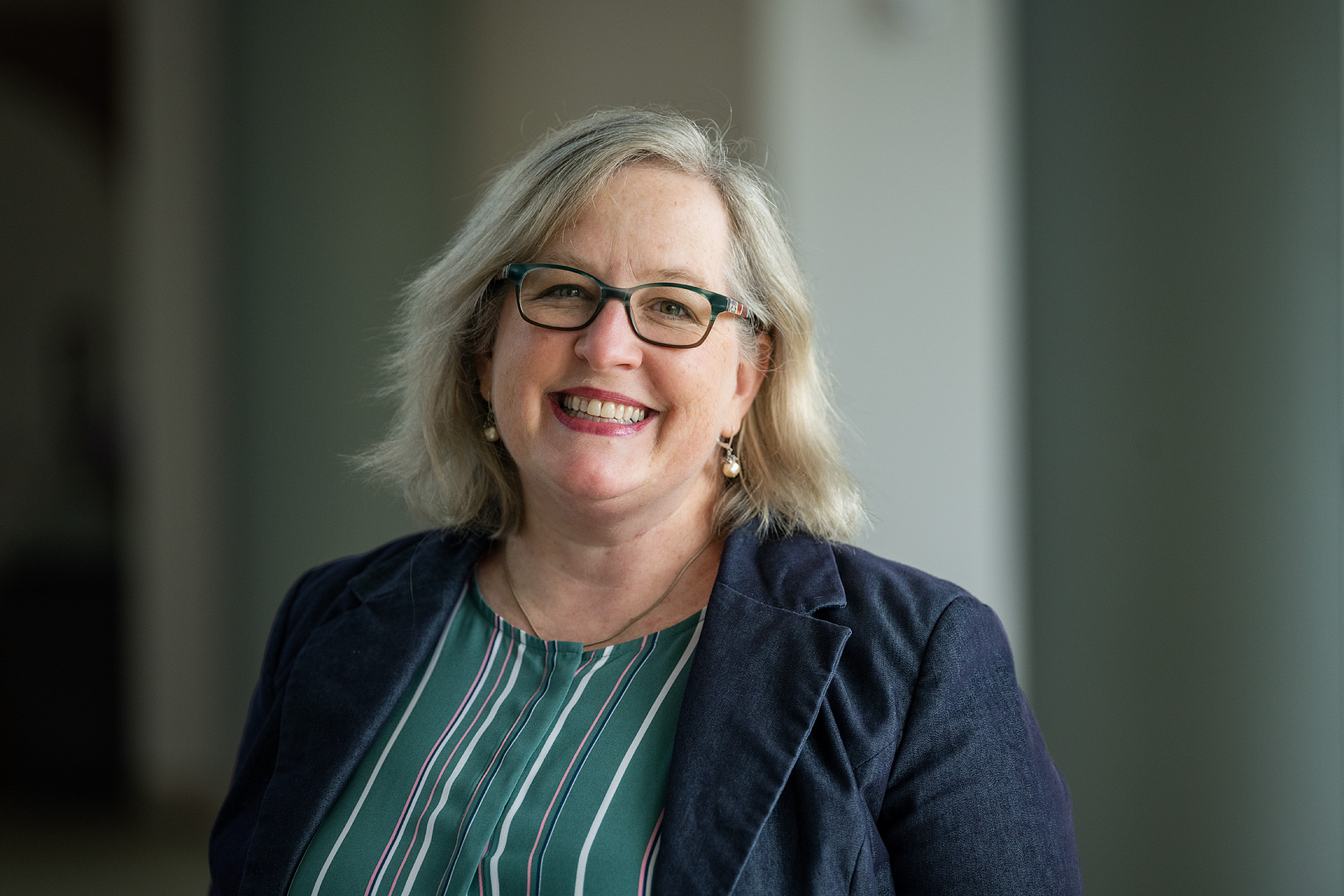 “While these are directed at faculty, anytime we can make faculty feel more comfortable about the resources available the better the student learning experience can be,” Godwin said.

Perrin added that she felt the faculty really deserved a big shout-out for how hard they’ve worked the past several months.

“I feel like we’re on a campus where our faculty has really tried their hardest and I know that’s not the case on every campus,” she said.

Godwin and Perrin also put together a document detailing the ins and outs of MTSU’s learning management system, what students know as D2L. They gave that document to professors and is written from a student’s point of view so they can better understand and utilize the D2L platform.

Perrin said they wanted to do more than just tell people what resources were available. They wanted to make sure those courses did not lose their interaction and engagement. The courses also focused on instructor presence, the importance of feedback, and giving professors a foundation for interacting with their students.

“I think we will start to see more standardization among online courses,” Perrin said, adding that they don’t ever want students to be caught off guard when starting an online course. “I am very student-centered and want the students to be successful.” 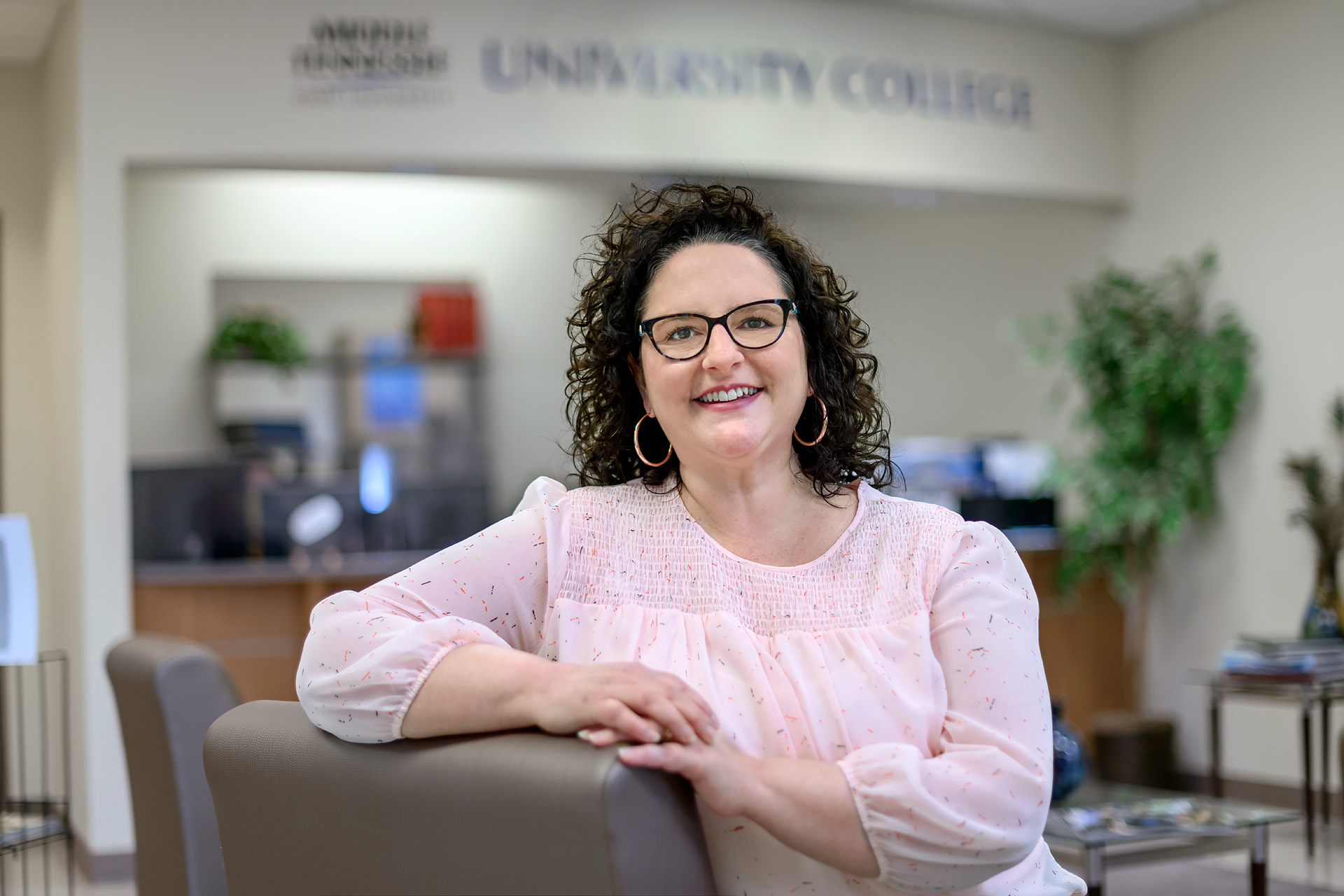 Somehow, the two did all of this while working remotely, holding Zoom meetings with colleagues from their kitchens and living rooms. Although Perrin had only started working at MTSU seven weeks earlier, she quickly settled into her new job thanks to her experience as an instructional designer and her relationship with Godwin, who she had worked with at two previous universities.

Both agree that they complement the other’s strengths and weaknesses with their work. Because the two had worked together before, they were already familiar with each other’s communication styles and they found it easy to adapt to the new limitations COVID-19 provided.

“We trust each other so much, and that was a huge benefit,” Perrin said. “I don’t think some of the stuff we did early on would have been possible had we not had a developed relationship coming into all of this.”

Still, starting a new job and then abruptly being told to work from home was an understandably tough transition.

“It was not so much the mechanical parts that were overwhelming, although it was a lot of work,” Perrin said, reflecting back on the first seven weeks of her time at MTSU. “I had not had the opportunity to even develop relationships in our own college yet. I hadn’t had time to develop connections on campus quite yet, so it was kind of isolating.”

In the last eight months, Perrin says she has been able to establish relationships with faculty in various colleges and values those relationships because those may have not even happened without this situation. Godwin echoed that sentiment saying that she is so thankful that despite everything she has been able to show hundreds of professors what MTSU Online has to offer.

“Because we have gotten to be involved with faculty not previously involved with MTSU Online we met hundreds of faculty we would not have had the opportunity to meet,” Godwin said. “I don’t know if they would have come and started the development process had this not happened.”

“This has really opened up a door of opportunity for both our current students and our future students, especially,” Godwin said, saying the courses would expand opportunities for both traditional and non-traditional students to finish the degree they want without having to sacrifice any other obligations they might already have.