‘MTSU On the Record’ turns wri..

In the News: Juneteenth, the F.. 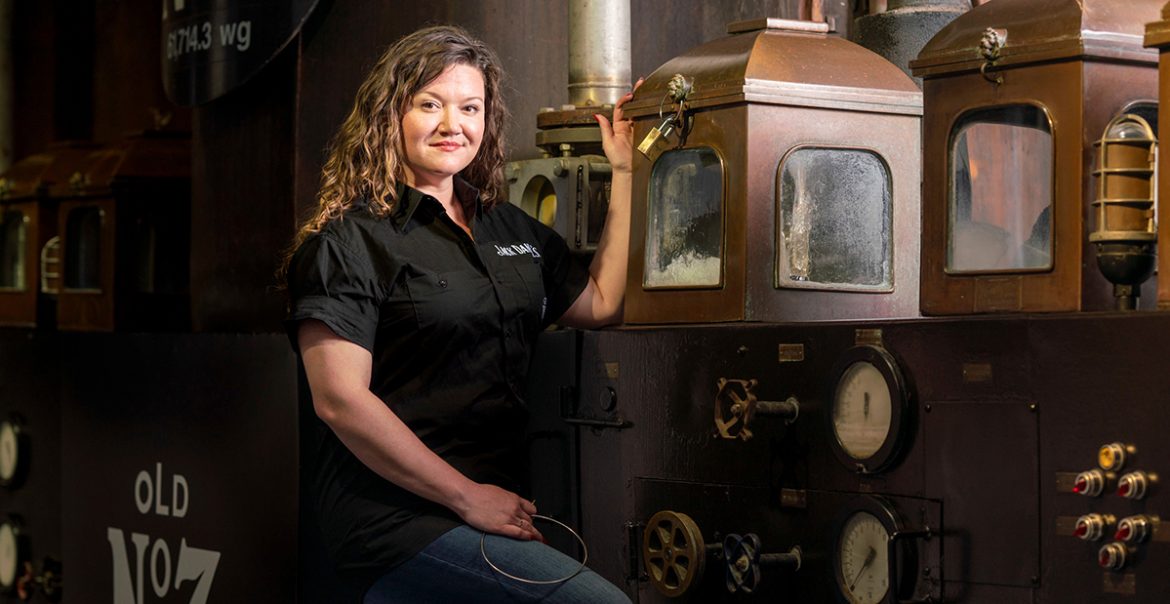 Lexie Phillips has felt the influences … from her large family, several dozen of whom have worked at Jack Daniel Distillery; from colleagues who work with her in the large Stillhouse in Lynchburg, Tennessee; and from Middle Tennessee State University, where she earned an agribusiness degree.

The impacts, inspirations and encouragements have touched Phillips, who was named the first female assistant distiller by the company earlier this spring. She supports the overall quality and innovation of Jack Daniel’s from “grain to glass” and serves as brand ambassador. 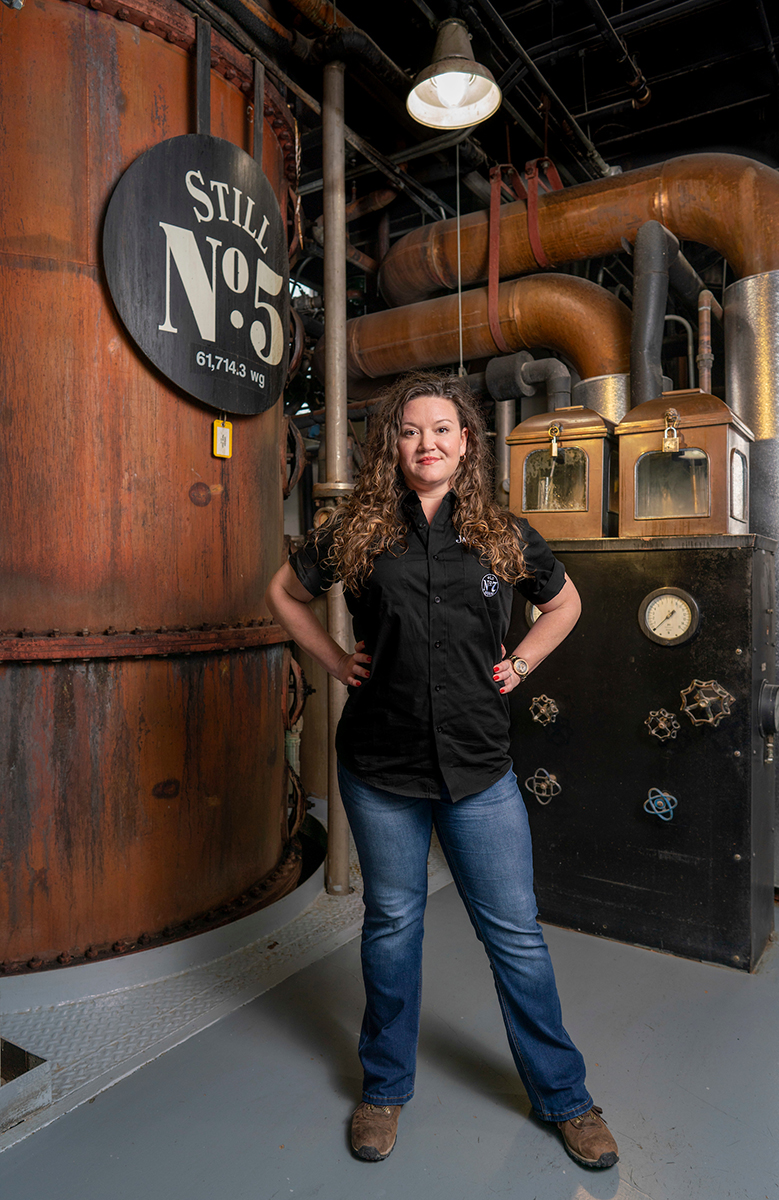 Shown in the Jack Daniel Distillery Stillhouse, MTSU alumna Lexie Phillips of Estill Springs, Tenn., was promoted to assistant distiller — the first time a female has been elevated to that position with the company. She credits professor and MTSU Fermentation Science Director Tony Johnston with providing knowledge that piqued her interest in that field. (Submitted by Jack Daniel Distillery)

Jack Daniel’s, the famous Tennessee whiskey, has been around since the 1860s and is considered the top-selling whiskey in the world.

“I am so thankful for all the influences throughout my life that have brought me to where I am today,” said Phillips (Class of 2011), who is from Estill Springs, Tennessee. “From my mom (Mary Amacher) to the guys at the Stillhouse, they have helped me grow into the strong woman I am.

“MTSU was also one of my influences that taught me hard work and curiosity can lead you to amazing places in life.”

Phillips’ “hard work and curiosity” find her working alongside Master Distiller Chris Fletcher “to ensure quality throughout the process from start to finish and it will be my job to preserve and share this process just as the distillers have before me,” she said.

“Coming into this role was just a dream,” she added. “Now, it’s finally starting to sink in. I’m in a position that everyone around town and, of course, in the industry holds in such high regard. We are keeping the traditions alive that have been passed down from generation to generation of distillers while still being able to innovate in a way that Jack would be proud.

“I am so happy. I have found a career I am passionate about. I’m really good at it and my whole family (relatives and Jack Daniel’s colleagues) are so proud of me. It’s the best feeling in the world.” (Her husband, Josh Phillips, works as a processor at the facility.)

Lexie Phillips was one of 26 whiskey-makers with a hand in developing a new product, Tennessee Rye, the first time in 150 years they used a different grain bill. In Phillips’ new role, she “will have an even larger opportunity to inspire many more to be interested in a field like mine.” 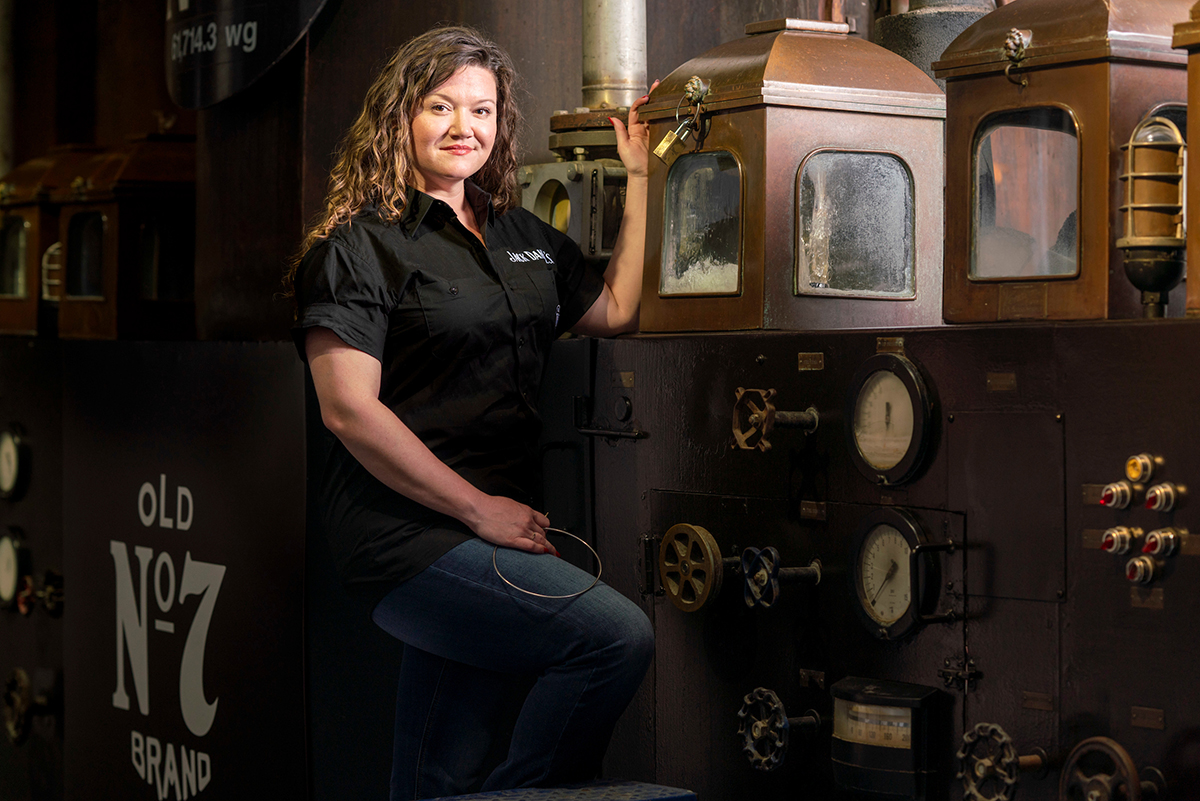 For alumna Lexie Phillips (Class of 2011), “MTSU was one of my influences that taught me hard work and curiosity can lead you to amazing places in life.” In the spring, a promotion at Jack Daniel’s in Lynchburg, Tenn., made her the first female assistant distiller in company history. (Submitted by Jack Daniel Distillery)

Phillips transferred from Motlow State Community College to MTSU. She wanted to study agribusiness in the School of Agriculture, but didn’t know where she might land by the time she completed her degree.

“Without agriculture, the world stops turning,” she said. “This is a crucial field that the world’s economy relies on for our basic human needs: food, clothing and shelter. Even though I didn’t know what I wanted to do with it, I knew there would be many opportunities having that under my belt.”

Professor Tony Johnston, who eventually became director of the MTSU Fermentation Science program when it began in 2017, “was my favorite teacher,” she said. “He gave me more knowledge on fermentation that really piqued my interest. If I didn’t understand something, his door was always open to discuss it a little more in depth and I always appreciated that.”

A chemistry in wine course and a senior year MTSU field trip to Canada to tour several wineries and “see how the process is done on varying levels of scale” enhanced Phillips’ interest even more “years before I would actually connect that with Jack Daniel’s. I never thought I would be able to have a career in a field that is (so) interesting. Aim high.”

Johnston recalls Phillips “keeping in contact with me after graduating and starting the application process (with Jack Daniel’s) in 2014. I provided a letter of recommendation for her. I couldn’t be prouder of her.”

She landed the job, working in quality control, distillery operations and eventually lead operator. “I worked hard and never lost my curiosity, that’s how I made it to where I am now,” she said. 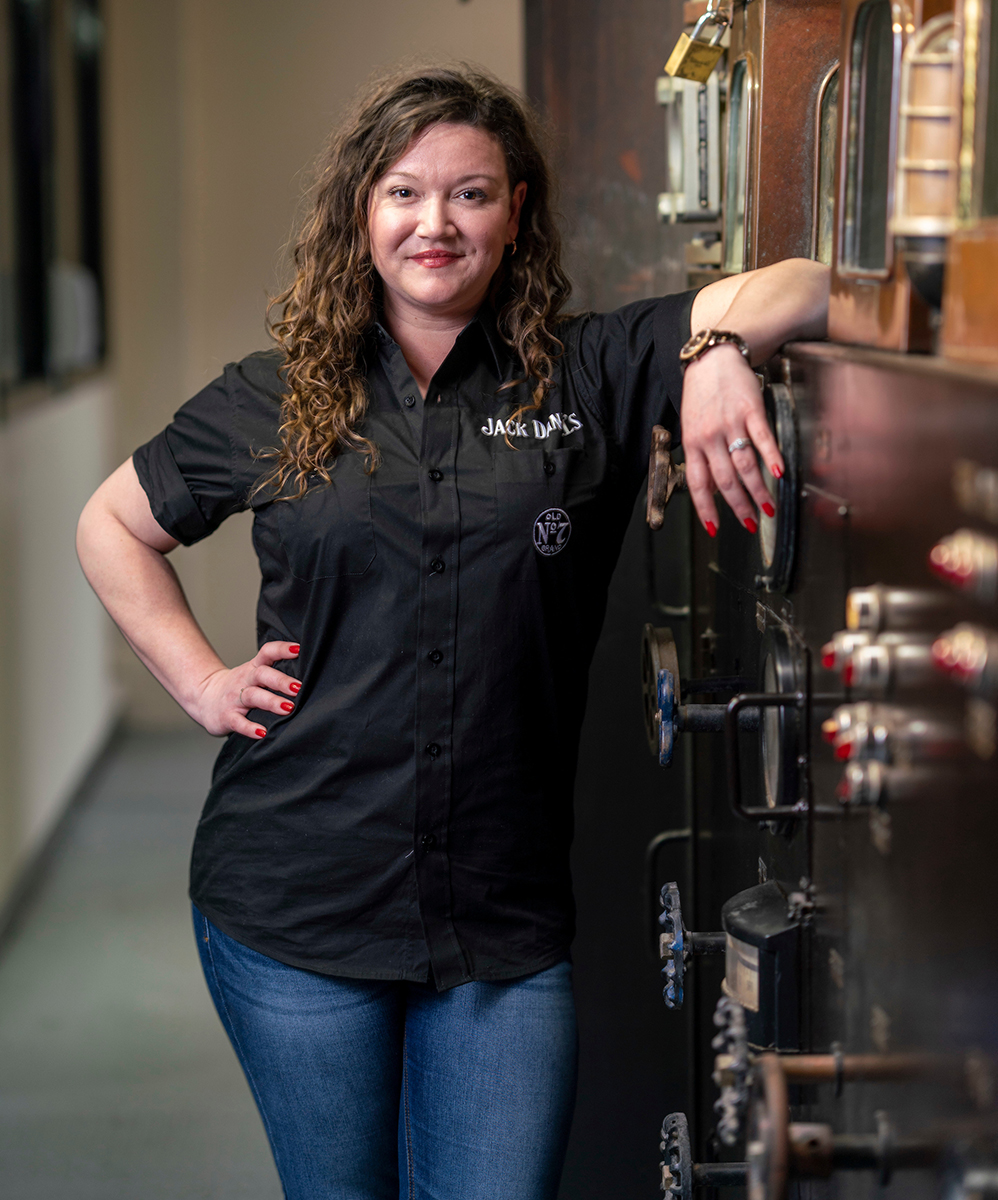 MTSU alumna Lexie Phillips carries on a long family tradition of working at the Jack Daniel Distillery. This spring, the 2011 MTSU graduate was promoted to assistant distiller, the first time a female has been named to this position. Shown in the Stillhouse in Lynchburg, Tenn., Phillips works alongside Chris Fletcher, supporting the overall quality and innovation of Jack Daniel’s and serving as brand ambassador. (Submitted by Jack Daniel Distillery)