‘The Judds: Love Is Alive – The Final Concer... 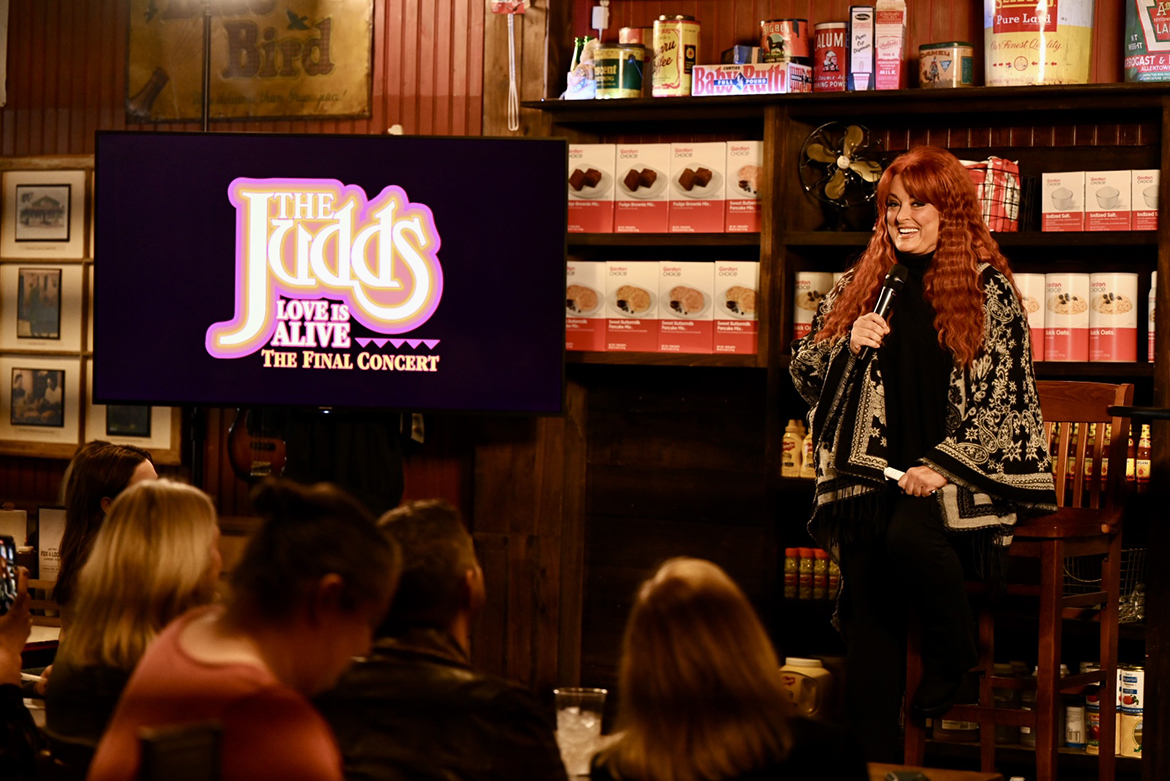 The event recreates “The Judds 1991 Farewell Tour” for a special televised event airing in March 2023 on CMT.

Wynonna’s current tourmates Ashley McBryde, Brandi Carlile, Kelsea Ballerini, Little Big Town and Martina McBride are also slated to join, sharing the same bill for the first time ever; additional special guests to be announced. Tickets will be on sale beginning at 2 p.m. Wednesday online, with a portion of the proceeds benefiting NAMI (National Alliance on Mental Illness) Tennessee.

The Judds homecoming to MTSU will mark the largest concert to take place at the iconic Murphy Center since Wynonna and her mother, Naomi Judd, had their final show together on their farewell tour over three decades ago. The Nov. 3 made-for-television event also serves as the kickoff to the venue’s yearlong 50th anniversary celebration.

The news of “The Judds: Love Is Alive – The Final Concert” was revealed earlier Wednesday by Wynonna herself during an intimate press luncheon at Fox & Locke restaurant in Leiper’s Fork, Tennessee, alongside CMT and Sandbox Productions event producers and representatives from MTSU. Naomi Judd died in April at her home in Leiper’s Fork near Franklin, Tennessee, at age 76.

“Stepping onstage at the Murphy Center for the first time since Dec. 4th, 1991, will be so surreal for me. It was an emotional night over 30 years ago and will be an emotional night, for different reasons, now,” said Wynonna. “I can’t wait to lean into the nostalgia with the artists who have made this tour so special and recreate one of the most iconic nights in Judd ‘Herstory!’”

Here’s a short video of her very heartfelt, personal remarks and a word of thanks from MTSU President Sidney A. McPhee:

Margaret Comeaux, executive producer and senior vice president of production, music and events at CMT said “it’s serendipitous magic on so many levels to be able to capture Wynonna’s return to the Murphy Center, almost exactly 31 years to the date. And it’s especially meaningful as an MTSU alum to produce such a landmark event, working hand in hand with the university’s faculty and staff to have their students actively participate in the production in its entirety.

“We are also extremely excited to collaborate once again with our amazing partners at Sandbox to present a true Judds event spectacular that has been decades in the making and continue to tell the next chapter in Wynonna’s story,” Comeaux added.

Said Sandbox Productions’ Jason Owen, executive producer: “I remember when I was 15 years old, watching ‘The Judds 1991 Farewell Concert’ on repeat when it first came out on pay-per-view. This is such an incredible, full circle moment to reproduce that same iconic special with Wy, and having her joined by all the powerhouse women she has brought with her on tour. I’m so excited for everyone to watch — and for the incredible legacy of The Judds to live on forever.”

Beverly Keel, dean of MTSU’s College of Media and Entertainment, noted the deep connection between mother and daughter in their music.

“What is most compelling about the Judds’ music is that it captures the love between two women. The Murphy Center event will allow us all to celebrate that love,” Keel said. “After all, it was love that built a bridge between the Judds and their audience. It is love that connects the family of country music females and strengthens them as they work to make their voices heard.”

MTSU President Sidney A. McPhee thanked Wynonna for bringing such an important event to Murphy Center, which has undergone almost $6 million in renovations as the university celebrates its 50th anniversary of service as a venue anchor of the campus.

“Wynonna, with your announcement today, and the national telecast that will come from your concert, you are launching our second half-century with style and significance,” McPhee said. “This concert will join the rich history of­­ Murphy Center, an appropriate bookend to that memorable 1991 concert.”

As announced earlier this week, “The Judds: The Final Tour”will continue for a second run into 2023, following its initial 11-date area tour with McBryde, Carlile, Ballerini, Little Big Town and McBride all set to return for select dates, with more special guests to be announced. For more information, visit TheJudds.com.

“The Judds: Love Is Alive – The Final Concert” is a co-production from CMT and Sandbox Productions; Margaret Comeaux (CMT), Jason Owen (Sandbox) and Patrizia DiMaria (Ladypants Productions) are executive producers. The executives in charge of production are Jackie Barba and Heather D. Graffagnino. Leslie Fram is executive in charge of talent. Shanna Strassberg and Donna Duncan are talent producers.

Wynonna and Naomi Judd brought a fresh acoustic sound to country music, with unmistakable harmonies surrounding Wynonna’s powerful lead vocals and Naomi’s unshakable creative drive. The Judds are often celebrated for a rarely interrupted stretch of 14 No. 1 hits when every single of theirs released by RCA landed in the Billboard Top 10; and a career that defined what it means to be individualists in the music business. The Judds dominated touring in the 80s with 20 Top 10 hits, have sold more than 20 million albums and blazed a trail for duos and women who have followed them. Together, The Judds have 16 Gold, Platinum, and multi-Platinum albums and longform videos, led by 2x platinum albums “Why Not Me” and “The Judds Greatest Hits.” Their stripped-back style revived the popularity of acoustic sounds in country music and opened up the genre for more traditional approaches.

Nearly 60 million Americans experience a mental health condition every year. It affects one in four adults and one in ten children across the United States. NAMI advocates for access to services, treatment, and support, while raising awareness and building a community of hope for those in need.