The trades and treasures that brought people from distant regions to the African continent were the topic of a recent “MTSU On the Record” radio program. 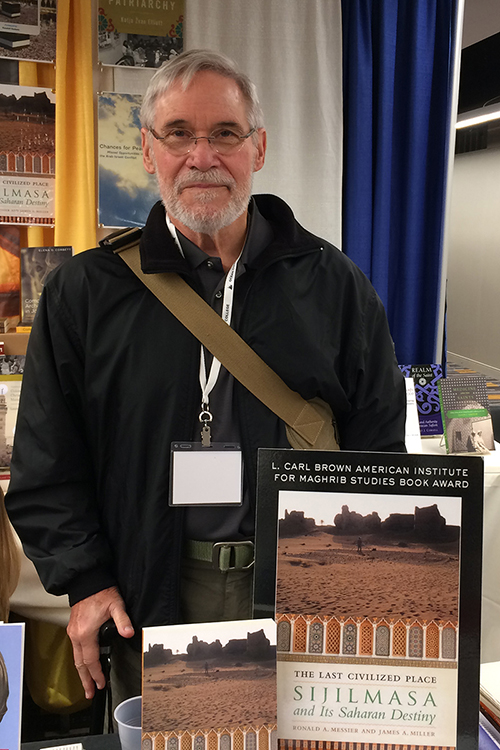 Dr. Ron Messier, an MTSU professor emeritus of history, is a contributing scholar to the “Caravans of Gold, Fragments of Time” exhibit at the Smithsonian Institution’s National Museum of African Art in Washington, D.C. In this photo, he’s attending the April 2019 showing of the exhibit at the Block Museum of Art at Northwestern University in Evanston, Illinois. (Photo submitted)

Messier is co-director of the Moroccan-American Archaeological Project in Aghmat, Morocco.

In April 2019, he shared some of his discoveries as part of a panel discussion and symposium at the Block Museum of Art at Northwestern University in Evanston, Illinois.

The exhibit, “Caravans of Gold, Fragments in Time: Art, Culture and Exchange across Medieval Saharan Africa,” revealed Africa’s extensive global interconnections through trade in the eighth through 16th centuries.

It was the first major exhibition to tackle the Saharan trade routes and shared history of West Africa, the Middle East, North Africa and Europe during that period.

Artifacts from the exhibit are at the National Museum of African Art in Washington, D.C., one of the Smithsonian Institution’s 19 facilities.

Photos of the artifacts and information about the exhibit are available at the National Museum of African Art website. Unfortunately, due to the COVID-19 pandemic, the museum isn’t currently open to the public.

“Objects do tell a story, and that’s what we, I think, succeeded quite well in doing with this exhibit.” 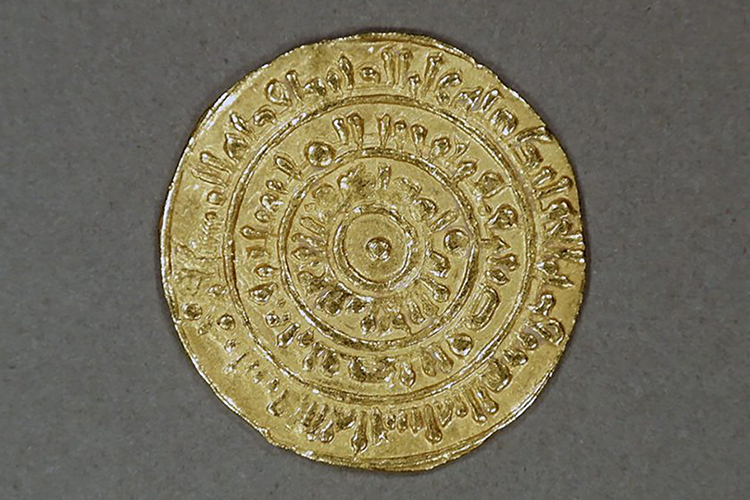 Experts believe this gold coin, estimated to date to the 9th century, was struck at a mint in Misr, Egypt, during the Almoravid Dynasty. The writing on it reads, in part, “There is no God but God. Mohammed is the prophet of God.” The coin is part of the “Caravans of Gold, Fragments of Time” exhibit at the Smithsonian Institution’s National Museum of African Art in Washington, D.C. (photo submitted)