A look at recent awards, events, and accomplishments involving the MTSU community 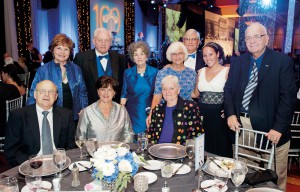 Film composer George S. Clinton (’69), the man behind the music of Mortal Kombat, The Santa Clause 2 and the Austin Powers film series, shared his expertise with MTSU students this past fall as the 2011 Department of Recording Industry Artist-in-Residence. During his visit, the Grammy- and Emmy-nominated Clinton presented two free public events and several master classes for MTSU recording industry students. 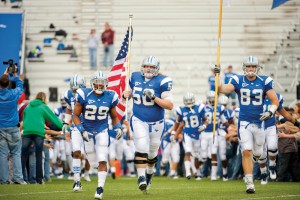 Military personnel past and present joined activities surrounding the 30th annual Salute to Armed Services/Veterans Day ceremonies at the MTSU-Arkansas State football game in Floyd Stadium on Nov. 19. About 700 retired and active-duty personnel and their families attended. Prior to the game, the Joe Nunley Sr. Award was given to former State Sen. Doug Henry of Nashville, a 1st Lieutenant in the U.S. Army during World War II. At halftime, the MTSU Band of Blue performed official fight songs as the veterans and active-duty personnel and their families walked across Jones Field.

Mark A. Emkes, retired CEO and president of Bridgestone Americas Inc. and currently the commissioner of finance and administration for the state of Tennessee, was the keynote speaker at MTSU’s much-anticipated annual Economic Outlook Conference. Jim Burton, dean of the Jennings A. Jones College of Business, said that with the University’s increasing emphasis on international education and affairs, it was “appropriate to have a conference headliner who has the business breadth and depth that Mark possesses” at the 19th annual event. 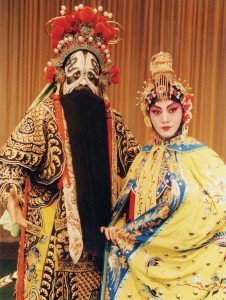 Last fall, MTSU’s Confucius Institute and the School of Music hosted “Song of Silk,” a free concert of songs, instruments, dance, and Beijing opera. A production of the Confucius Institute of Chinese Opera at Binghamton University in Binghamton, New York, the concert included faculty from Binghamton University and the National Academy of Chinese Theatre Arts, as well as the Melody of Dragon Chinese Ensemble and the Amber Dance Troupe. The Silk Road, the ancient trade route between China and the West and Middle East, is a metaphor for efforts to create a bridge between Chinese and Western cultures.

MTSU and Motlow State Community College signed a memorandum of understanding to help students who earn a two-year associate’s degree to apply those credits toward earning a four-year bachelor’s degree. MTSU’s Dr. Sidney A. McPhee and Motlow’s Dr. Mary Lou Apple officially authorized the Dual Admission Program to ease the transfer process between the two Tennessee Board of Regents institutions and encourage students’ academic success. MTSU and Dyersburg State Community College also recently signed an agreement that provides a framework for programs to enhance the educational experience of students attending both schools. The agreement, signed by McPhee and Dyersburg State President Karen A. Bowyer, includes dual admissions, concurrent enrollment, reverse transfer, consortium agreements and cooperative advising for students. MTSU has already established dual-admission programs with Chattanooga State and Nashville State Community Colleges. “In light of the recent Complete College Tennessee Act, which was historic legislation passed and approved by the General Assembly about a year and a half ago, universities and community colleges have made additional efforts to provide what we call ‘hassle-free pathways’ for our community-college students to move on to the university and pursue their undergraduate degrees and other professional training,” McPhee said.

Welcome to the Club

MTSU athletics booster Jeff Hendrix posthumously donated $1 million for the construction of a football stadium club at Floyd Stadium. Hendrix died in May 2011 at age 53 after a 13-month battle with cancer. His final gift stands as the largest unrestricted donation in the history of MTSU athletics. The project, which involves renovating and glassing in the club level of Floyd Stadium, should be finished before next football season.

An MTSU team was crowned the Mid-South Mock Trial Invitational Tournament champion, defeating such programs along the way as UT-Knoxville, the University of Georgia and Rhodes College. The tournament, which has been held annually at MTSU for 20 years, is among the largest and most prestigious in the nation. This year’s tournament featured 48 teams from 24 colleges and universities in 11 states. MTSU’s winning team, led by senior Rachel Harmon, also included Zac Barker and Constance Grieves, who also played attorney roles, and Chris Hardman, James Johnson, Curtis Strode and Chanekka Pullens, who played the roles of witnesses. Dr. John R. Vile, dean of the University Honors College, and local attorneys Brandi Snow and Shiva Bozarth, coach the MTSU teams. 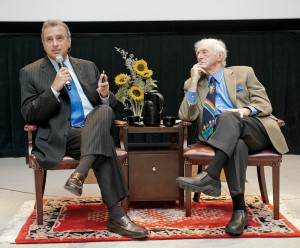 On September 11, 1911, the State Normal School for the Middle Division of Tennessee opened for business on a 100-acre site described by The Tennessean in a February 1910 article as “a beautiful 100-acre plot located on East Main Street about a mile from the public square and just outside of the corporate city limits.” Joe Black and Tom Harrison generously donated 80 acres of the land for the project and sold the remaining 20 acres for $5,000. The original campus property featured the first four buildings constructed on what is today Middle Tennessee State University (MTSU). The gift from Black and Harrison also encompassed the original campus core, now known as Walnut Grove. The University recently renamed the street that surrounds Walnut Grove and links many of the original campus structures in honor of this important contribution to MTSU’s history.

There’s an App for That

MTSU Mobile, an Android app developed by five MTSU computer science students, helps students look up class and schedule information, map classrooms and offices, get times and dates of sporting events, and check dining specials. The app also provides maps to classrooms, offices and other points of interest on campus. Students can also access academic information through their pipeline account, calendar information, and email and phone contact information of their professors. The app started as a class project, with Dr. Sung Kun Yoo as the project advisor.  Yoo later received a grant that provided funding for the project. The team also received support from the Information Technology Division at MTSU. The app can be downloaded at: www.mtsu.edu/mobile.

This past fall, MTSU hosted an event that both glorified the underdog and revealed a transformation like no other: Extreme Mustang Makeover. The event was the culmination of a 100-day period during which trainers worked with previously wild horses to develop them into trained mounts. Participating horses were made available for adoption by competitive bid after the event. The Bureau of Land Management (BLM) manages these feral animals on nearly 27 million acres of Western rangeland. With over 50 percent of the BLM’s wild horse program budget accounting for holding costs, adoption of these animals is crucial—not only for their well-being but also for the American taxpayer. It costs the BLM roughly $12,000 per horse over the lifetime of the animal to maintain it in BLM pastures and corrals. Taxpayers spend more than $36 million dollars a year maintaining these animals in holding facilities. 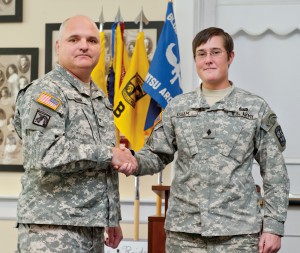 MTSU took top honors in the Bold Warrior Challenge regional competition in Fort Knox, Ky., out of a field of 44 teams from a five-state area. The first-place finish earned the team a berth in the international Sandhurst Competition next April at West Point, N.Y. All cadets on the winning MTSU team hail from Tennessee. The Bold Warrior event tests a team’s endurance, strength and leadership abilities while negotiating a 16-mile course that includes challenges ranging from land navigation to weapons assembly and disassembly, marksmanship, one-rope bridge, hand grenades, obstacle course, combat lifesaving and water-borne operations.

Spotlight on the Arts

MTSU announced plans to better promote its arts programs, including dance, music, theatre and visual arts, and increase public awareness and participation in its varied offerings. A new brand for the combined marketing effort, MTSU Arts, will be used in marketing of events by schools and departments within the College of Liberal Arts. The University values community interaction and participation and sees stronger promotion of the arts as an opportunity to bring more people to campus. Visit www.mtsuarts.com, a new calendar and reference tool for the MTSU Arts efforts.