Classes will continue through remote delivery of instruction remainder of Spring 2020 semester. Many employees are working remotely; as a result, some services may be modified or limited. Updates at mtsu.edu/coronavirus
MTSU

Veterans and active-duty personnel received free tickets to the Conference USA game between the Blue Raiders and rival University of Alabama-Birmingham Blazers, and a number of military-related activities took place. 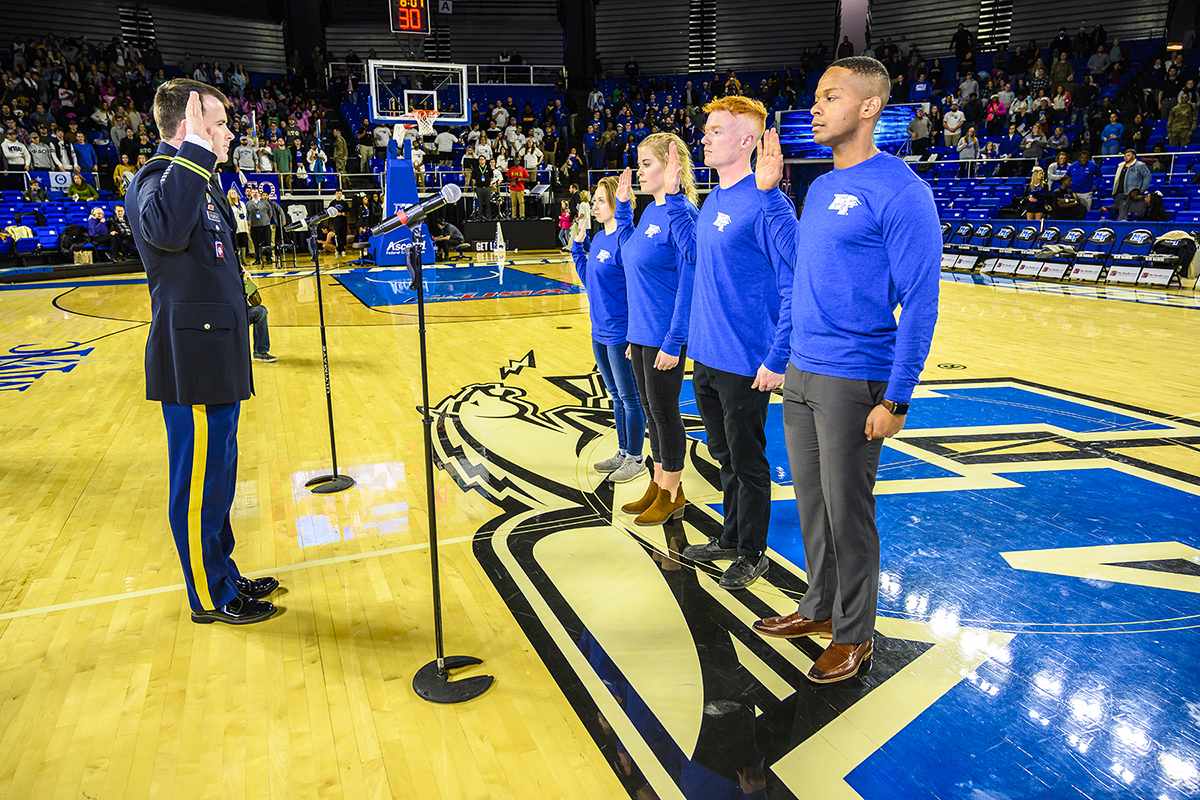 • Members of the 3rd Brigade Combat Team from the 101st Airborne Division at Fort Campbell, Kentucky, rappelling into Murphy Center to deliver the game ball.
• The dedication of a POW seat in remembrance of MTSU-affiliated soldiers missing in action.
• Lt. Col. Carrick McCarthy, chair of MTSU’s Department of Military Science, administering the U.S. Army oath to four MTSU students — Ladarius Fitzgerald, Kylee Harrison, Jordan Plumb and Caleb Rowland  — and swearing them in as ROTC cadets during halftime.
• Presentation of scholarships to Fitzgerald and Rowland by the Department of Military Science and ROTC.
MTSU beat UAB 71-65. 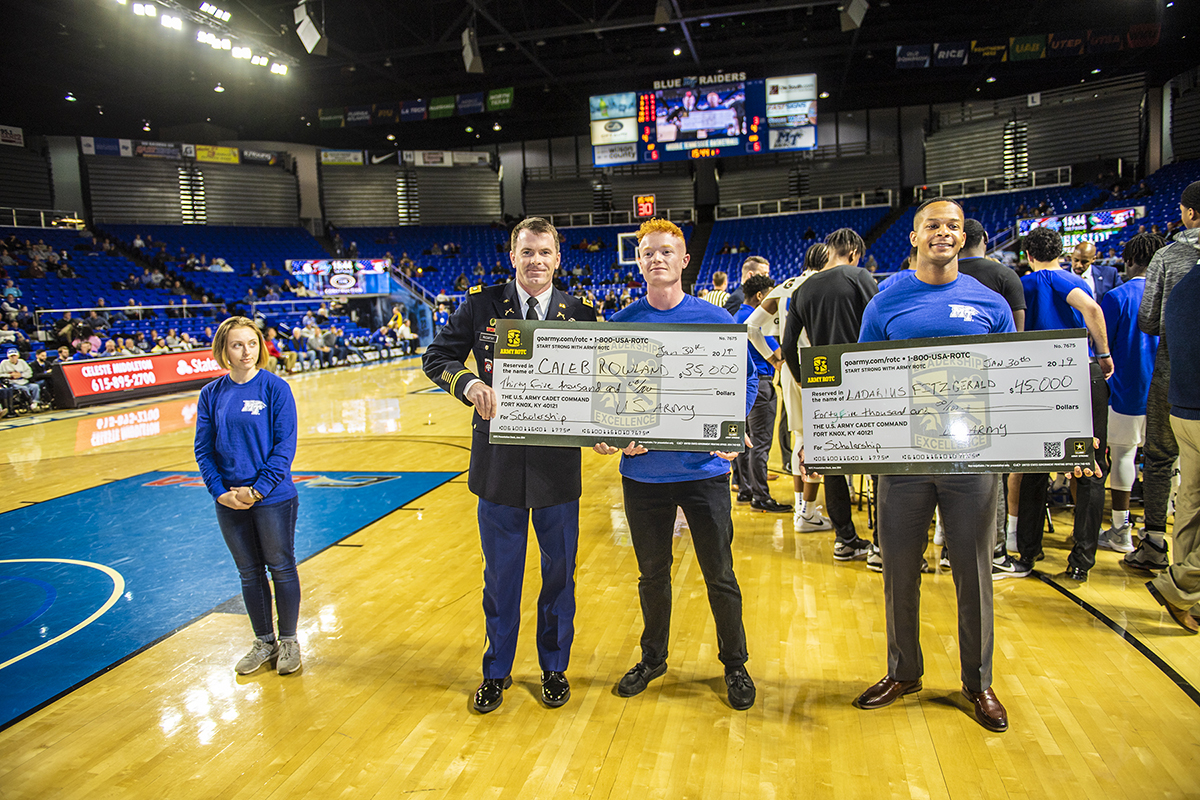