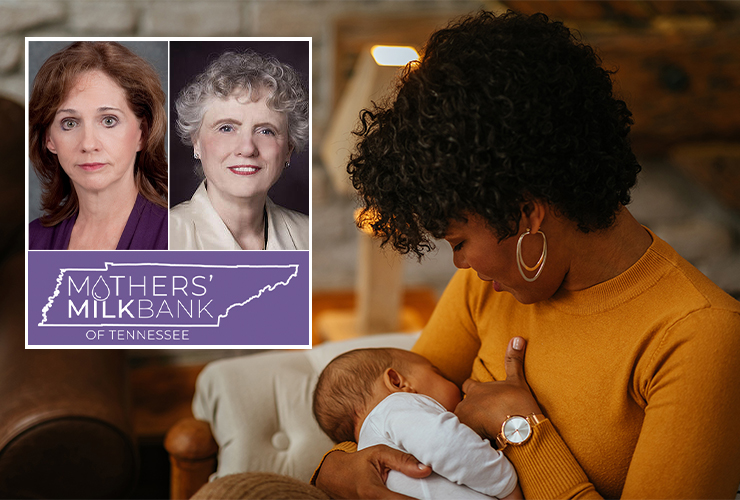 An MTSU professor will explain the benefits of breast milk in an upcoming virtual presentation.

Janet Colson, a professor of nutrition in the Department of Human Sciences and a registered dietitian, will discuss the nutritional benefits of human milk for babies at 11 a.m. Wednesday, April 20, in a webinar hosted by Mothers’ Milk Bank of Tennessee. The Murfreesboro-based nonprofit organization was founded in 2014 to provide pasteurized donor breast milk to at-risk babies across Tennessee.

Colson contributed a chapter to “Food Studies: Matter, Meaning, Movement,” a new Canadian open educational resources textbook. In her chapter, “Breast Milk: The Present, Past and Future,” she documented the superior nutritional value of breast milk over other options.

“In addition to the ideal balance of nutrients, human milk is often called ‘liquid gold’ because of the numerous bioactive substances such as hormones, immunoglobulins, probiotics, prebiotics and oligosaccharides it contains,” Colson wrote.

“Even though formula manufacturers claim their products are ‘closest to mother’s milk’ by trying to replicate the nutrient and bioactive ingredients, they will never be able to replicate nature’s nutriment.”

Colson’s teaching focus is maternal and child nutrition. She is the editor of “Annual Editions in Food” and “Nutrition and Taking Sides: Clashing Views in Food and Nutrition.”

Dr. Susan Campbell, executive director of Mothers’ Milk Bank of Tennessee, will discuss the benefits of pasteurized donor human milk for premature babies in the neonatal intensive care unit. Campbell is a lactation consultant as well as a fellow of the American Academy of Pediatrics and the Academy of Breastfeeding Medicine.

To register for the webinar, go to www.milkbanktn.org/upcoming-events. The webinar is organized by Hanna Van Houten, an MTSU public health graduate student and Mothers’ Milk Bank intern.