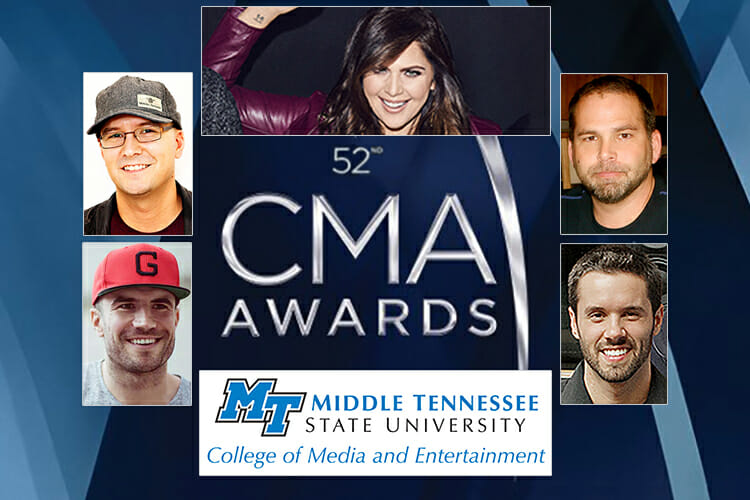 Some of our Music Row players once again kept MTSU in the spotlight at the 52nd annual Country Music Association Awards in Nashville Wednesday night, Nov. 14, though they didn’t bring home any of the coveted crystal statuettes.

The 2001 recording industry graduate co-produced Musgraves’ first two albums, including her Grammy-winning debut, “Same Trailer Different Park,” and has so far co-written 23 No. 1 singles with a list of artists that includes Eric Church, Tim McGraw, Blake Shelton and Carrie Underwood.

Jason Aldean’s No. 1 “Drowns the Whiskey” duet with Miranda Lambert, which earned musical event of the year and single of the year nominations, was produced by Michael Knox, a 1991 recording industry alumnus.

Jeff Braun, a 2012 audio production graduate, was the mix engineer for the song as well as the album it’s on, “Rearview Town.”

Knox has produced Aldean’s albums since his 2005 debut, earning multiple award nominations and a CMA album win for “My Kinda Party” in 2011.

Both Laird and Knox are members of the “Wall of Fame” in MTSU’s College of Media and Entertainment. They’re among 88 media leaders and alumni recognized since 2000 by the college to honor successful graduates and inspire current students to continue working toward their goals.

Veteran country crossover trio Lady Antebellum, which includes former MTSU student Hillary Scott, received its ninth consecutive nomination since 2009 for the top vocal group award at the 2018 CMAs. The group has won three of those awards in nine years.

Former MTSU student Sam Hunt also was a nominee at this year’s CMA Awards; his “Body Like a Back Road” was included for a second year in the top song and single categories.

The CMA website says all nominated music “must have been first released during the eligibility period, which for the 2018 show is July 1, 2017, through June 30, 2018.” Hunt’s song was first released to country outlets in February 2017 and to adult contemporary radio in April 2017.

CMA officials later said that Hunt’s song, which Nielsen Music reported as the No. 3 selling song in the United States for 2017, was included in the 2018 nominations because it was still a Top 5 country song during the eligibility period — and didn’t win in 2017.

Hunt, who co-wrote his nominated song, broke multiple records with “Body” when it remained at No. 1 on the Billboard Hot Country Songs for 34 weeks between June and October 2017.

You can find a complete list of the 2018 CMA winners and nominees at https://cmaawards.com/nominees. More information about MTSU’s College of Media and Entertainment is available at http://mtsu.edu/media. 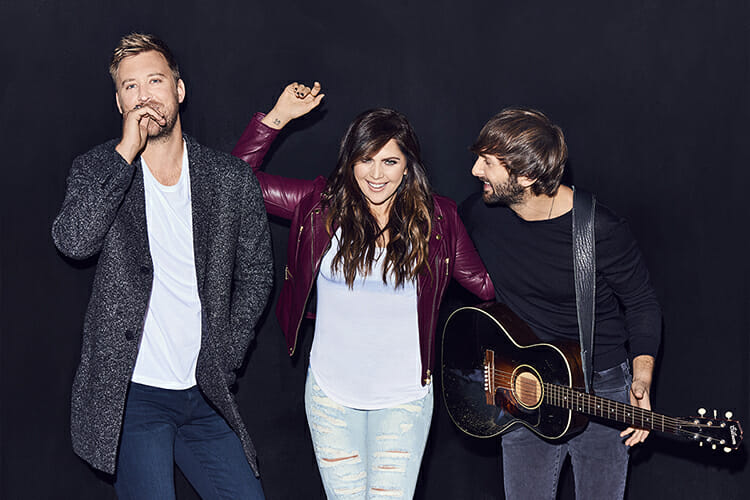