POLL: Tenn. weighs in on abort.. 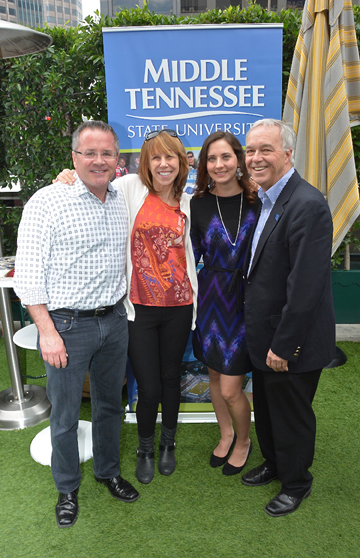 About 50 recording industry executives, artists and university alumni, students and supporters attended a brunch on the rooftop of The Standard hotel to recognize Warwick, a 1999 graduate of MTSU’s Recording Industry program. She was named to the chapter’s top job last year.

Among those in attendance were MTSU alumni Pete Fisher, general manager of the Grand Old Opry, and Torrance “Street Symphony” Esmond, who won a Best Contemporary Christian Music Performance/Song Grammy as a co-writer of “Messengers” by popular Christian hip-hop artist Lecrae Moore, who also attended MTSU.

Ken Paulson, dean of the College of Mass Communication, said Warwick’s colleagues from The Recording Academy who attended the brunch all sang her praises.

“I’ve talked to her colleagues here and they all said from the moment that they met her, they all recognized her leadership, her passion and commitment,” Paulson said.

“We (at MTSU) have loved watching her career blossom. We are so proud, and we are delighted to honor her today.”

Warwick said she was moved by the tribute from her alma mater on the eve of the industry’s biggest night, the 57th annual Grammy Awards.

“I transferred to MTSU my junior year and it changed my life,” she said. “The friendships I made, the relationships and internships. Some of my favorite mentors are here today.

“(MTSU) is such a blessing and such an amazing university. It’s so exciting (that) I kind of have to pinch myself.”

The Warwick brunch was among several activities that MTSU put forward as part of the Grammy week of festivities.

On Feb. 5 and 6, six students from the Department of Recording Industry volunteered in various capacities during the 17th&s;annual Grammy Foundation Legacy Concert.

The students in Los Angeles for the Grammys — seniors James Belt, Eryn Green, Quentin Lee, April Manuel, Taylor Thompson and Keagan Scribner — were under the direction of assistant professor Stacy Merida. They attended the Feb. 7 brunch and mixed and mingled with industry pros.

Belt called the week “a monumental revelation,” adding it was an “honor to meet and work with individuals in the industry.”

“I’m so excited for you guys,” Warwick told the students. “You are in good hands.”

You can read about MTSU’s Grammy winners and nominees here and about more special Grammy events here. 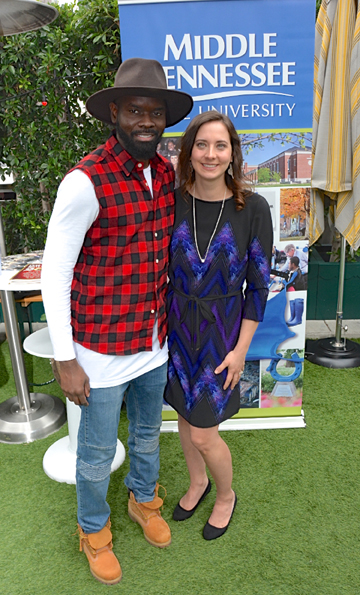