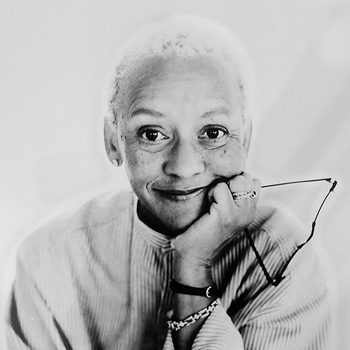 Social activist and poet Nikki Giovanni will help conclude the MTSU Public History Program’s 2012 field school, “Life in the Bottoms,” with a special lecture on Tuesday, May 29, at New Vision Baptist Church in Murfreesboro.

The public event will begin at 5:30 p.m. with a barbecue dinner, and at 6:30 p.m., selections of oral histories created during the field school will be read.

Giovanni will speak beginning at 7:30 p.m. on “Something Called Progress Killed My Grandmother’: Urban Renewal and African-American Neighborhoods.”

New Vision Baptist Church is located at 1750 N. Thompson Lane, just across from the new main entrance to the Stones River National Battlefield.

Giovanni, a native of Knoxville and graduate of Fisk University in Nashville, is the recipient of 18 honorary doctorates and numerous other awards, including a Grammy nomination. She is the author of more than 30 books for both adults and children and is a University Distinguished Professor at Virginia Tech in Blacksburg, Va.

“The Bottoms” was located along Murfreesboro’s South Maple Street, downhill from the Public Square in the area that now houses the city’s Water and Sewer Department, City Hall and the Linebaugh Public Library.

Until 1947, when construction began on a new four-lane highway to Nashville that would be called U.S. 41 and Broad Street, the area was home to a large African-American community. It also housed warehouses, factories and other businesses and was often flooded by a tributary of Lytle Creek. As construction got under way, residents were relocated to a newer housing development out Main Street.

Seating for the May 29 event is limited to 200 people, and tickets, which are $25 each, include dinner and admission to Giovanni’s lecture.

Guest presenters will include Dr. Gloria Bonner, director of MTSU’s Office for Community Engagement and Support.