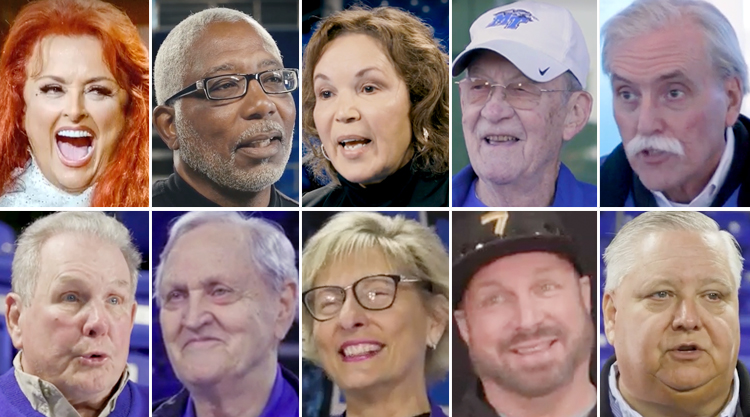 The January 2023 edition of Middle Tennessee State University‘s “Out of the Blue” TV magazine show is zooming in on 50 years of reflections on MTSU’s “Glass House,” the iconic Charles E. “Bubber” Murphy Athletic Center.

The show focuses on the landmark facility’s history as sports arena, education headquarters, entertainment venue and special-events home since it opened Dec. 11, 1972, and the efforts to renovate and renew it for another 50 years of service.

Join us to hear from MTSU former and current staffers, alumni, students and fans for whom Murphy Center has shone in their lives, along with two renowned entertainers who’ve performed there to sellout crowds.

You can watch “Out of the Blue,” with host Andrew Oppmann, anytime online on MTSU’s YouTube channel and on MTSU’s True Blue TV, airing on Murfreesboro cable Channel 9 daily at 6 a.m., 11 a.m. and 1:30 p.m. Central and on Roku, Apple TV and Amazon Fire TV, as well as on NewsChannel5+ at 3:30 p.m. Sundays.

“Out of the Blue” also is available as iTunes and Google Play podcasts and on other cable outlets in Middle Tennessee, so check local listings.

Enjoy previous editions of “Out of the Blue” here in our archives, too.