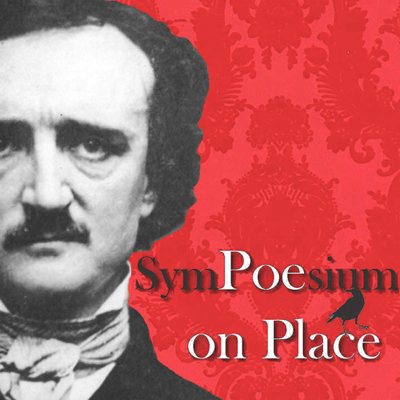 One of America’s great literary geniuses will be explored in depth at “A SymPoesium on Place” Wednesday, Feb. 18, in the Simmons Amphitheatre of MTSU’s Paul W. Martin Sr. Honors Building.

Click on the poster to see a printable version.

Scholars from the United States, Germany and Russia will dissect Edgar Allan Poe’s life and work from perspectives of what place meant to him from 12:30 to 4:30 p.m. Feb. 18.

The author of poems such as “The Raven” and “Annabel Lee” and tales such as “The Murders in the Rue Morgue” and “The Pit and the Pendulum” is most closely associated with Boston, Baltimore, Philadelphia and New York.

Dr. Harry Lee Poe, an indirect descendant of Edgar Allan Poe and a professor at Union University in Jackson, Tennessee, will describe the author’s concepts of space and science in “Everywhere Man: Poe and the Universe” during the symposium.

“Edgar Allan Poe’s conception of the universe is one that sort of permeates many of his writings,” said Dr. Philip Phillips, associate dean of the University Honors College and a Poe scholar.

Harry Lee Poe also will put some Edgar Allan Poe artifacts from his personal collection on display from noon to 6 p.m. in the fourth-floor special collections area of the James E. Walker Library. At 5 p.m., Harry Lee Poe will describe his artifacts with a gallery talk; a brief reception will follow.

An interview with Harry Lee Poe about the symposium will air at 8 a.m. Sunday, Feb. 15, on “MTSU On the Record” on WMOT-FM (89.5 and www.wmot.org ). The audio from that interview will be posted at www.mtsunews.com later that week.

Edgar Allan Poe’s place in popular culture is unmistakable. His image is on the cover of The Beatles’ “Sergeant Pepper’s Lonely Hearts Club Band” album; a new off-Broadway musical, “Nevermore: The Imaginary Life and Mysterious Death of Edgar Allan Poe,” is getting reviews as both “bleak” and “stylish.”

Numerous movies have been based on Poe’s works. “The Raven” inspired both a rock song by The Alan Parsons Project and the name of the National Football League’s Baltimore franchise.

“There’s a lot more to Poe than spooky tales and horror,” said Phillips. “Behind that is a mind that is concerned with literary effect, with beauty and with the meaning of sound and poetry. There’s a lot of complexity to his work on just about every level.”

The French poet Charles Baudelaire saw Poe as a perpetual outsider, “a figure who was unappreciated by a predominantly commercial and materialistic American society,” said Phillips.

Although Poe was only 40 when he died in 1849 under circumstances that are as mysterious as any of his writings, he was very prolific.

“He had to write for the popular audience to a large degree, which helps to account for the wide range of literary works that he produced,” Phillips said.

“A SymPoesium on Place” and the display of Poe artifacts in the James E. Walker Library are free and open to the public. The event is sponsored by the University Honors College, the Virginia Peck Fund and the MTSU chapter of The Honor Society of Phi Kappa Phi.

“We want the symposium to be something that people who have any level of interest in Poe to enjoy,” said Phillips.