Trio from Arizona Republic discusses Pulitzer-winning ‘The Wall’ at MTSU 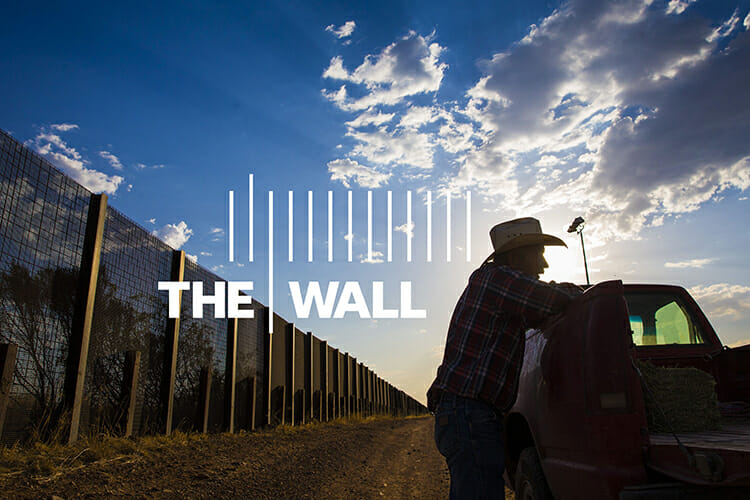 A trio of journalists from The Arizona Republic, winner of the 2018 Pulitzer Prize for Explanatory Reporting for a multifaceted news package, “The Wall: Unknown Stories, Unintended Consequences,” will discuss the project during a free public event set Wednesday, Oct. 3, at MTSU.

Reporter Laura Gomez, project manager Annette Meade and interactive graphics editor Mitchell Thorson will talk about what they learned in the project examining the difficulties and consequences of constructing a wall along the U.S. border with Mexico during the Oct. 3 event, set for 11:30 a.m. in the Parliamentary Room, Room 201, of MTSU’s Student Union.

A campus parking map is available at http://tinyurl.com/MTSUParking. Off-campus visitors attending the lecture can obtain a special one-day permit at www.mtsu.edu/parking/visit.php.

The free public event is part of the Pulitzer Prize Series sponsored by the John Seigenthaler Chair of Excellence in First Amendment Studies and the College of Media and Entertainment at MTSU.

The trio also will discuss the project Tuesday, Oct. 2, at 6 p.m. at the John Seigenthaler Center at Vanderbilt University, 1207 18th Ave. S. in Nashville.

This May 2017 photo of Arizona rancher John Ladd, whose 16,000-acre property on the U.S. border with Mexico has been the site of illegal border crossers and drug smugglers, is part of the Arizona Republic news package on “The Wall,” President Trump’s promised border barrier, that won the 2018 Pulitzer Prize for Explanatory Reporting. Three journalists from the paper will visit MTSU Wednesday, Oct. 3, to discuss the reporting behind the project. (Photo by Michael Chow/The Arizona Republic via USA Today Network)

The Arizona Republic and the USA Today Network won the award, the Pulitzer committee said, “for vivid and timely reporting that masterfully combined text, video, podcasts and virtual reality to examine, from multiple perspectives, the difficulties and unintended consequences of fulfilling President Trump’s pledge to construct a wall along the U.S. border with Mexico.”

The team, comprising more than 30 reporters and photographers, spent nine months reporting on the proposed border wall, interviewing migrants, farmers, families, tribal members, Border Patrol agents, vigilantes and ranchers and visiting each of the 2,000 miles of the border. The news package included print and online stories, documentary videos, virtual reality that allows the audience to visit three border sites, podcasts, a chatbot, live storytelling and even a newsletter.

You can see “The Wall” at www.usatoday.com/border-wall.

MTSU established the Seigenthaler Chair of Excellence in First Amendment Studies in 1986 to honor John Seigenthaler, longtime editor and publisher of The Tennessean and founder of the First Amendment Center, and his lifelong commitment to free expression. The Seigenthaler Chair supports a variety of activities related to topics of concern for contemporary journalism, including distinguished visiting professors and visiting lecturers at MTSU, research, seminars, and hands-on training for student journalists.

You can learn more about MTSU’s John Seigenthaler Chair of Excellence in First Amendment Studies at www.mtsu.edu/seigenthaler or by contacting director Deborah Fisher at deborah.fisher@mtsu.edu.