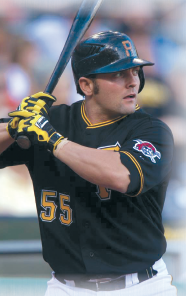 hours and 39 minutes) and ended at 1:50 a.m. ET with what some sportswriters described as the worst officiating call ever in baseball. How does this apply to MTSU? When Braves runner Julio Lugo scored from third base on the contested play at the plate that ended the game with a Braves victory, replays clearly showed that former MTSU baseball standout Michael McKenry—the Pirate catcher— made the tag for the out. The home plate umpire saw it differently. The loss sent the Pirates, who were in the thick of a playoff hunt for the first time in decades, into a spiral. After that loss, the Pirates lost 21 of their next 29 games and fell out of contention in the National League Central. McKenry started the 2013 season in a catching rotation with former Dodger and Yankee Russell Martin. Other former Blue Raider pro baseball players playing in the minor league system include Hunter Adkins, Bryce Brentz, Brett Carroll, Alex McClure, Justin Miller, Daniel Palo, Kenneth Roberts, Will Skinner, and Coty Woods. 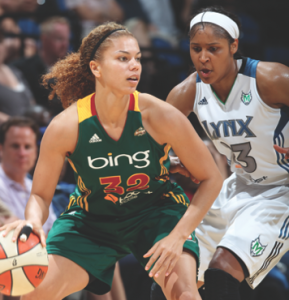 Alysha Clark (’09) Seattle Storm A. S. Ramat Hasharon Electra Clark, who led the NCAA in scoring and set a school record with 27.5 points per game while a senior at MTSU, got her pro career back on track last year with the Seattle Storm in the WNBA. (Clark has also played in Israel.) Clark was recently named an assistant coach for the Lady Raiders. She will remain with Seattle until their season is complete this fall. 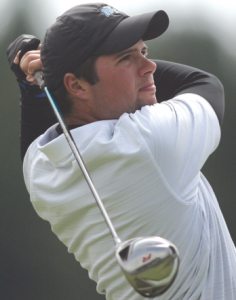 Chas Narramore, Rick Cochran (’09), Kent Bulle (’11) (Right), Jason Millard (’11), and Hunter Green could soon crack a PGA tour event. A recent list of 10 “golfers to watch” on the 2013 National Golf Association tour (widely regarded as the numberthree men’s professional golf tour in the U.S.) spotlighted Narramore, Cochran, Bulle, and Millard in particular as players who could move up to the Web.com tour or even the PGA Tour “sooner than later.” Narramore finished top-5 in NGA earnings in 2012 with four top-10 finishes. Cochran had six top-10s.

Chrissy Givens (’06) BC ICIM Arad Givens lit up the Romanian National League earlier this year, leading in scoring at over 19 points per game and taking ICIM Arad to first place in her first season with the team.

Lisa-Marie Woods Boston Breakers Fortuna Hjørring A pro player in Denmark and a member of the Norwegian Women’s National Team system since 2003, Woods recently signed a contract with the Boston Breakers of the newly christened National Women’s Soccer League (NWSL).

Shan Jones (’12) Jones was selected to the Wales Women’s National Team for the 2013 Algarve Cup, a prestigious global competition between 12 national teams held in Algarve, Portugal. 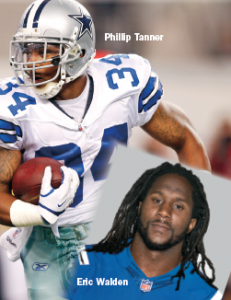 Phillip Tanner (’10) Dallas Cowboys Tanner will enter the 2013 NFL season as one of the backups to starter DeMarco Murray in the backfield for the Cowboys.