Ten Commandments up for discus..

‘October Scarefest’ is waiting in the dark for you...

‘October Scarefest’ is waiting in the dark for you 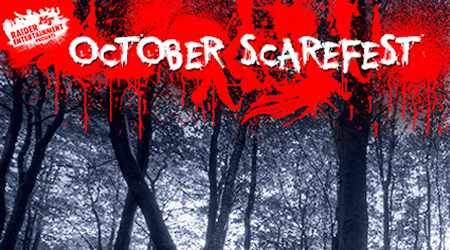 Frighten yourself into a monthlong film frenzy when MTSU’s Student Programming and Activities Films Council brings “October Scarefest,” its annual offering of horror movies, back to campus.

Monday and Tuesday nights in October will make your blood run cold with classic public-domain thrillers like “Bucket of Blood,” “Night of the Living Dead” and “Freaks.”

The weekend of Oct. 19 and 20 marks MTSU’s third-year showing of the cult classic “The Rocky Horror Picture Show,” complete with a toast-tossing live shadowcast by Little Morals, a Nashville-based group of “Rocky Horror” performers.

The weeknight movies will be screened free at 6 p.m. inside the new Student Union Video Theater, located in Room 208 of the newly opened building on the east side of campus.

Admission is $5 per person for “Rocky Horror,” which will be shown at midnight Oct. 19 and 20 in the second-floor Keathley University Center Theater.

All films are open to the public as well as the on-campus community.

The weeknight “Scarefest” lineup is:

No Scarefest films will be screened during Fall Break, Oct. 13-16.

“Rocky Horror,” first released in 1975, is the longest-running release in film history and has been playing in theaters’ midnight showings for decades. The science-fiction/B-movie musical parody is renowned for its audience participation, which often includes dressing like the film’s characters and acting out scenes.

Squirt guns or candles won’t be allowed in the theater during the “Rocky Horror” screenings for safety reasons. The film is rated R, and IDs will be checked. Non-MTSU students 17 and younger must have a parent or guardian accompanying them. MTSU students with a current ID and a paid ticket will be admitted regardless of age.

Pre-sale tickets for “Rocky Horror” are available for online purchase here until 11:59 p.m. Friday, Oct. 19, and in Student Union Room 340 from 8 a.m. to 4:30 p.m. until Oct. 19. Tickets also will be available immediately before both screenings beginning at 11 p.m. at the KUC Theater box office, and the doors will open at 11.