‘MTSU On the Record’ guest dis.. 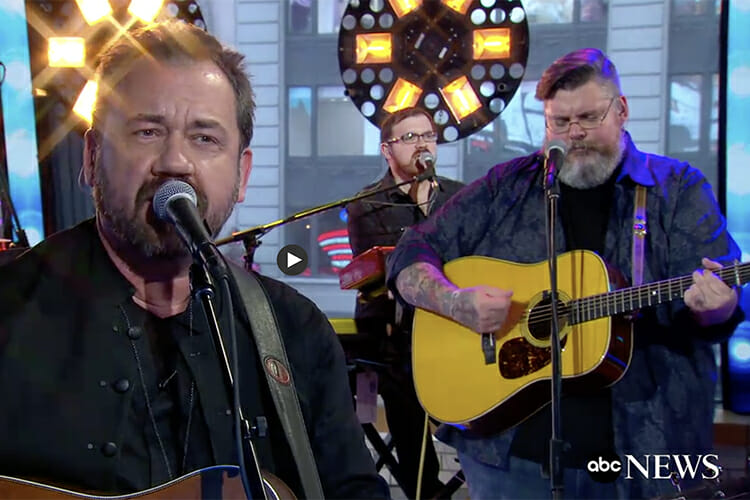 Pay attention to that man behind the keyboards — he’s an MTSU School of Music alumnus on a roll, playing across the country for multi-Grammy-winning artist Dan Tyminski’s new solo project.

Micah Snow, who earned his Master of Liberal Arts degree in collaborative piano from MTSU in 2013, has served as a staff musician for the School of Music and the Department of Theatre and Dance, providing accompaniment for vocal and instrumental lessons and coordinating musical theater productions.

Snow has joined Tyminski on tour in support of his October release, “Southern Gothic.” Tyminski is best known for his work in Union Station with Allison Krauss and for the lead vocals in the Oscar-nominated film “O Brother, Where Art Thou?”, including the Grammy-winning featured song “Man of Constant Sorrow.”

You can watch the band perform “Temporary Love” from the album during a January performance on ABC’s “Good Morning America” here and the album’s lead single from an October performance on CBS’ “The Late Show with Stephen Colbert” below. Snow, who can be seen near the drummer in both videos, also provides backing vocals.

“Aside from Tyminski, I have recently had the opportunity to play with Charles Esten (of TV’s ‘Nashville’) on two separate occasions, as well as with Rock and Roll Hall of Famer Darlene Love on her most recent Christmas tour,” Snow continued, adding that he also serves as music director for a Nashville-based Billy Joel and Elton John tribute band, The Piano Men.

For more information about MTSU’s School of Music in the College of Liberal Arts, visit http://mtsumusic.com. You can learn more about the Master of Liberal Arts program at www.mtsu.edu/programs/liberal-arts-ma.