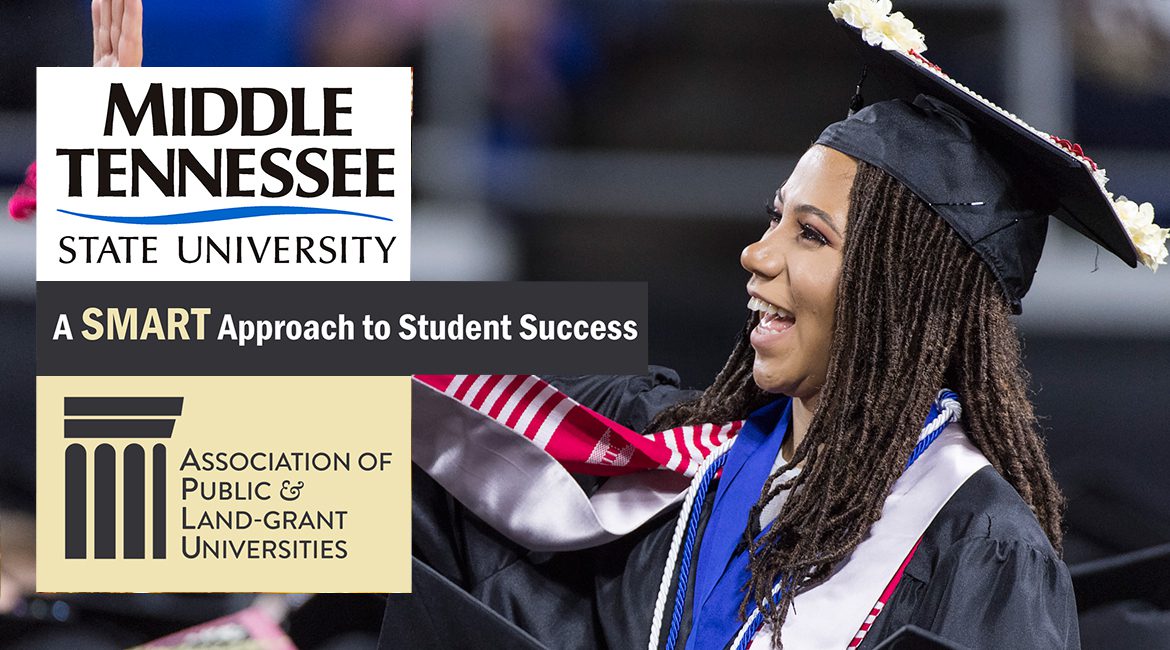 MTSU’s drive toward greater student success is now part of a national online course to guide other institutions toward more efficient advising.

Click on the page to read the entire “SMART Sucess” PDF.

The Association of Public and Land-grant Universities is offering the six-lesson, self-paced course titled “A SMART Approach to Student Success: Strategic Management of Advising Reform and Technology” on its website, www.aplu.org.

About 20 members of the MTSU community were interviewed and videotaped for the course, which helps institutions restructure their advising models.

“The course is at minimal expense,” said Dr. Rick Sluder, MTSU’s vice provost for student success. “It’s not something you’re going to spend tens of thousands of dollars to do, but … it’s the starting point.”

Because the five institutions represent a variety of research universities, community colleges, urban universities and institutions serving largely Hispanic populations, Sluder said the course applies to colleges of all sizes.

Since increasing its total number of academic advisers to 78 in 2014 and revamping its approach to advising, MTSU has received exceptional national recognition for its approach to improving retention and graduation. Being chosen to show other universities how to follow suit is a point of pride for Sluder.

“To be recognized as a national model means everything,” said Sluder.

For its participation in the national APLU course, MTSU received 20 site licenses at no charge and a $15,000 stipend. Sluder said the money has been set aside for student microgrants, which allows students facing financial emergencies to apply for microgrants of up to $250 each.

For more information about the APLU course, go to www.aplu.org/smart. To find out more about MTSU’s approach to improving student retention and graduation, go to www.mtsu.edu/studentsuccess.