‘MTSU On the Record’ inspects .. 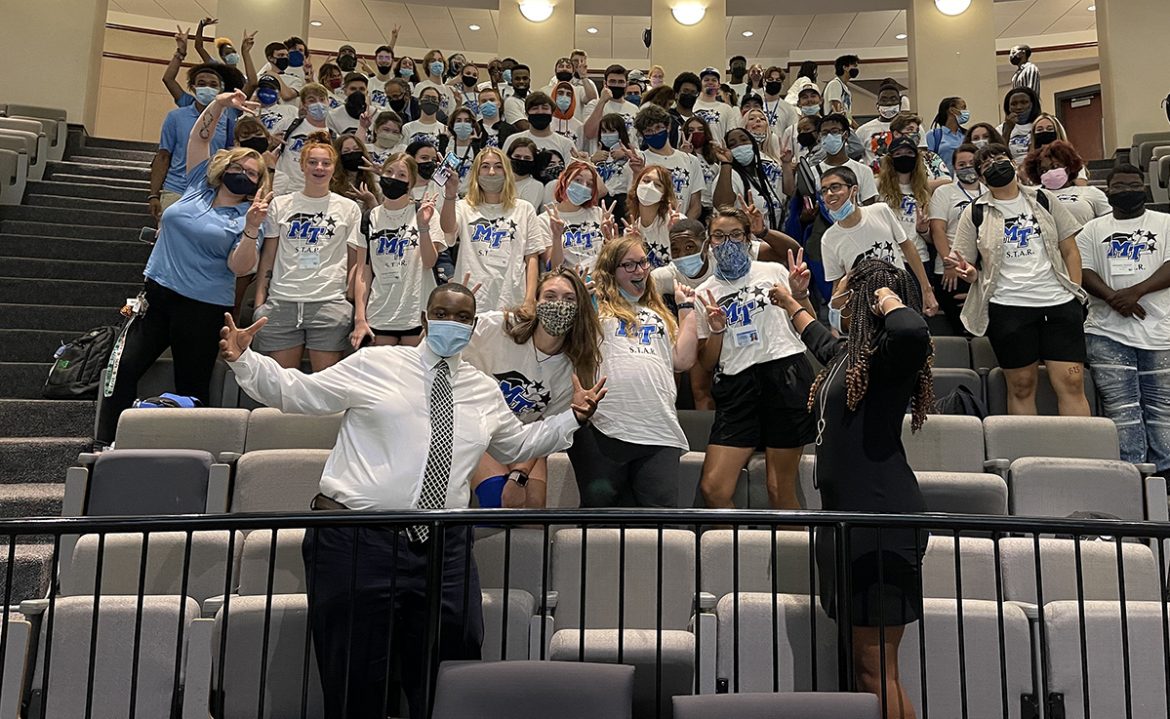 Victoria Jennings of Springfield, Tennessee, called the recent MTSU Scholars Academy “an amazing” time as she and other students prepared to start the 2021-22 Middle Tennessee State University academic year.

A May Springfield High School graduate, Jennings, 17, who plans to study family and consumer science with a concentration in child development and family studies, found the one-week virtual and Week 2 in-person session “helped me come out of my shell and I met a lot of new people,” she said during a break in presentations in the Business and Aerospace Building.

Students participating in this year’s MTSU STAR Conference participate in a team-building exercise in a Campus Recreation Center gym in the Health, Wellness and Recreation Center. Nearly 160 freshmen learned how to better adapt socially and academically during the two-week program. (Submitted photo)

Scholars Academy, an Office of Student Success endeavor along with the Student Transition and Academic Readiness Program, or STAR, is a freshman year experience opportunity designed to enhance student learning and success through academic, social and long-term support.

“It was extremely successful this year. The students enjoyed it,” said Brelinda Johnson, Scholars Academy manager in the Office of Student Success. Nearly 160 students combined participated this year.

“Our goals are to acclimate students academically and socially,” she added. “We found they walk away from STAR or Scholars Academy as friends. They create study groups. A lot sat together in Convocation. They feel less overwhelmed about the new experiences going on in the first week of classes. … It was great exposure for them early on.”

Johnson said one student told her she “was thankful she got to hear about all of this information. She was prepared. A lot of other students, who did not attend either program, still had lots of questions.”

Scholars Academy participant Rachel Hortert, 19, of Murfreesboro, wrote that it “has been one heck of a journey so far and we’ve only just started!”

Hortert, a psychology major who was homeschooled, thanked Johnson and her colleague Travis Strattion for “starting us off on the right track. … Scholars Academy greatly assisted me in knowing what to expect and how to cope with situations thrown at me. This has been an incredible opportunity. You have been understanding and supportive about (a personal situation). You have already made a positive impact on my life.” 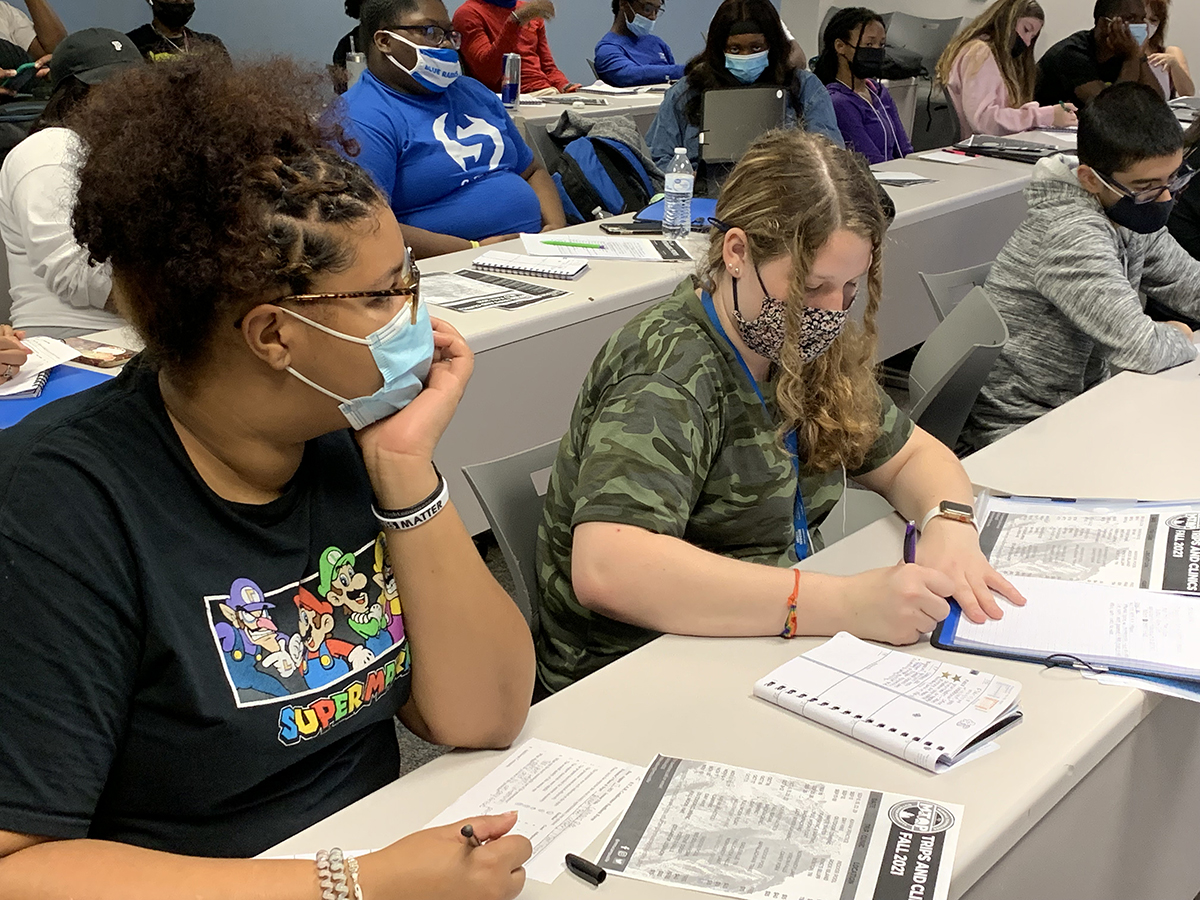 MTSU students taking part in this year’s STAR Conference take notes while listening to a presentation about the Office of Counseling Services recently. More than 20 in-person presentations were available to the nearly 160 freshmen students attending. The two-week conference helps them get acclimated socially and academically. (MTSU photo by Randy Weiler)

A major component of the two early arrival programs is the STAR conference, which allows participants to hear from top administrators, faculty and staff on campus.

Author, speaker, mental health therapist and life coach Jay Barnett provided the keynote on the conference’s opening night. The next day, he assisted the Office of Student Success  to kick off the fall 2021 Black Male Lecture Series.

New MTSU freshmen participating in the recent Office of Student Success Star Conference listen to staff member Carolyn Jackson from Counseling Services share how their office can assist them throughout their time at the university. More than 20 presenters from a variety of offices and programs delivered information during afternoon sessions. (MTSU photo by Randy Weiler)

While students spend their day in a conference setting, the opportunity to socialize and meet others is provided throughout the week of afternoon events.

At the in-person sessions, students attended a variety of presentations, ranging from Campus Recreation and Health Services to Counseling Services, Education Abroad and more.

Daniel Green shared about Intercultural and Diversity Affairs. The Honors College’s Laura Clippard discussed student Fulbright and other award opportunities available to them. Many others presented on multiple days. 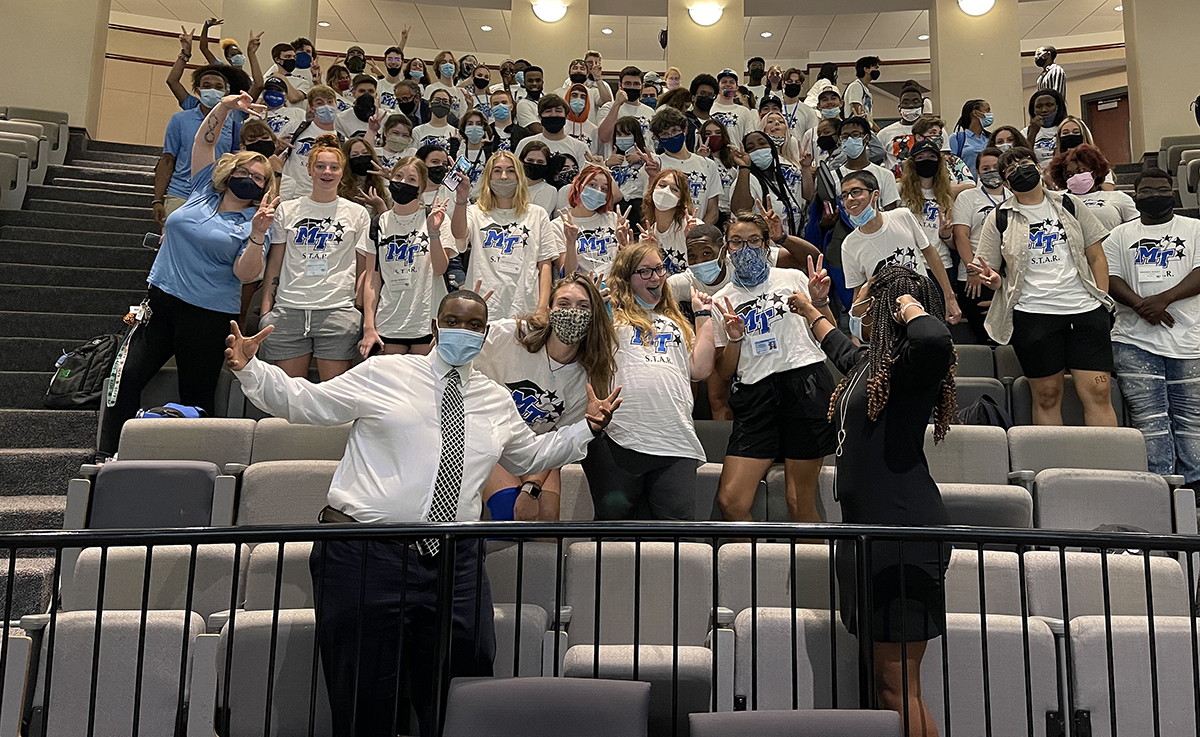 MTSU STAR Conference participatns — from Scholars Academy and STAR — learn about being in the student section at Blue Raider football games during the recent Blue Zoo day in Floyd Stadium. (Submitted photo by Travis Strattion) 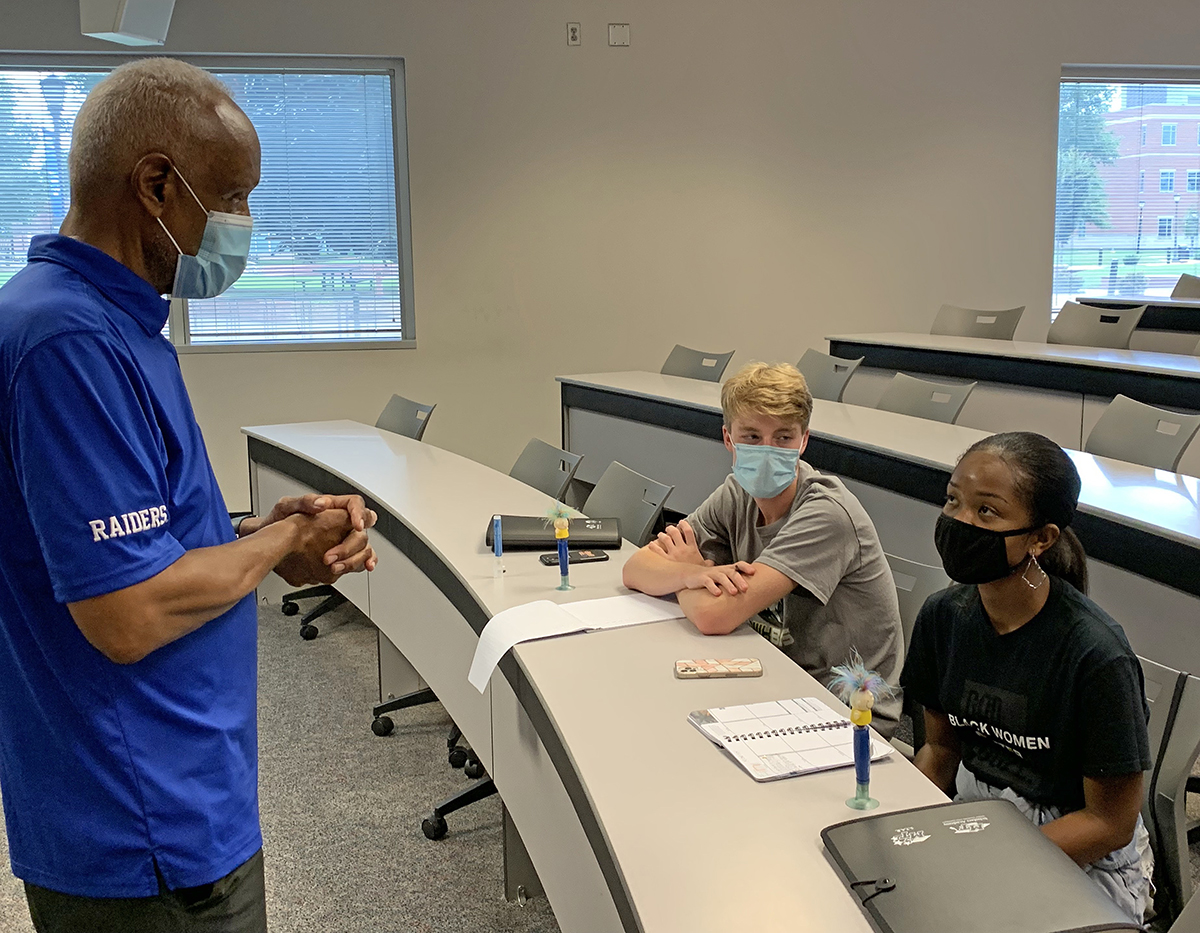 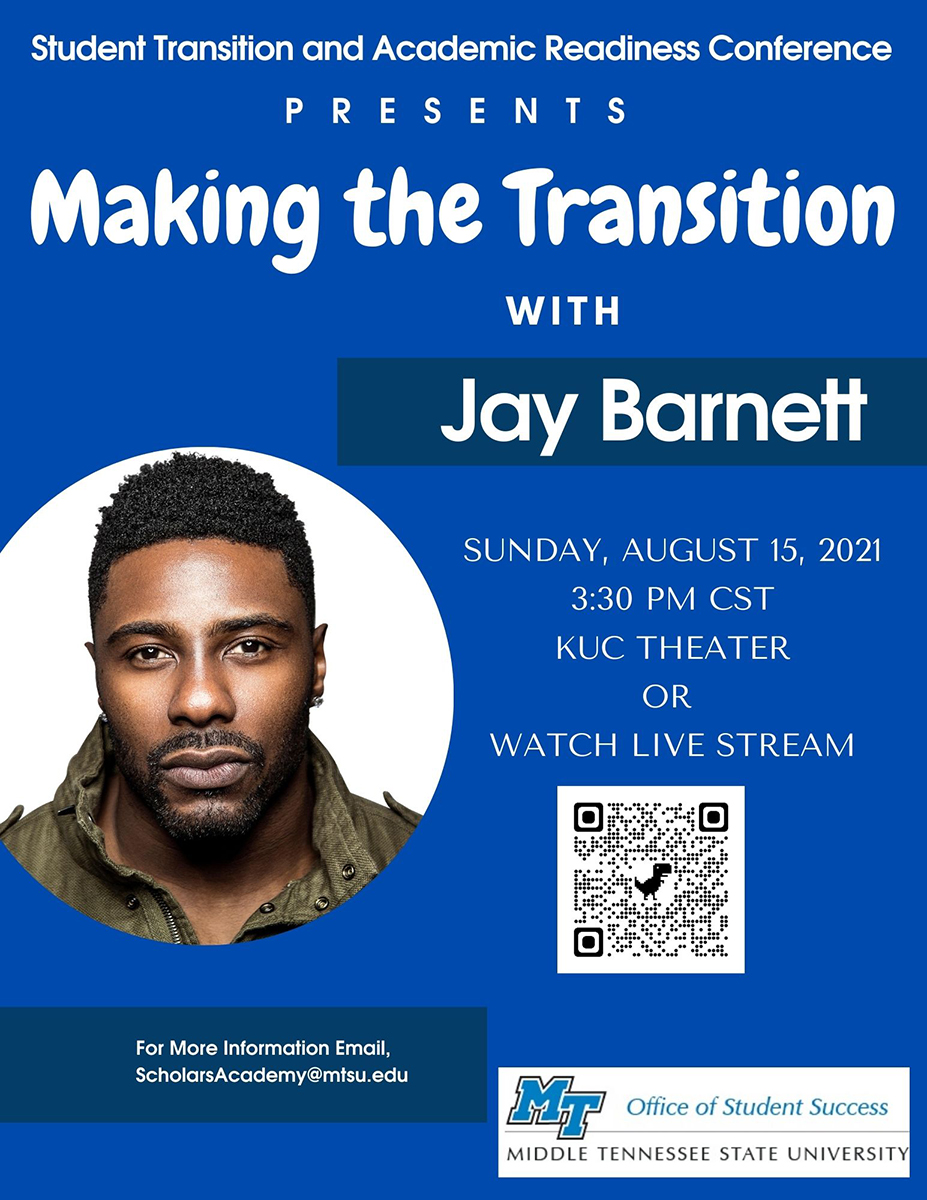