Approaching 30, Marie McCord finds herself a nontraditional student about to graduate from MTSU in May — and mapping out the next chapters of her life.

McCord, one of 60 students participating in the seventh annual “HackMT” Jan. 28-30 in the Science Building, has spent the past three years commuting from her Antioch, Tennessee, home to Murfreesboro, where she’s a computer science major with minors in math and statistics. 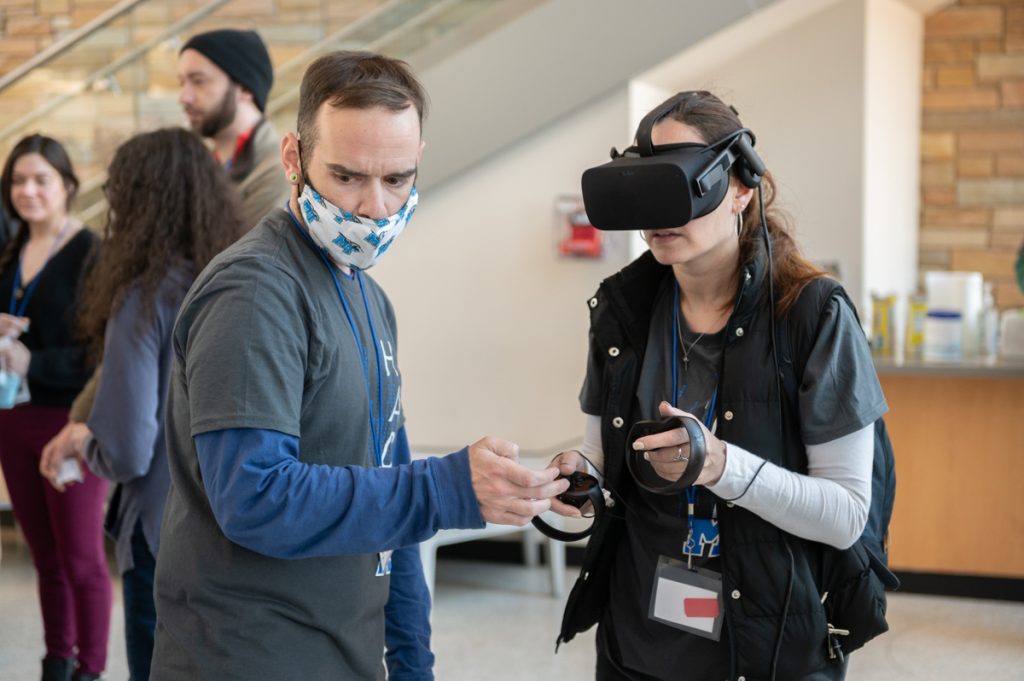 McCord’s lined up a summer internship with Nashville-based Asurion, a global tech services company, and plans to pursue graduate school at Virginia Tech, the University of Illinois or one of several other higher-ed opportunities she’s been offered starting in the fall.

She was one of 12 students on a team named “Dr. Phillips’ Favorites,” which created a communications tool for college students similar to Slack or Discord and was named for professor and event director Josh Phillips.

Teams try to invent new web platforms, mobile apps and electronic gadgets during more than 36 intense hours. Their creations this year included a way for people to find nonprofits nationally and a method to help match people with different-sized feet with correct shoe sizes through an app. 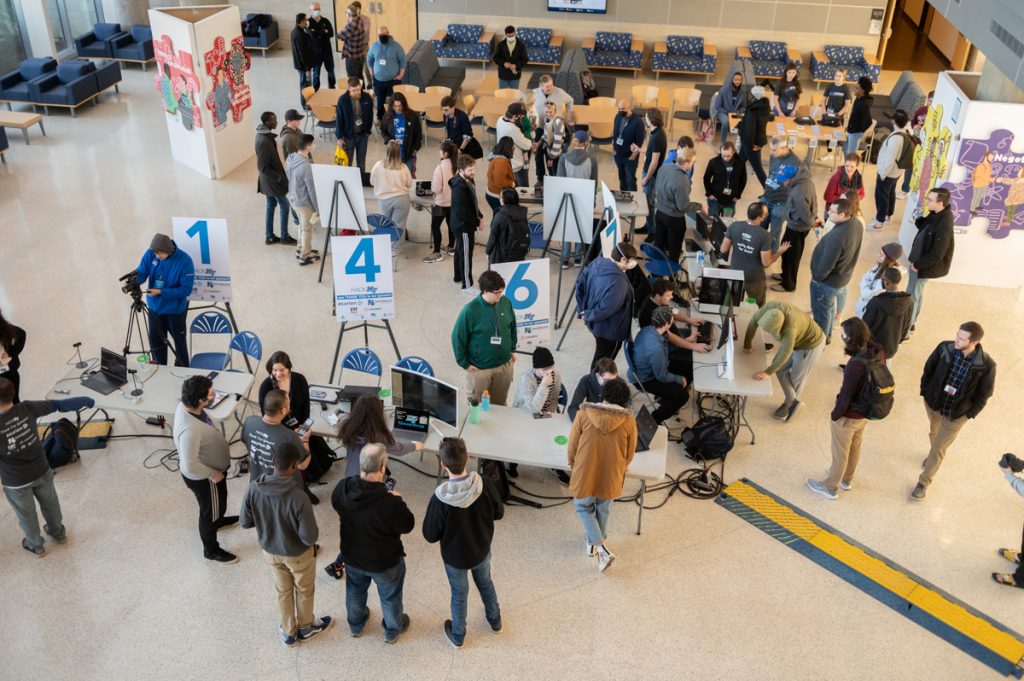 “It was really exciting to see everyone’s work. There were a lot of cool projects this year,” McCord said, surveying the seven teams set up in the Liz and Creighton Rhea Atrium. “It looks like everyone finished. That’s awesome.”

Teammate Myles Chisholm of Clarksville, Tennessee, a computer science major graduating in May and a 2020 HackMT alumnus, said the “networking opportunities with mentors and sponsors” from the event and club participation provide support all students.

Both McCord and Chisholm said the support from Phillips and HackMT co-directors Sal Barbosa, an associate professor of computer science, and computer science Rafet Al Tobasei make the event a good experience.

Phillips said the competing teams “survived the weekend. That shows their endurance.” He added that he’s hopeful next year’s HackMT will also be an in-person event.

“There were some super diverse problems they were trying to solve … and (they were) able to develop finished products so quickly. And they’re learning people skills, teamwork, product management, communication, networking and more,” added interim College of Basic and Applied Sciences Dean Greg Van Patten.

MTSU’s Data Science Club had a strong contingent. They created a way to search nonprofit organizations nationwide, earning them first-place honors from the judges.

The Data Science Program is a fast-growing, interdisciplinary program at MTSU that provides graduates with professional opportunities in a burgeoning field.

A team of MTSU students created “Sole Match” — a way for people with different shoe sizes to obtain the right size for each foot — and earned second-place honors. Nashville, Tennessee-based shoe manufacturer and sponsor Genesco suggested the idea.

“Our group members were not familiar with the technologies, but they dug in and figured out what they could and couldn’t do,” said Cory McDermaid, Genesco senior director for enterprise reporting, who commutes to Nashville every other month from his home outside Salt Lake City, Utah.

“This is very similar to what we do in the business environment, but you do it in 36 hours.” 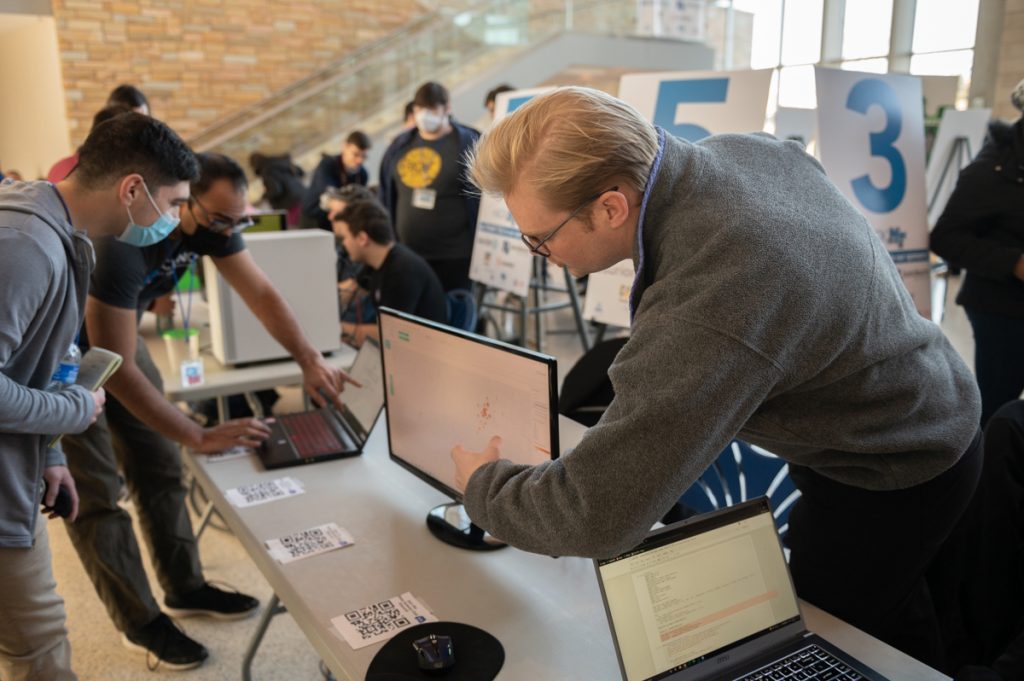 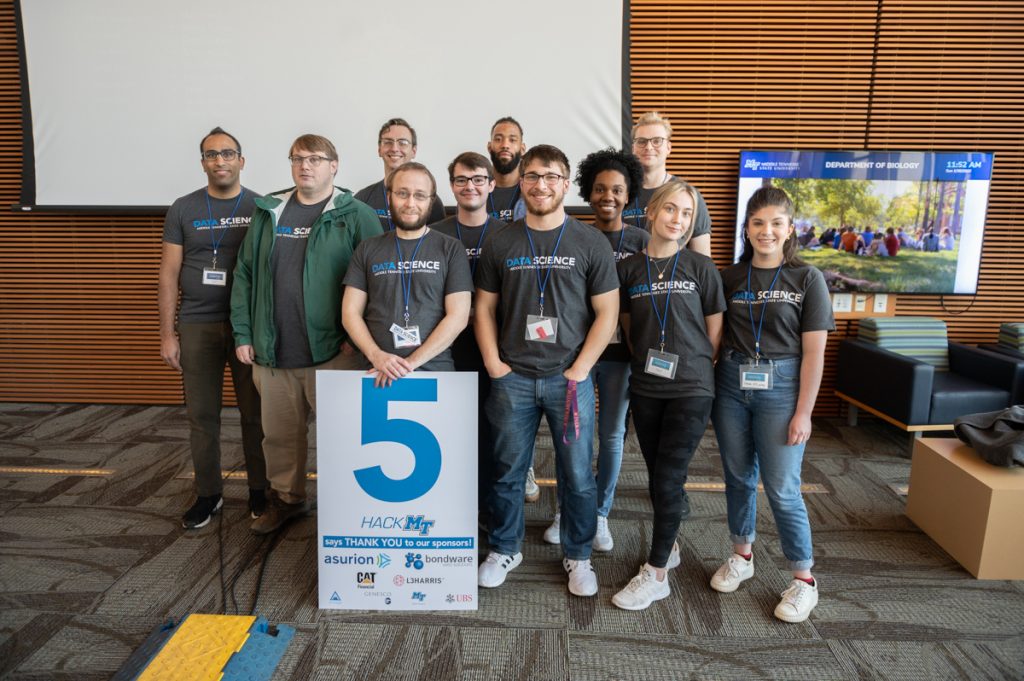 The MTSU Data Science Club poses for a group photo after earning first place for their invention at the end of the seventh annual HackMT Sunday, Jan. 30, during a short ceremony on the Science Building second-floor atrium. The team created an app to allow people to find nonprofits nationwide. (MTSU photo by James Cessna) 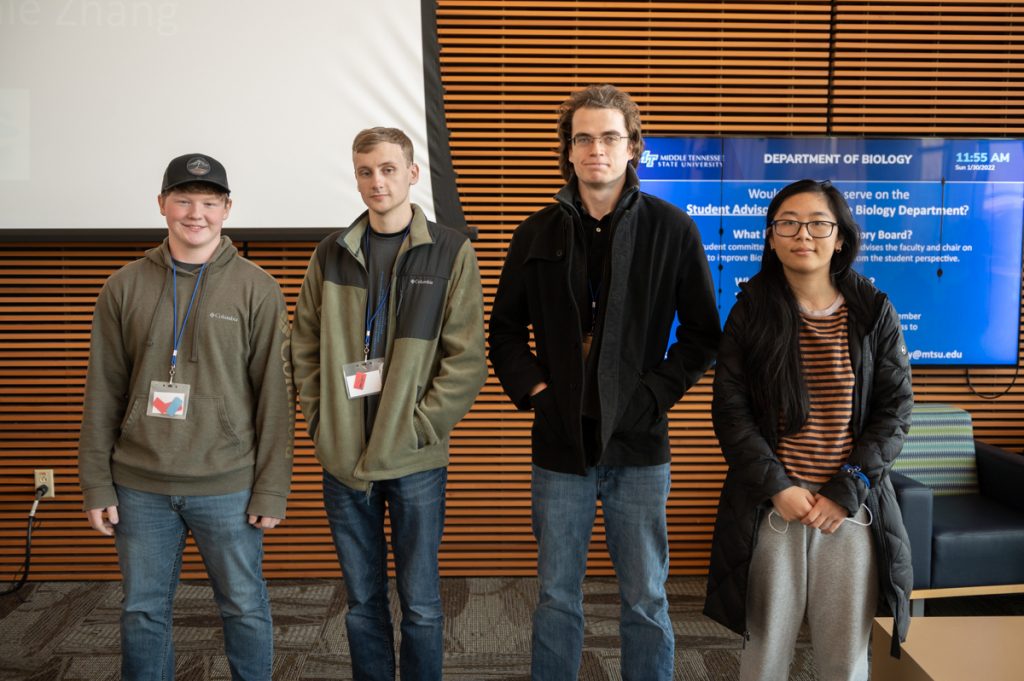 Four MTSU computer science majors are recipients of $1,000 scholarships from the Nashville-based global tech services company Asurion, presented during the university’s seventh annual “HackMT” Jan. 28-30 in the Science Building. From left are Elijah Atkins, a freshman from Dickson, Tenn.; Nick Hodge, a senior from Franklin, Tenn.; Sam Thomas, a junior from Eagleville, Tenn.; and Stephanie Zhang, a sophomore from Hermitage, Tenn. (MTSU photo by James Cessna)