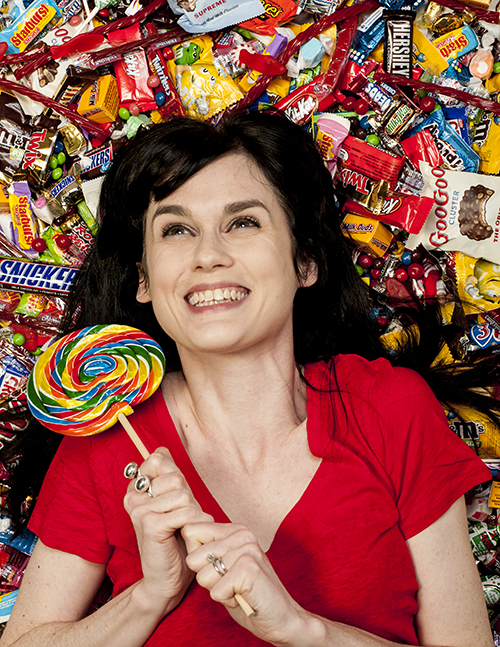 As a journalist for USAToday.com, Whitney Matheson had the kind of fervent following that could seem kind of creepy. Her readers didn’t just follow her online. They followed her.

And she was fine with that.

Drawn by Matheson’s lively observations of pop culture and their shared love of the same, those who made up the national audience of her USA Today blog, Pop Candy, coalesced into a virtual community and at times a physical one, gathering (at her invitation) in New York, San Diego, Austin, or wherever she happened to be on assignment.

“I was always surprised by how many people showed up and super-surprised when readers started holding their own meet-ups across the country without me,” she says.

By the time she hit her thirties, Matheson had the kind of passionate readership few journalists cultivate in a lifetime. What began as a personal column and a sideline from her official job with what was then the paper’s new dot-com side had grown into an extraordinary collaboration between writer and readers.

“Readers illustrated a comic book we distributed at Comic-Con,” Matheson says. “They created logos and promotional material for the blog. They stayed up all night to analyze episodes of Lost on our message boards. Heck, when I went on maternity leave, Pop Candy readers even filled in for me to ensure the blog kept going.”

When downsizing at USA Today ended Pop Candy’s 15-year run last year, Ken Paulson, the paper’s former editor and senior vice president of news who is now dean of the College of Mass Communication, hired Matheson as MTSU’s professional journalist-in-residence. For her students, she represents the new face of journalism and how to succeed outside traditional print media.

“She’s still a young woman but was indisputably a pioneer in establishing a new kind of relationship with her audience,” Paulson says. “Her readers were also her sources, collaborators, and friends. It’s a model that builds loyalty, quality, and reach, and it needs to be shared with our students.”

That model, which is still evolving, was in its infancy in 1999, when Matheson earned her journalism degree from the University of Tennessee. Newspapers weren’t sure where the dot-com train was going, but they knew they’d better jump on or be left behind. So Matheson—who as editor of the University of Tennessee Daily Beacon had taken the path of top journalism students, spending far more time in the newsroom than in the classroom—graduated into an opportunity-rich environment. She went to USA Today right out of college.

Matheson was charged with updating the paper’s website every night (a task now obsolete, she notes) and writing online news stories and some for print. But her passion was writing about pop culture, so she pitched the idea for a weekly online entertainment column based on a popular one she’d written for the Beacon. Her editor said yes, and she ran with it.

“From my perspective, I was just writing about things that I loved that I didn’t see getting a lot of coverage,” she says, “and luckily I had the freedom to experiment with formats and different ways of delivering that.”

Her weekly column led to a daily, less conventional one that ultimately subsumed the original. It kept growing until writing and updating it became her full-time job.

“I called it a blog, but nobody was hyperaware of that term,” she says. “I worked without blogging software at the time. So I started USA Today’s first blog, but it was also one of the first blogs on any major publication’s website.”

Whether or not they knew what to call it, readers responded to Pop Candy in discussions of entertainment not considered mainstream or thought to be too pedestrian or edgy for coverage by traditional media. The job took her to events across the country, from South by Southwest to Lebowski Fest to moustache competitions, with her readers enthusiastically (and sometimes literally) following along.

By the time Matheson had cultivated what would be her groundbreaking readership—Paulson says she was his “top blogger” at USA Today—the platform she’d used to achieve success was on the lips of every naysayer predicting the death of journalism. The lament went something like this: “Now everyone with a blog thinks they’re journalists.”

Now Matheson offers an updated, and decidedly positive, spin on that theme to her students at MTSU.

“The great thing about being a journalist right now is that you can go out and make work tonight,” she says. “You can make a podcast and put it on iTunes. You can make a Web series. You can do it on your own—it’s very easy—and you can distribute it. What I try to tell my students is that I’m not teaching them how to be journalists ten years from now. They should consider themselves journalists right now.”

That’s not to say that journalism students don’t need to learn the core skills of the trade. One of Paulson’s challenges as dean of the College of Mass Communication has been to restructure its curriculum, and the college itself, to better integrate training in various digital platforms while doubling down on traditional, pen-and-paper values such as responsible, effective writing and thorough research.

New hires like Matheson and multimedia specialist Val Hoeppner, Matheson’s predecessor as journalist-in-residence who now heads the Center for Innovation in Media, are helping build on Paulson’s vision of the college as a forward-looking source of journalism education.

“We have to give our students not just a fundamentally sound education but also instill receptivity to technology, new ideas, and lifelong learning,” Paulson says.

So in the editing class she taught last spring, Matheson plowed some familiar ground (plenty of reps with the AP Stylebook), while in her Reporting on Popular Culture class, she spent a long time discussing voice—a subject verboten in the old-school world of journalism’s “five W’s.”

“That’s something that’s changed dramatically in the last five years, and certainly in the last fifteen,” Matheson says. “It used to be that you had to take your voice out of your writing and be as objective as possible. . . . Publications used to say, ‘We’re looking for a music writer.’ Now they say, ‘We’re looking for a fresh voice.’ It’s because of voice that I was able to build a community [with Pop Candy], and it’s the reason I was fine after I got laid off from my job.” 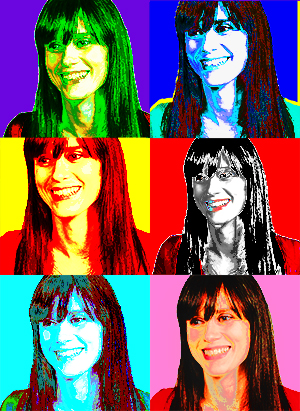 Matheson is the model for what her students can expect from a career in modern journalism if they do it right. When Pop Candy ended, she landed on her feet because she’d established a strong online presence and professional relationships that led to the chance to freelance for editors she’d wanted to work with for years.

Fairly or not, “I’m a freelancer” used to be considered journalism-speak for “I can’t find a real job.” Now, freelancing is just another viable career route Matheson discusses with her students.

“It’s a very good market for freelancers,” she says. Not only are opportunities for contract journalists abundant, but the ability to work remotely means their potential client base is almost unlimited.

As journalist-in-residence, Matheson continues to freelance for various websites not just to stay professionally relevant, she says, but also to understand the job market her students hope to enter.

“I feel like those things feed into each other,” she says. “I have to stay very active in my field in order to relate to my students and be helpful to them.”

The first thing Matheson tells students is to look for jobs outside the old business model. While there are still opportunities in “legacy media organizations,” she says, they are becoming fewer (as she can attest). Meanwhile, Web-based organizations from Facebook, Google, and Twitter to Vox, Mashable, and BuzzFeed are growing  exponentially and are hiring journalists.

“I tell my students there are jobs everywhere, they’re just not in the same places where I was told jobs were 16 years ago,” she says. “I guess you can look in traditional, print-based publications, but the truth is you’re going to find more experimentation and openness, and probably more money, in some other, less traditional places.”

Just as opportunities have increased for journalists, so has the skill set they are expected to have, she adds. Writers must now have basic proficiency in digital video and audio media, subjects now being integrated into the School of Journalism’s curricula.

But the most powerful tool an aspiring journalist can have is initiative, Matheson says.

“One lesson I’m constantly trying to get across is that it’s important not only to make your own work but also to take risks,” she says. “Every success I’ve had has been me going out and just doing something on my own.”

To borrow from another notable writer and risk taker, reports of the death of journalism have been greatly exaggerated. For proof, look at Whitney Matheson, who continues to show students what is possible—and profitable—in the new world of mass communication.