For Doug Tatum, the key to job creation is a matter of scale 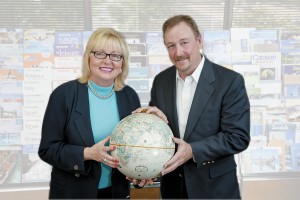 Research conducted by Doug Tatum, holder of the Wright Chair of Entrepreneurship at MTSU, suggests that the most net jobs are created by second-stage entrepreneurs. Sadly, that’s a fact not well understood by many policymakers in Washington. But Tatum’s leadership of a major national business research initiative is changing that.

As appointed head of the Institute for Exceptional Growth Companies (IEGC), Tatum’s role is to investigate the performance of exceptional growth companies (EGCs) through economic cycles and how they contribute to job creation and economic prosperity. The institute was established by the Edward Lowe Foundation, a nonprofit organization that supports entrepreneurship. The venture was funded by a $730,000 grant from the NASDAQ OMX Educational Foundation, a nonprofit supported exclusively by the world’s largest exchange company.

Under the auspices of the IEGC, Tatum is probing the relationship between equity-funding sources and fast-growing companies. His work has a special emphasis on high-growth companies in the second and third stages of development, including companies with 10 to 99 employees and 100 to 499 employees, respectively. “We believe the research will yield enormous insight into the dynamics of EGCs, how they interact with capital markets, and, ultimately, their impact on job growth,” Tatum says.

The institute will leverage the National Establishment Time Series, a database that tracks the performance of more than 41 million businesses from 1990 to 2009, to better understand the impact of EGCs on community and economic development.

“We’re at [a] historic economic inflection point in the United States,” Tatum says. “It’s important that we gain an appreciation of how companies transition to financial scale and how we capitalize that growth. We are in a phase in which our only unique advantage may be our entrepreneurs.”

The author of No Man’s Land: What to Do When Your Company Is Too Big to Be Small and Too Small to Be Big, Tatum was chair and CEO of Tatum LLC for more than 17 years. He grew the company into the largest executive-services consulting firm in the U.S., with more than 1,000 employees and professionals in 30 offices. He later served on the firm’s board and as chair emeritus until the company merged with Spherion Corp. in early 2010.

Tatum’s chair at MTSU was made possible by a $1.25 million commitment from MTSU alum Pam Wright, founder and CEO of Nashville-based Wright Travel, Tennessee’s largest travel agency. Wright says she endowed the chair in an effort to better engage the economic fight that America has on its hands competing with the rest of the developing world. “The exposure [of this chairholder], the informal instruction and teaching, the national recognition—it makes people think about what entrepreneurship is all about and whether or not it might be right for them,” Wright says.

There’s no question—according to Tatum’s research—that supporting entrepreneurship is the right path to increasing America’s jobs and prosperity.