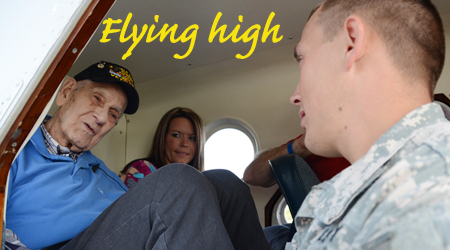 MTSU Department of Aerospace pilot Terry Dorris flew Evans, who now lives at the Tennessee State Veterans’ Home in Murfreesboro, from Murfreesboro Airport to Nashville and back.

Evans was a pilot and member of the 1st Air Wing staff in the South Pacific and China during World War II in 1944-45. He later was a commanding officer with the 11th Engineer Battalion with the 3rd Marine Division in Vietnam in 1968-69. He retired in November 1968 after a 27-year military career.