MTSU welcomes ‘Fandango at the.. 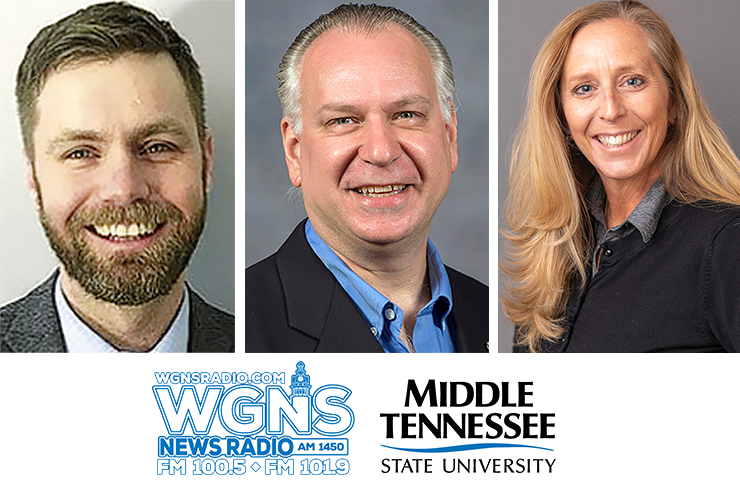 MTSU faculty appeared on WGNS Radio’s “Action Line” program by phone recently to talk about a new grant to help decrease student textbook costs, plans for the Chris Young Cafe and introduction of the dean of the James E. Walker Library.

The live program with host Scott Walker was broadcast on FM 100.5, 101.9 and AM 1450 from the WGNS studio in downtown Murfreesboro. If you missed it, you can listen to a podcast of the Feb. 15 program here.

• Dr. Ryan Korstange, assistant professor of University Studies, who is part of an interdisciplinary team that has been awarded a $100,000 grant from the Tennessee Board of Regents to support the adaptation, adoption, and creation of Open Educational Resources to increase student success by significantly lowering the cost of textbooks.

The one-year grant, Embracing Equity through OER, runs from January 2021-December 2021 and include workshops and faculty learning communities to support the development and use of OER across MTSU.

• Frank Baird, assistant professor of audio production and the new director of the Chris Young Cafe, who discussed the recent grand opening of the MTSU learning lab and live entertainment venue. The Chris Young Cafe expanded from its previous 3,200 square feet of usable space to nearly 4,100 airy square feet, features a single large stage along its distinctive east-facing windows, backed by a Department of Media Arts custom LED video wall.