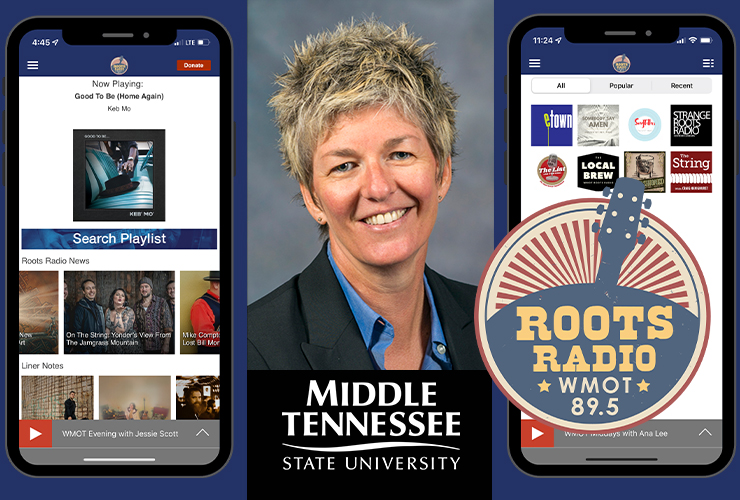 The radio app will allow listeners to tune into a livestream of WMOT’s programming from anywhere around the world. App users will also be able to access WMOT’s on-demand content, including recent interviews and performances, such as “Wired In,” “Words and Music,” and “Finally Friday.”

“We’re excited to offer our listeners a new way to experience WMOT’s programming,” said Executive Director Val Hoeppner. “Our new app will make it easier than ever for people to connect with the American roots music they love, whether they’re at home or on the go.”

The WMOT app allows listeners to pause and rewind live audio, view the program schedule, and even wake up to WMOT with the alarm feature.

Other app features include: 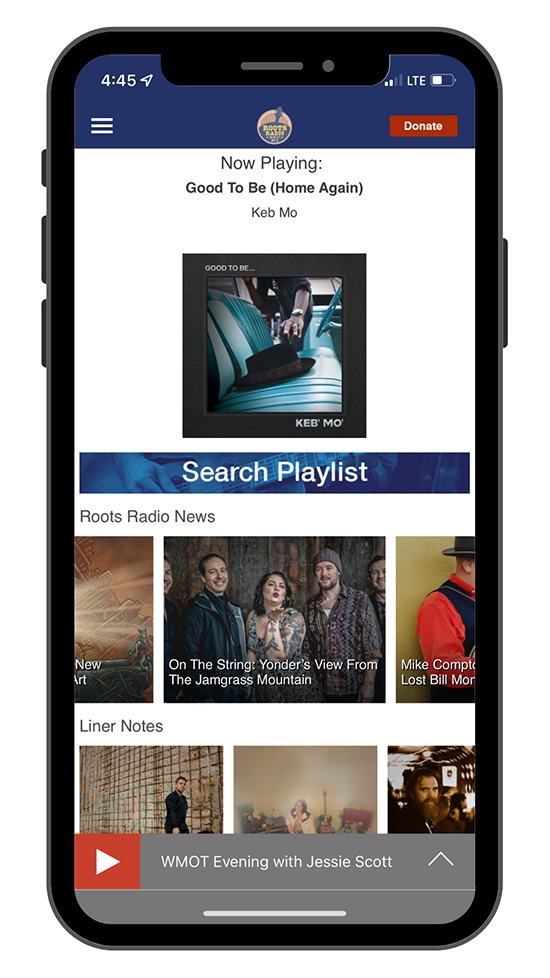 This screenshot shows one of the features available on the new WMOT-FM radio app recently launched by the American Roots station based at MTSU. (Courtesy of WMOT-FM Roots Radio 89.5)

The WMOT listener-powered radio app is brought to you by Middle Tennessee State University and Public Media Apps.

WMOT Roots Radio 89.5 is a nonprofit arts organization dedicated to building community around Nashville’s musical heritage, enriching our listeners’ lives by championing music discovery, curating live music experiences and training the next generation of leaders in the media and entertainment industries.