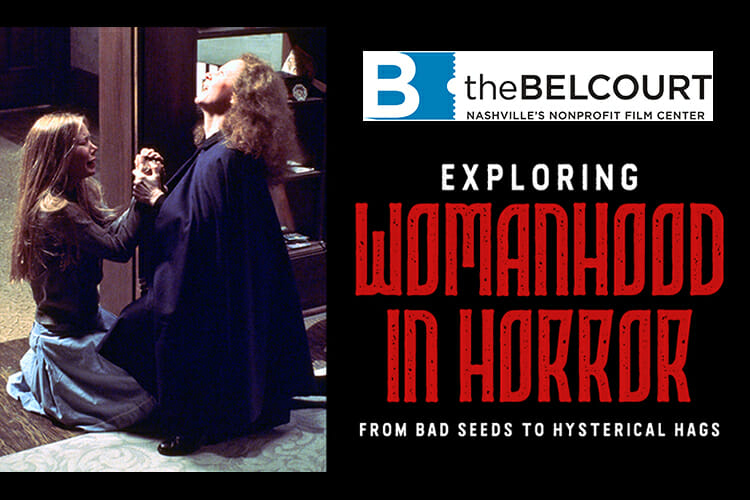 An MTSU professor is ready to pull back the curtain on the fearsome roles women and womanhood have played in horror movies at a special pre-Halloween seminar at Nashville’s Belcourt Theatre.

Lisa Williams, a lecturer in MTSU’s Department of English and the Women’s and Gender Studies Program, will present “Exploring Womanhood in Horror: From Bad Seeds to Hysterical Hags” Thursday, Oct. 25, from 7 to 9 p.m. at the Belcourt Theatre, 2012 Belcourt Ave. in Nashville.

Attendees will participate in critical discussions about the role of feminism in horror and exploitation as well as the genre’s relevance in studying society and gender.

The exploration of women and horror comes as the 2018 remake of the 1978 movie “Halloween” plays in theaters nationwide.

At the 2018 San Diego Comic-Con, actress Jamie Lee Curtis commented on her role as Laurie Strode in the original 1978 movie and in the 2018 remake, which focuses on her character as someone who has lived with post-traumatic stress disorder since she was attacked 40 years earlier by a serial killer.

Curtis framed the remake in the context of the emergence of the #MeToo and #TimesUp movements.

“It’s a movie about trauma,” Curtis said. “We are not going to allow you to write our narrative anymore. We will fight back against the oppression. That’s exactly what Laurie Strode has been waiting to do for 40 years, and, finally, 40 years later, she gets the opportunity.”

Williams also is the writing studio director at the Watkins College of Art, Design and Film. Her research interests include feminist film theory, horror film studies and teaching composition as activism.