MTSU Out of the Blue: Septembe..

An MTSU student’s fresh approach to an old way of paying the bills in college was the topic of a recent “MTSU On the Record” radio program.

Host Gina Logue’s interview with Nathan Fink, a junior music business major in MTSU’s Department of Recording Industry, first aired Sept. 3 on WMOT-FM Roots Radio 89.5 and online at www.wmot.org. You can listen to their conversation above.

Fink, a 21-year-old transfer student originally from Horicon, Wisconsin, who now lives in Lebanon, Tennessee, has a mobile smoothie franchise called Maui Wowi that he takes to youth events.

He also mows lawns, making business contacts through apps such as GreenPal and Plowz & Mowz.

Marketwatch.com included Fink in a July 24 story about college students who avoid taking out loans for their education by operating their own businesses, including franchises and online marketplace shops. You can read it here.

While working hard to pay for tuition and books means less time and energy for recreation, Fink said he’s determined not to rely on student loans —or his parents’ financial support — to get through college.

“The very first thing I ever did was to sell dandelions on the front lawn of my house,” Fink said. “I was, I think, 4 years old. It was one for 1 cent or six for 5 cents because I understand a deal. 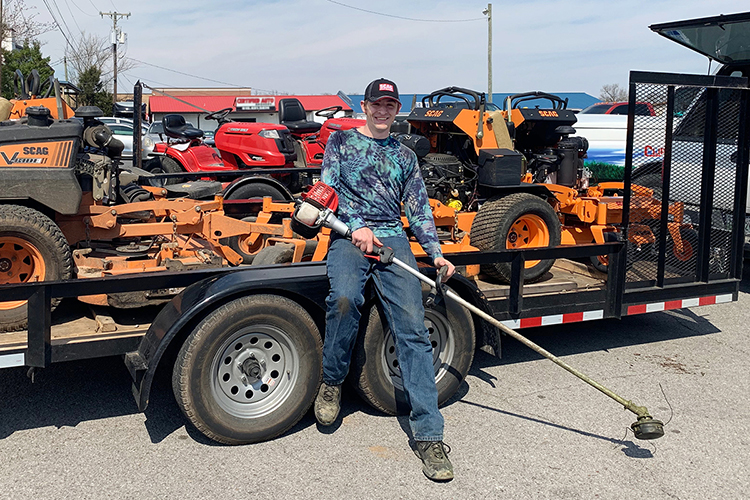 MTSU junior Nathan Fink of Horicon, Wisconsin, poses with the equipment he uses in his lawn-care business. Fink, a music business major and an entrepreneur since childhood, operates two businesses to pay for his college education and graduate debt-free. (Photo courtesy of Nathan Fink) 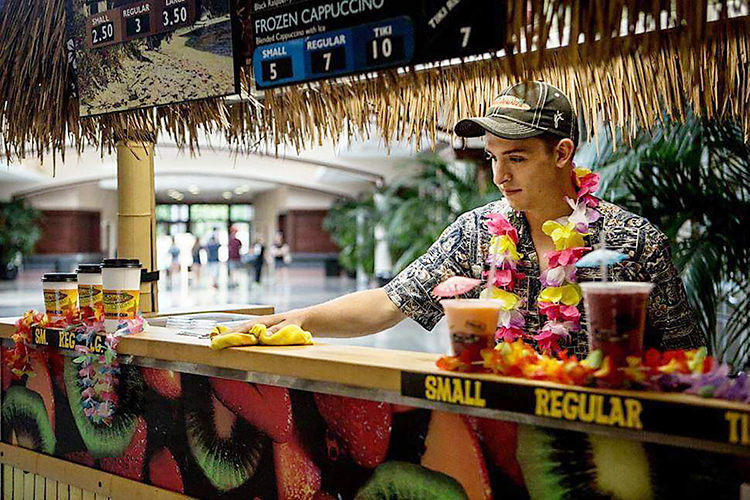