In the News: Totalitarianism, ..

'Coping with COVID': Listen to.. 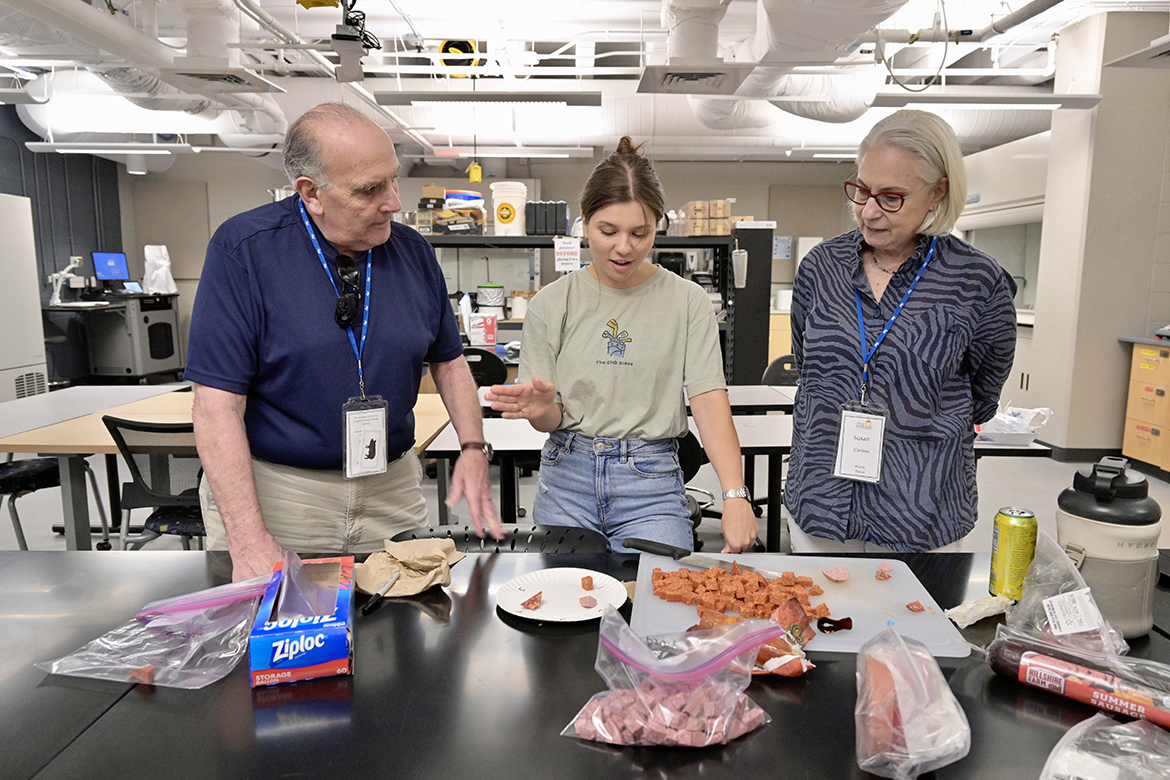 Alumni Summer College recently returned to MTSU in-person for the first time since 2019 after Covid forced the cancelation of the popular event the past two years.

Nearly 70 participants came from across the region, state and Southeast, to learn what’s happening on the Middle Tennessee State University campus, renew and make new friendships and literally get a taste of a five-year-old Fermentation Science program in late June.

The aim of Alumni Summer College is to educate alumni, family and community members about MTSU in a fun, relaxed and interactive environment.

Bob Cimino (Class of 1967) of Wylie, Texas, near Dallas, and his wife, Susan, returned this year after enjoying the summer college experience three years ago.

“We enjoyed summer college for sure. It’s an exceptional program,” said Cimino, who earned his bachelor’s degree in mathematics and industrial studies.

The Ciminos knew “very little about fermentation science other than alcohol,” he said. “We learned about meats, cheeses and, of course, yogurt. We’ll continue to attend Alumni Summer College.”

Cimino retired about 15 years ago. He worked 23 years for Eastman Kodak and 10 years with Electro Scientific Industries.

At MTSU, he recalls taking classes taught by the late Edwin Voorhies, the department chair, working in the planning office and starting school in 1962 when it was Middle Tennessee State College and graduating two years after it became a university in 1965.

“After three years of not being together and not really having large groups on campus, we were so excited to have 65 people registered to come to Alumni Summer College,” said Ginger Freeman, director of the MTSU Alumni Relations Office.

“It’s just an opportunity for everybody to get back together, show off the campus and show off a new program,” Freeman added. “It’s been great to see old faces, new faces and get to have fun together.”

MTSU has more than 300 combined undergraduate and graduate programs. The School of Agriculture is one of 11 College of Basic and Applied Sciences departments. Fermentation is one of the newest agriculture programs.