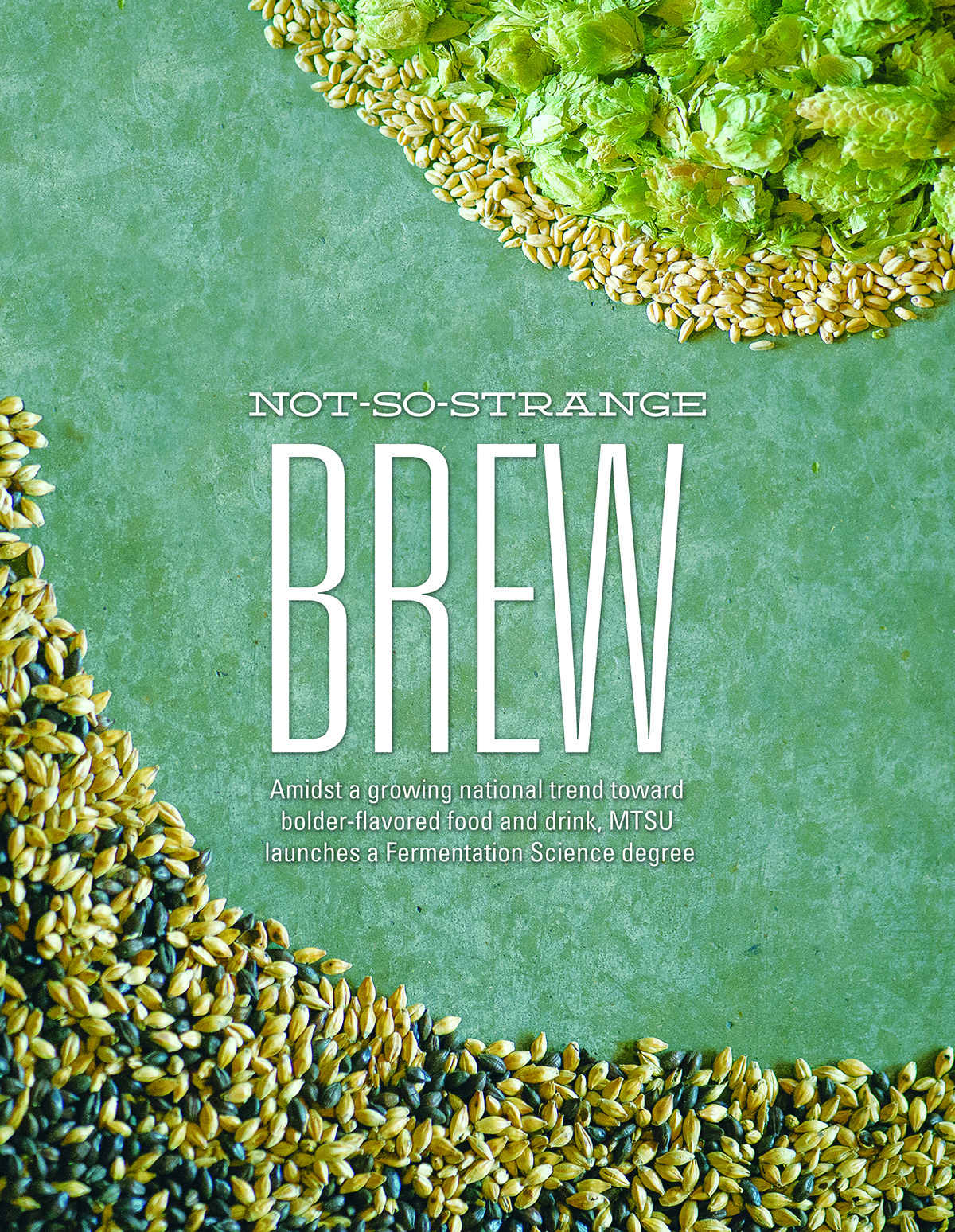 Like a fine wine, or the bacterial base for a tasty sourdough bread, good things
often require time to come into the fullness of their being.

The same is true for MTSU’s forward-thinking Fermentation Science degree program, launching in 2017. The program, led by director Tony Johnston, required approval from both the Tennessee Higher Education Commission and Tennessee Board of Regents.

The degree concept was the product of a challenge by former Provost Brad Bartel and Robert “Bud” Fischer, dean of MTSU’s College of Basic and Applied Sciences, who pushed his faculty to develop innovative new programs not offered elsewhere in the region. Presented with the idea of a new Fermentation Science degree, Fischer realized that, for the most part, academia had yet to respond to game-changing trends redefining the multi-billion-dollar fermentation industry across the country—specifically the brewing industry highlighted by craft beers and small-batch brewing.

“The original concept was we’d launch a brewing science program,” Johnston said. “Craft beers had become very popular. Ten years ago, it was just an outgrowth of the home hobbyist—probably the biggest name people can associate with this is Sam Adams, which started with a bunch of guys who wanted to make a better beer. They were one of the first craft breweries to go nationwide. Since that phenomenon, craft brewing has become extremely popular—it’s grown to the point that the big brewers are seeing their market share shrink due to the growth of craft brewing.”

According to the Beer Institute, a Washington, D.C.-based lobbying organization representing the beer industry, the combined economic impact of brewers, distributors, retailers, supply chain partners, and related industries in the U.S. was more than a quarter-trillion dollars in 2014—$252.6 billion—generated by around 3,300 brewers, importers, and 6,700 beer distribution facilities across the country. 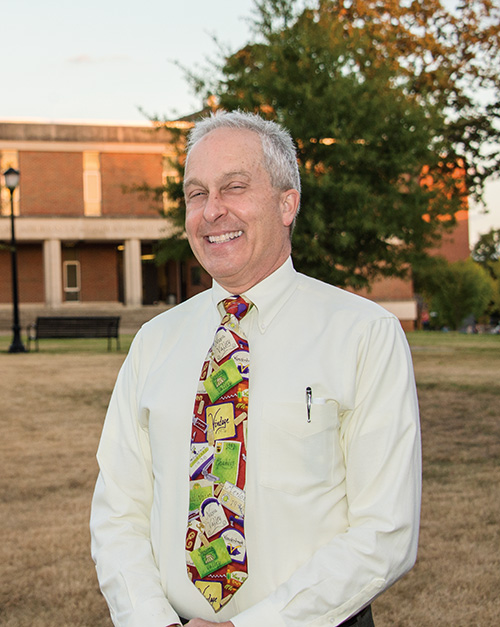 A Broader Scope
Importantly, though, this new degree is not simply about brewing beer and distilling spirits. The full scope for the new degree has grown beyond just fermenting hops and barley—key ingredients in brewing beer—to any and all fermented foods and beverages.

According to published reports, 53 percent of U.S. customers are seeking bolder flavors in their foods—and foods with nutritional and long-term health value—and that demand is being met by fermented foods. Food fermentation is also the only food preservation technique that does not require the input of energy to accomplish, making it a critical new tool at a time when there are concerns regarding increased global demands for energy sources and land use for food production.

“The science behind brewing beer and fermenting foods is largely the same,” Johnston said. “We use microorganisms such as yeast, bacteria, and mold to create foods we like
to consume—cheese, sour cream, buttermilk, yogurt, sauerkraut, summer sausage, pickles, kimchi, to name just a few. That’s fermentation.”

Fermenting foods and beverages, according to Johnston, elevates the food’s nutritional impact.

“The idea is that when we ferment milk, for instance, it has more vitamin content than before because the microorganisms have put more nutrients into the products,” Johnston said.

But the benefits of fermentation aren’t limited to what they can add to foods; it’s also what the process can remove from them.

“These microorganisms can also convert sugars into acids that are much better for us than the sugars,” Johnston said. “For example, people often don’t realize how much sugar is actually in fluid milk—and we have enough sugar in our diets.”

While the practice of fermenting foods is longstanding—credible evidence suggests fermenting dates back 8,000 years or so in China—the science behind the processes continues to evolve. It wasn’t until the late 19th century when scientists began to understand that tiny living creatures—including yeast, bacteria, and mold—were at the heart of cheese creation, as well as beer, wine, alcoholic spirits, and thousands of other fermented foods. And even today, scientists are finding new efficiencies by adjusting the balance of the microorganisms that drive fermentation processes.

“Most consumers are concerned with three things: Does it smell good, does it taste good, and is it available for a price I’m willing to pay?” Johnston said. “What consumers don’t understand is there’s a whole world of science that goes into the product sitting on the shelves. These students are going to graduate and go to work in the industries to create products these consumers want to buy because it’s good, it’s safe, and at a price I’m willing to pay.” 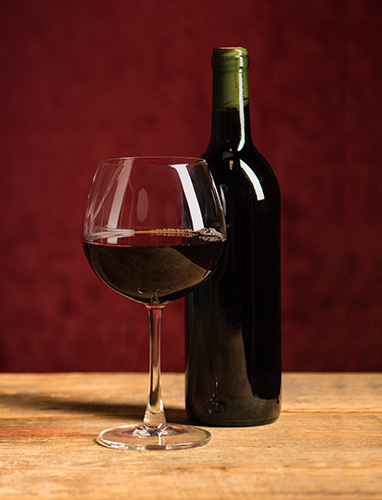 A Tennessee Tradition
And that includes alcoholic beverages, which can be problematic when teaching the science behind brewing beer to undergraduate students, most of whom will be too young to sample the products legally in Tennessee. However, Tennessee’s state legislature addressed the paradox by passing a much-publicized law in the spring of 2016 to allow juniors and seniors under the age of 21 and majoring in Fermentation Science to taste the fermented products containing alcohol they create as part of their coursework.

“This was a very important issue for everybody because we don’t have really good instrumentation to tell us the flavor or aroma of a food,” Johnston said. “Humans have to taste it and smell it to know whether it meets our requirements. Even with the new law, [under-age] students still aren’t legally allowed to swallow the stuff. And, as silly as that sounds, as a professional taster you never swallow food anyway.”

Another potential boon to the program is that out-of-state students could save tens of thousands of dollars in tuition. This degree program would be rare in the 15-state Southern Regional Education Board’s Academic Common Market. (The nearest universities offering similar coursework are Appalachian State in North Carolina, Eastern Kentucky in Kentucky, and Auburn in Alabama).

“That means a student in a neighboring state could be eligible for in-state tuition because there is no school in his or her state that offers this program,” Johnston said. “Schools from Maryland to Florida and over to Texas are members of this Southern compact—this program has the potential to draw [students] from a huge part of the country.” 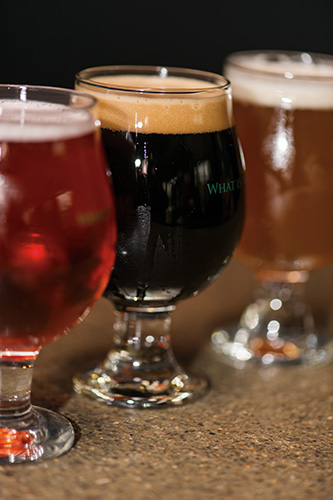 “I’d especially love to hear from MTSU alumni who have a company or connection who might be interested in hosting an interning student from our fermentation program,” Johnston said.

One alum with big plans for MTSU’s new program is Mark Jones (’90), founder of Steel Barrel Brewing Co., a new 82-acre agribusiness enterprise slated to open on John Bragg Highway in Murfreesboro in 2017. (Think Arrington Vineyards, only serviced by a brewery instead of a winery and raising hops instead of grapes.)

Jones’ business will be the permanent location of MTSU’s new fermentation and sensory labs, a sort of “psychological space” highlighted by blind testing, tasting, and smelling activities. Set to open at the same time as the proposed launch of the new MTSU Fermentation Science degree program, the modern, cutting-edge facility promises to greatly expand the real-world opportunities for Fermentation Science students to work and learn in a real-world setting.

“It’s almost meant to be, the way things are laying out,” said Jones, who along with Basic and Applied Sciences Dean Fischer recently hosted a group of state lawmakers at the site. “Part of the new degree requires internships, and we can give students hands-on, real-world opportunities, as well as prepare what will become a qualified labor force for us.”

Indeed, the Steel Barrel partnership serves as just one example of the many ways the new Fermentation Science program will closely align with Tennessee’s workforce development agenda. Graduates of the program will have the opportunity go to work in a variety of positions for major manufacturers operating in middle Tennessee, including General Mills (home of Yoplait, the largest manufacturer of yogurt in the nation), Kroger (Dairy Division), Brown-Forman (Jack Daniel’s), and Diageo (George Dickel), as well as an ever-increasing number of locally owned and operated fermented food producers. Statewide, the latter includes at least 28 other distilleries, 52 breweries, 60 wineries, and 10 cheese-making operations.

As home to such a large and diverse community of food processors, many of which have experienced the most growth over the past decade in their fermented foods divisions, the local and regional area will no doubt benefit economically from MTSU’s new role in producing graduates with specialized chemistry, biology, business, marketing, and entrepreneurial training ready to sustain and advance the industry. It won’t hurt the middle Tennessee area’s burgeoning farm-to-table food and drink scene, either. MTSU

Tony Johnston, director of the new Fermentation Science degree program, is also MTSU’s faculty nominee to the University’s Board of Trustees.