In a sense, while not physically performing the ritual of saying “cheers” or offering a toast associated with alcohol, those attending a recent craft beer forum at Middle Tennessee State University returned home feeling positive about future prospects in these growing industries.

Held in the Miller Education Center atrium, the forum was for current or first-time exporters looking to expand their markets. Presenters’ topics included marketing, financial solutions for exporters, mitigating risks in the international marketplace and more. 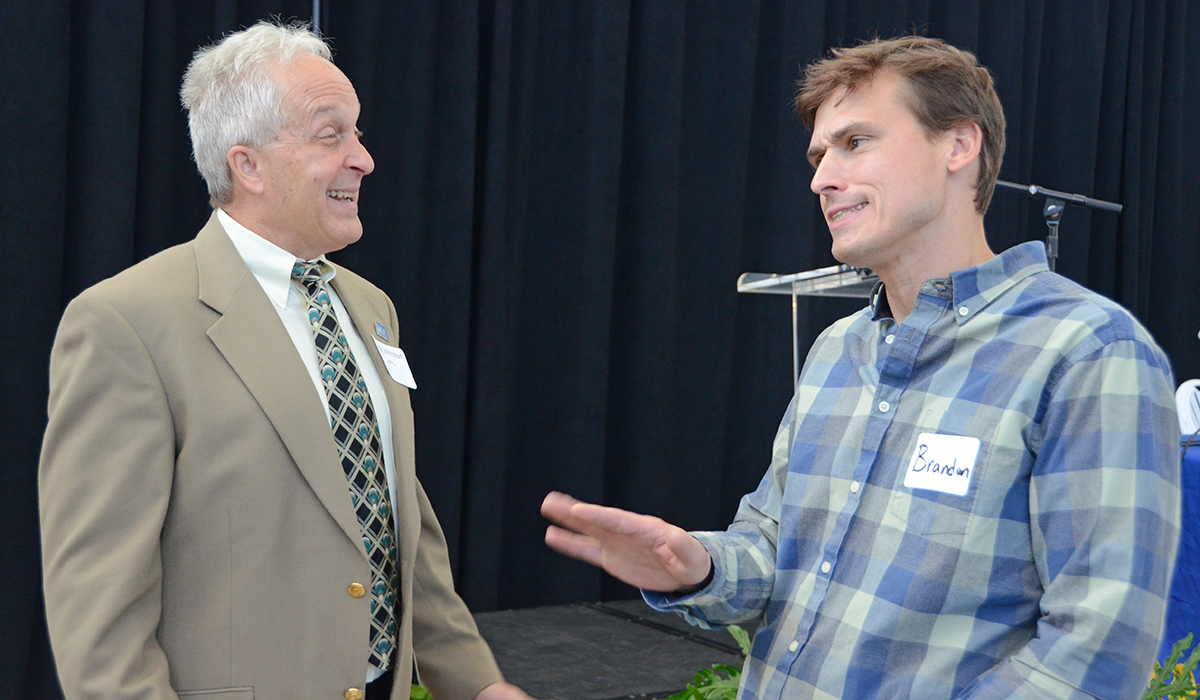 Tony Johnston, director of the MTSU fermentation science program, said he had “received nothing but enthusiastically positive responses from the presenters. … Overall, I believe the seminar was a hit.”

Now in its third year, MTSU fermentation science is the first degree program of its type in Tennessee. Trained graduates are in demand to meet the needs of the booming world population. Graduates can work in a variety of positions for major manufacturers. Its laboratory facilities are a partnership with Hop Springs Beer Park. 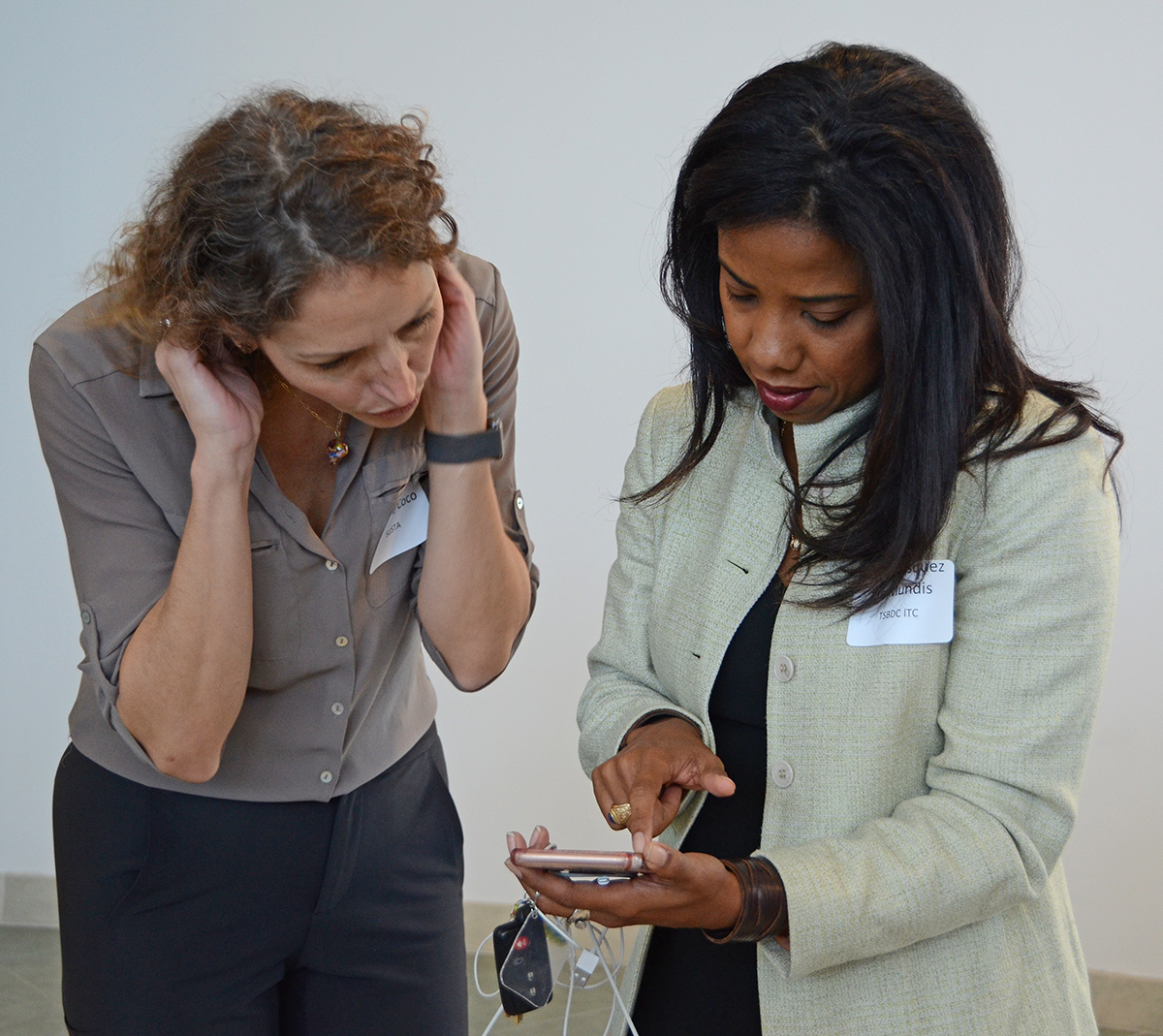 “The Tennessee Department of Agriculture was very happy to be a part of the seminar,” Johnston said. “(TDA) Deputy Commissioner Keith Harrison spoke with me immediately after it ended to relate his pleasure. Rachel Lawson has already asked to be invited to speak again and Glenn Shearron with V. Alexander emailed to ask how they can assist with our program.”

Aaron Carson with Gypsy Circus Cider Company in Kingsport and Knoxville, Tennessee, said the get-together “provided a lot more clarity of how to expand our markets. This fulfilled the need. Manufacturers and alcohol producers (previously) didn’t have a line of sight on this.”

“We had a lot of support from Tennessee state government,” Vasquez de Mundis said. “… There are a lot of good products and a lot of interest and support of the products.”

Kevin Kolheim with Beale Street Brewing Company in Memphis, Tennessee, said the “financing of how to export (product) was one of the high notes. Each speaker gave you something to think about, in areas of insurance, legal aspects and the international trade market.”

Ordung said “this is just the beginning. Six to 10 businesses are serious exporters. When you have a success story, you build the momentum you are looking for.”

Hosted at MTSU, the TSBDC features a network of offices across the state staffed by certified professional business counselors who assist small business owners, entrepreneurs, and individuals with developing their business ideas for services and products.

MTSU has more than 300 combined undergraduate and graduate programs. Fermentation science in in the School of Agriculture — one of 11 College of Basic and Applied Sciences departments. To learn more, call 615-898-2421. 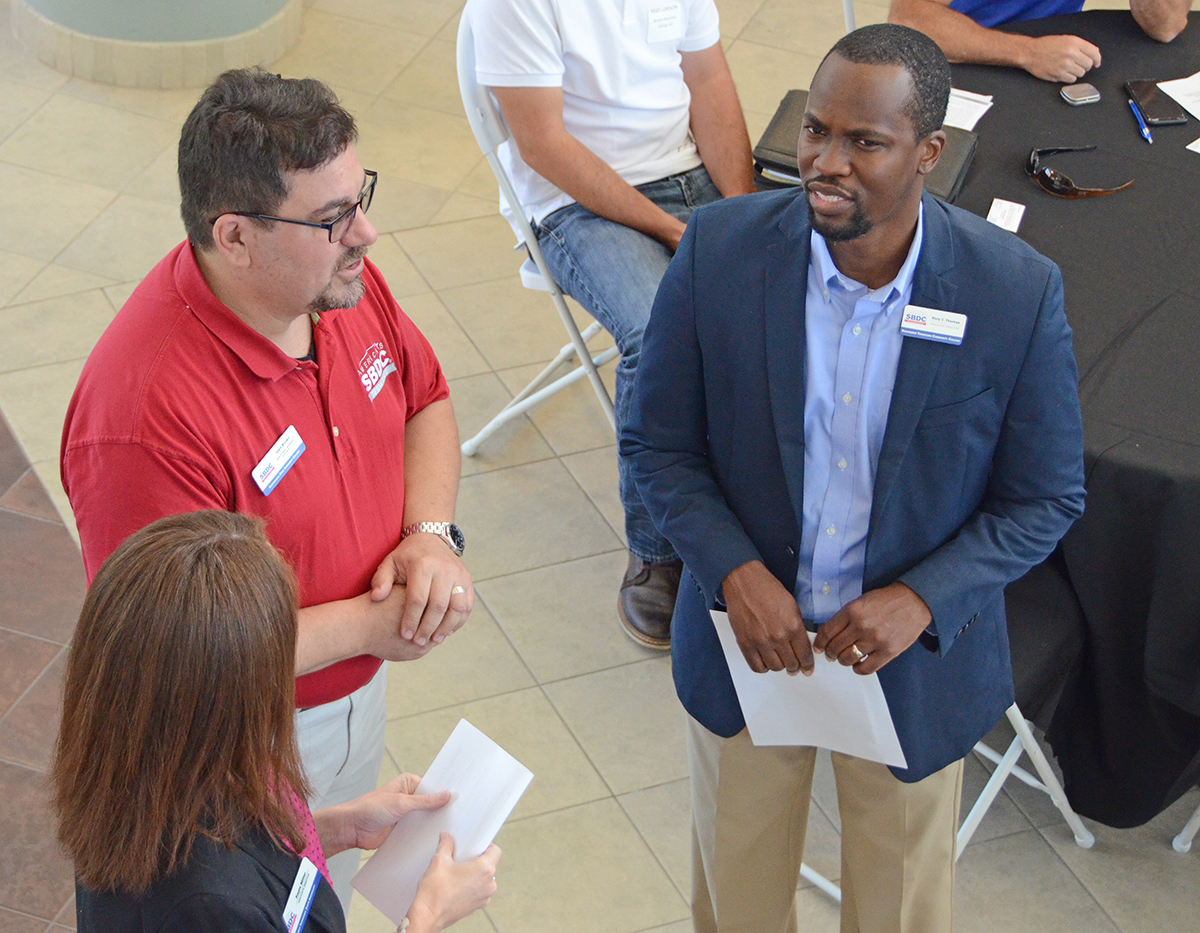 Attendees at the inaugural Tennessee Craft Beer and Spirit Distilleries International Sales Opportunities Forum Aug. 27 in the MTSU Miller Education Center atrium confer before the start of the event that drew more than 60 people from across the state. (MTSU photo by Randy Weiler) 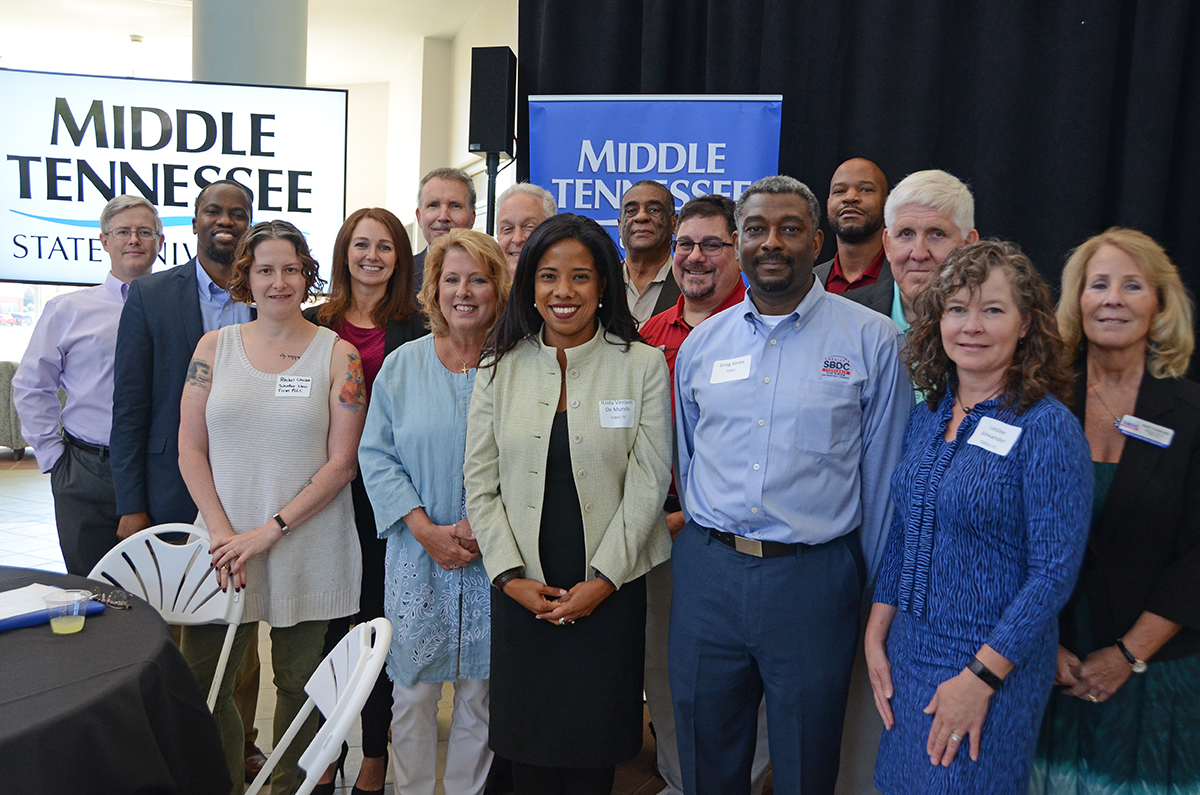 Organizers and presenters for the inaugural Tennessee Craft Beer and Spirit Distilleries International Sales Opportunities Forum gather before the start of the Aug. 27 session in the Miller Education Center atrium. (MTSU photo by Randy Weiler)