Trailer for "Spirit Song" from Citizen on Vimeo. 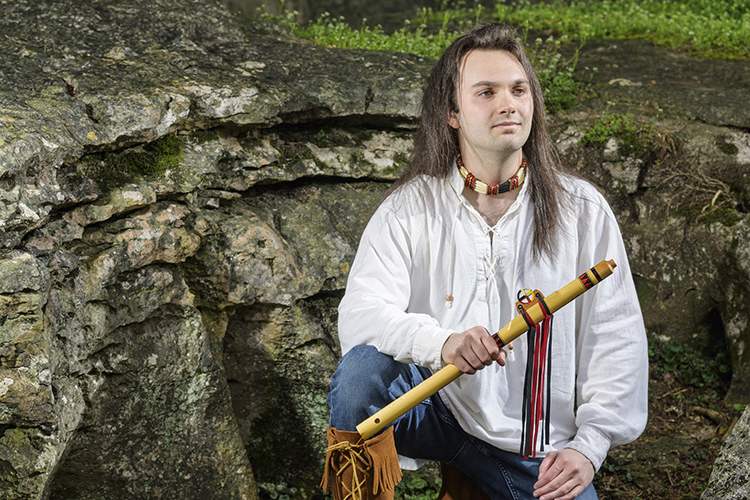 Native American advocate Gareth Laffely, pictured here at Stones River National Battlefield in Murfreesboro, is an MTSU Honors College student, Harold Love Outstanding Community Service Award recipient and an award-winning multi-instrumentalist and composer. His music will be featured in the Nov. 7 screening of the documentary “Spirit Song” at the Tennessee State Museum in Nashville. (MTSU photo by Andy Heidt)

The project, which also includes narration by Wes Studi (“Dances with Wolves,” “Last of the Mohicans,” and “Avatar”), was filmed on the famed Skywalker Ranch, established 40 years ago by George Lucas, creator of the “Star Wars” movie franchise.

The film, which documents the recording of “Voices of the Guardians” and showcases the sacred tribal areas and nearby indigenous cultures that inspired the project, is an official selection of the 2019 American Documentary Film Festival and the George Lindsey Una Film Festival. 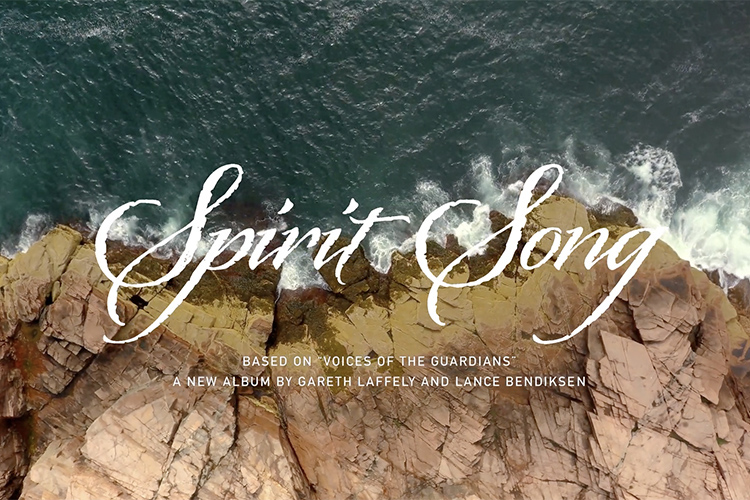 This screen capture is from the trailer for “Spirit Song,” a documentary featuring the music of MTSU Honors College student Gareth Laffely, a multi-instrumentalist and Native American advocate.

The screening will be followed by a discussion with the 21-year-old Laffely and a traditional Native American flute musical performance by the talented multi-instrumentalist. Laffely, an Honors College student who at age 17 became the youngest artist to reach No. 2 on the Billboard New Age chart, is of Native American ancestry, with a bloodline tracing back to the Mi’kmaq (pronounced “mickmaw”) and Cree tribes.

Laffely’s passionate performances of original compositions that promote social justice and historical awareness are helping to propel him as an impact activist for the Native American community. He uses his music as a tool for advocacy and channels his own unique experiences to do good for others.

Recently named a recipient of the Harold Love Outstanding Community Service Award from the Tennessee Higher Education Commission, Laffely is one of only a handful of students, faculty or staff members in the Tennessee higher education system selected for the honor that recognizes significant public service. The award is named for Harold Love Sr., who served on the first Metro-Nashville Council in the early 1960s and later in the Tennessee House of Representatives.